Take your gravy to the next level by enriching its flavour with caramelised onion and apple cider.

Rich, delicious and an absolute must-have to serve with bangers and mash or roast pork. 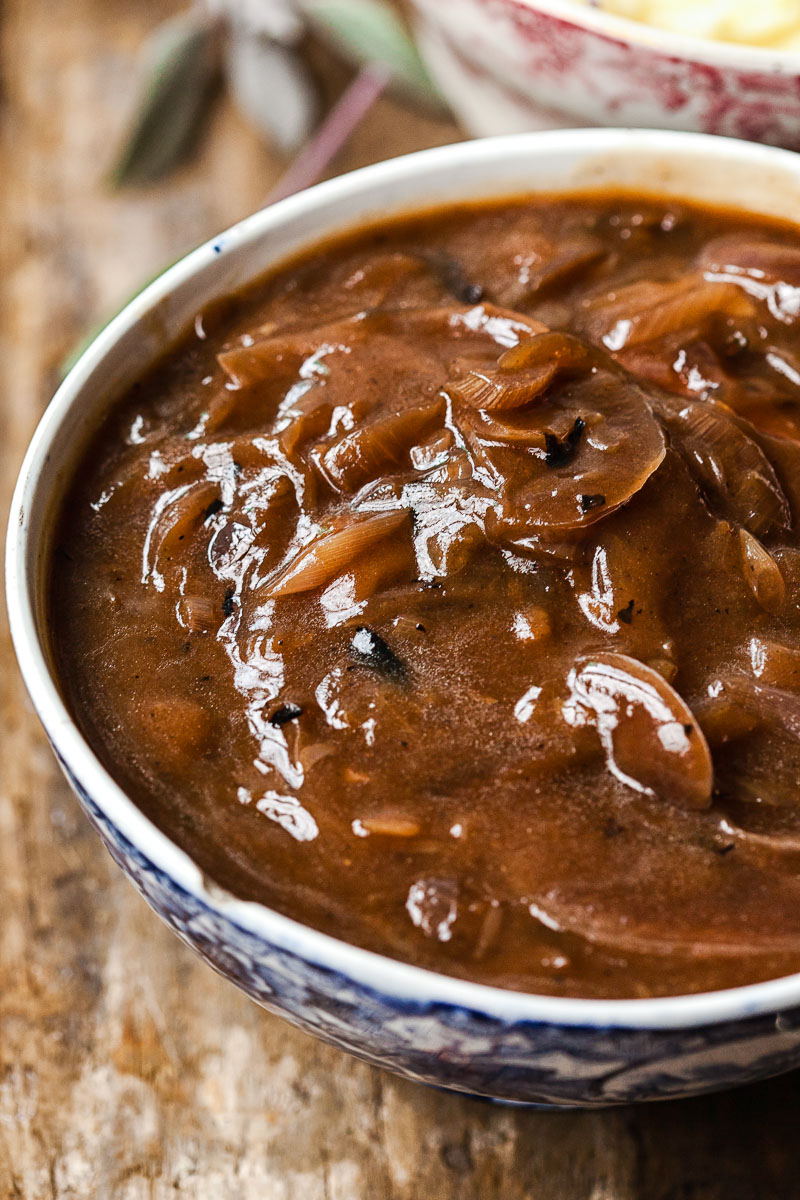 Gravy always seems like an afterthought. Something we whip up quickly right before serving a giant roast dinner. That attitude might indicate that gravy is not very important while the truth is gravy MAKES a meal.

I am so excited to share another gravy recipe. And this time I am adding mounds of red onions and apple cider for the most epic gravy ever!

What does it taste like? Like French Onion Soup and Apple Cider had a love child. Utterly delicious!

As the name suggests, the taste of this gravy recipe heavily relies on the onions. I like using red onions as I find they tend to be sweeter than white onions when caramelised.

Another huge flavour maker here is Hard Apple Cider such as Strong Bow. I’ve used apple cider in gravy and sauce recipes in the past and absolutely fell in love with it. It adds a touch of acidity as well as sweetness to deeply savoury dishes, which is a great flavour balance!

This recipe for Pork Chops with Apples and Cider is one of my personal favourites and is well loved by my readers! Interestingly enough apple cider also goes well with chicken. The crazy popularity of this viral  French Chicken Casserole is proof!

The remaining ingredients are pretty standard. Butter, chicken or beef stock and flour for thickening. 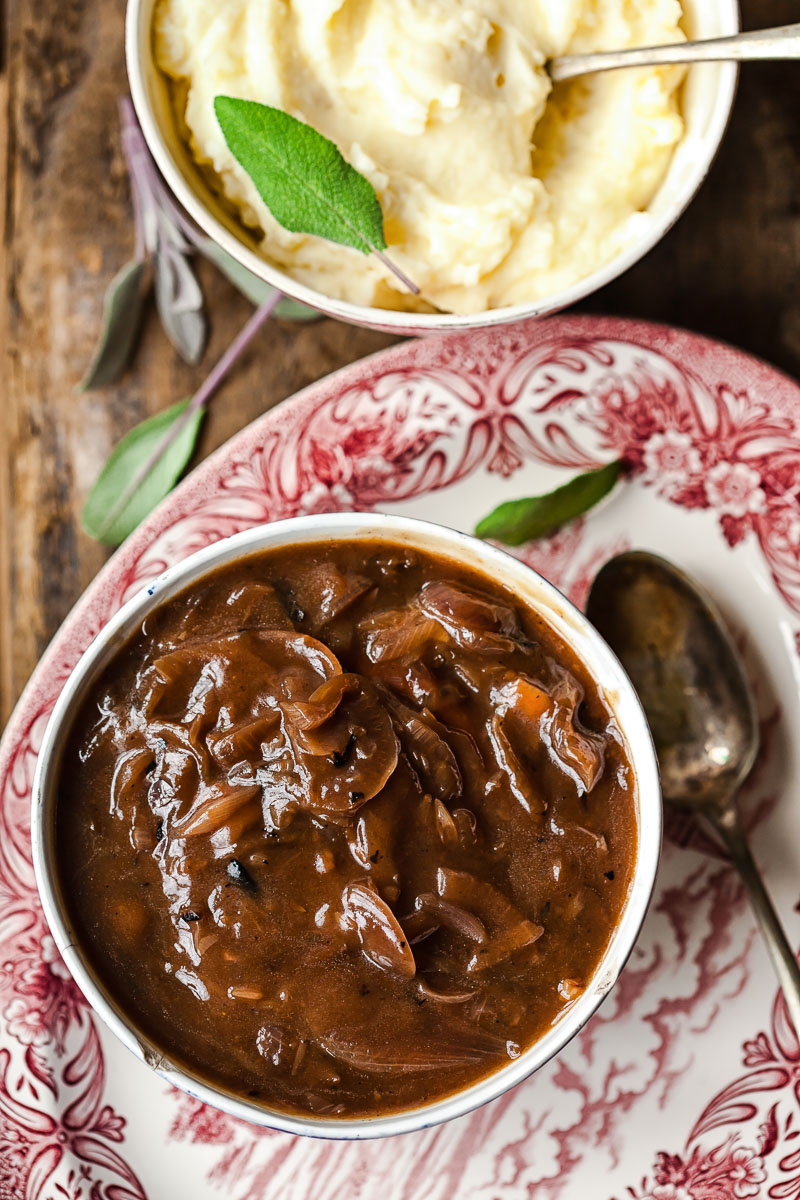 Gravy goes with so many types of meat and potatoes, and that is why it’s important to have a good recipe handy. It’s also helpful to have a variety of recipes to break up the routine once in while. I am attaching a list of recipes below.

This onion gravy recipe will taste amazing when poured over our Rosemary and Thyme Roast Chicken and Potatoes, Prime Rib Roast or these Herb and Garlic Mashed Potatoes. Take your pick and enjoy! 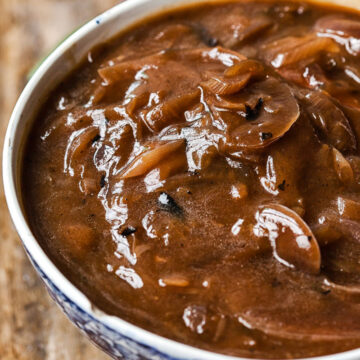