Add a layer of cheese and juicy meatballs to your penne alla vodka, then bake it for an ultimate cozy dinner at home.

Why not start this scrumptious meal with some antipasti like Italians do. 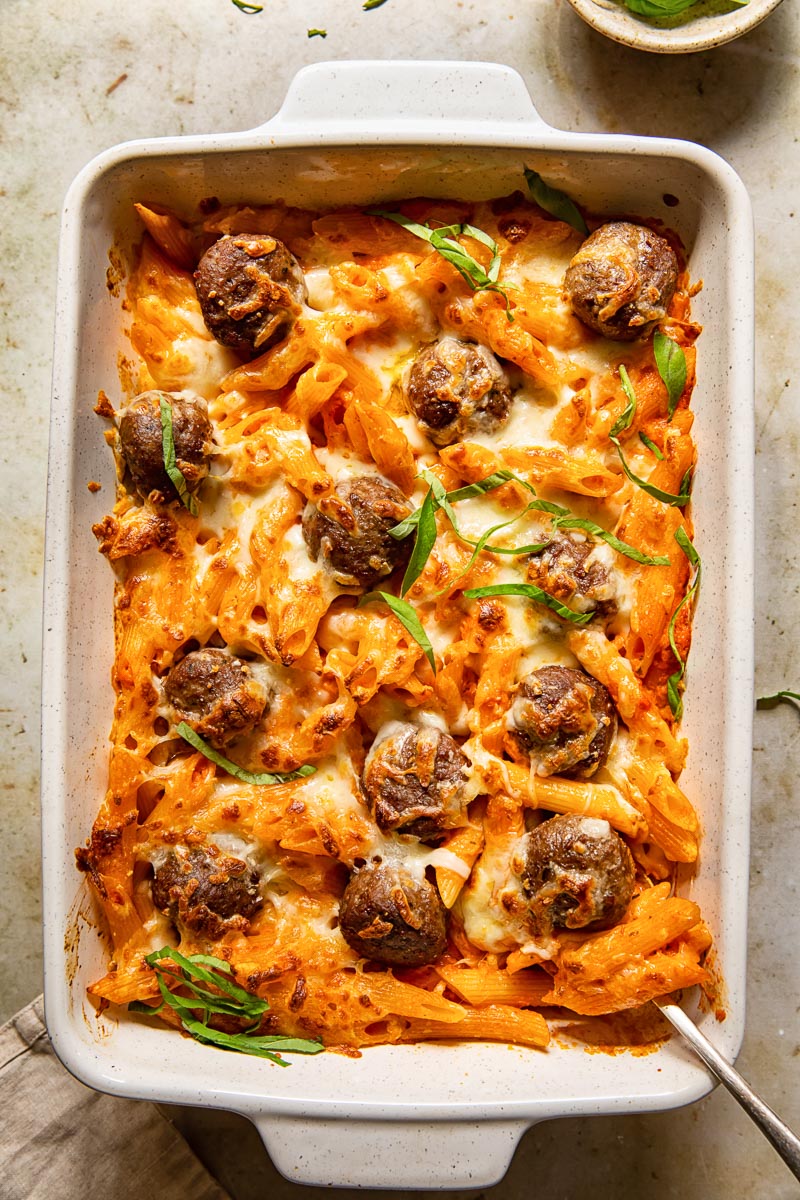 Baked pasta dishes with that crispy cheesy layer on top are infinitely more popular with my family than the unbaked ones.

This sausage pasta bake with mozzarella has been a staple at our house for over a decade. Everyone always ends up fighting for those cheesy bits!

So with that in mind I decided to combine our favourite creamy penne alla vodka with Italian style meatballs, then top everything with mozzarella and bake.

The end result was nothing short of sublime. A beautiful one pan dinner, which is hearty yet elegant. It hits the spot when you crave comfort but also good enough to serve to guests.

While you can make a simple tomato basil pasta sauce, a creamy vodka sauce is so much more special. It’s that small addition of the heavy cream, that makes all the difference. Tangy, rich and utterly delicious. 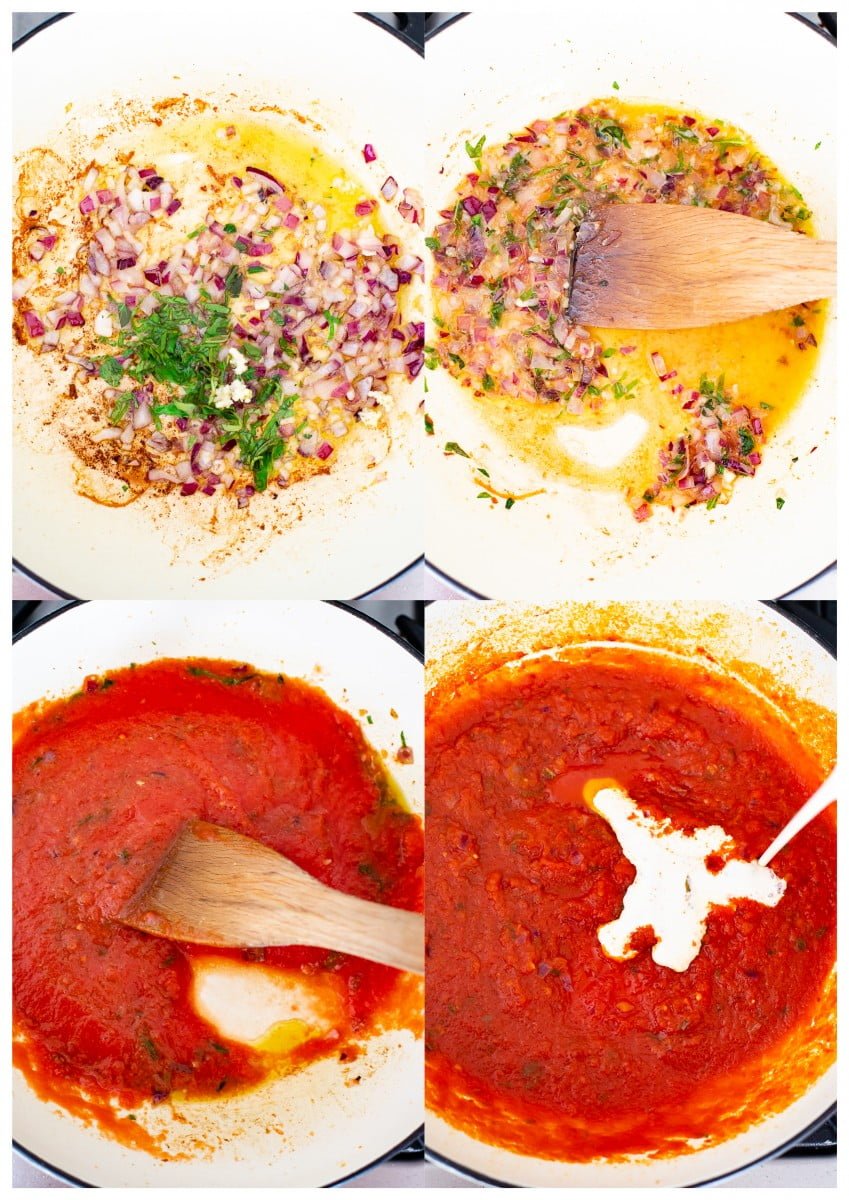 Sometimes I leave the sauce chunky for a rustic feel, which could be so appealing at times.

But more often than not I blend it for a silky smooth finish. I believe that baked pastas taste so much better with creamier sauces. Yes, I AM thinking of baked macaroni and cheese right now! The epitome of baked pasta and comfort food.

How many of us feel like only a bowl of mac and cheese could soothe when extra care is needed. That’s what my kids usually request.

I was going for the same nostalgic feeling with this baked penne dish, so adding every child’s favourite meatballs to the mix only made perfect sense!

My main tip for baked pasta is to double the amount of sauce you’d normally use. Since it gets absorbed into the pasta while it’s baking, the dish can end up looking a bit dry if the sauce is not plentiful. 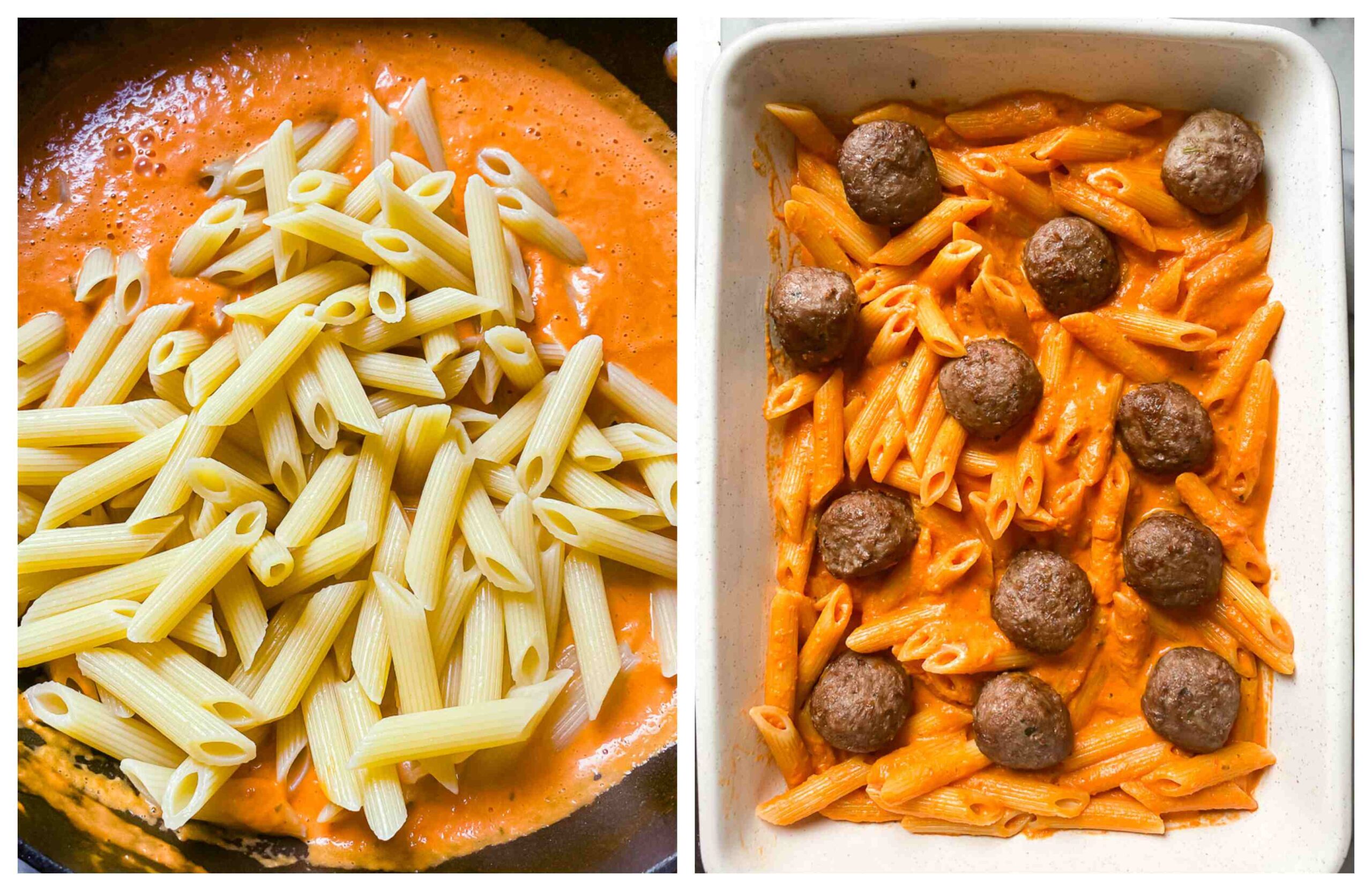 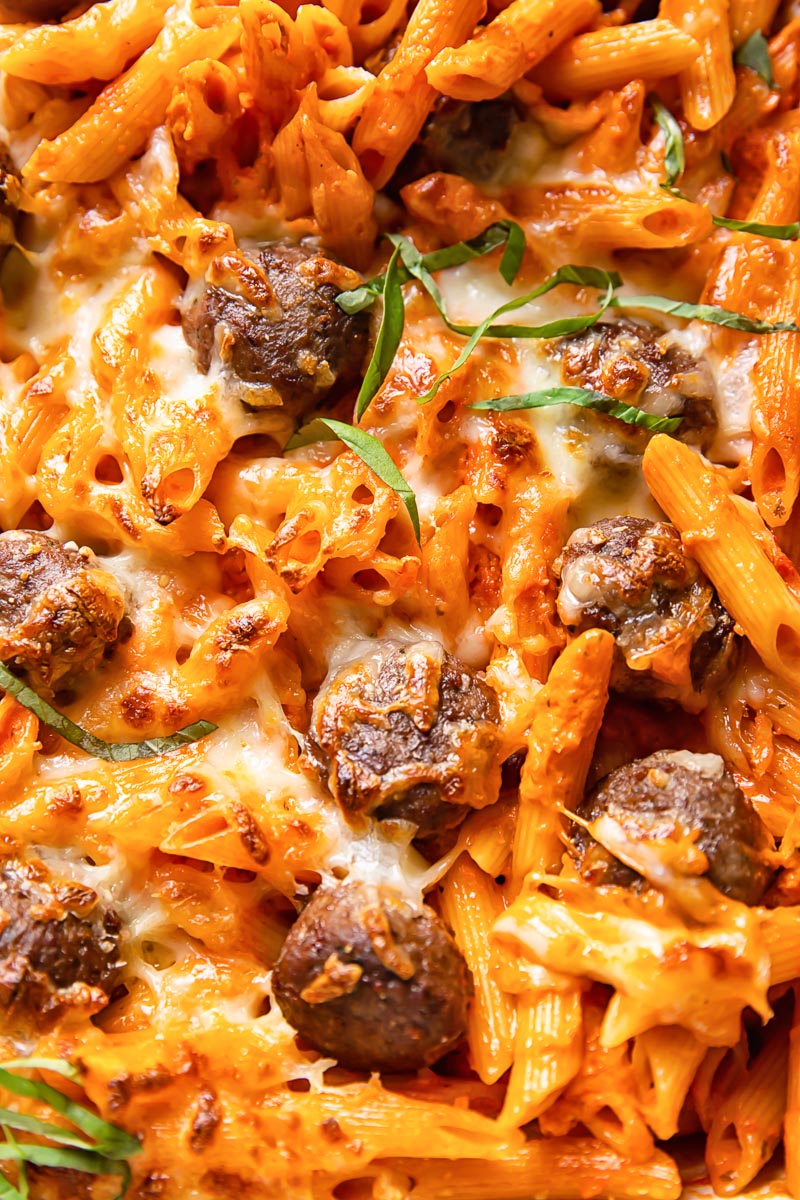 This recipe is a great one pan dinner. However, I would recommend a side of vegetables or a salad for a tasty and nutritious meal.

I like serving pasta with salads in the warmer months and my Tuscan Panzanella Salad goes so well with Italian inspired dishes.

If you are a salad fan even in winter months, take a look at my Rainbow Slaw. It uses harvest vegetables, tastes outstanding and is packed with vitamins.

For the lovers of hot side dishes in colder months, such as myself, I recommend making my Pan Fried Zucchini with Pecorino or Lemon Garlic Green Beans with Parmesan. 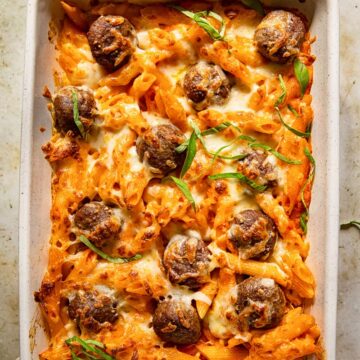