Give your creamy and cheesy scalloped potatoes an instant upgrade by adding a layer of luscious caramelised shallots.

This glorious potato dish goes down a treat with our Beef Tenderloin. 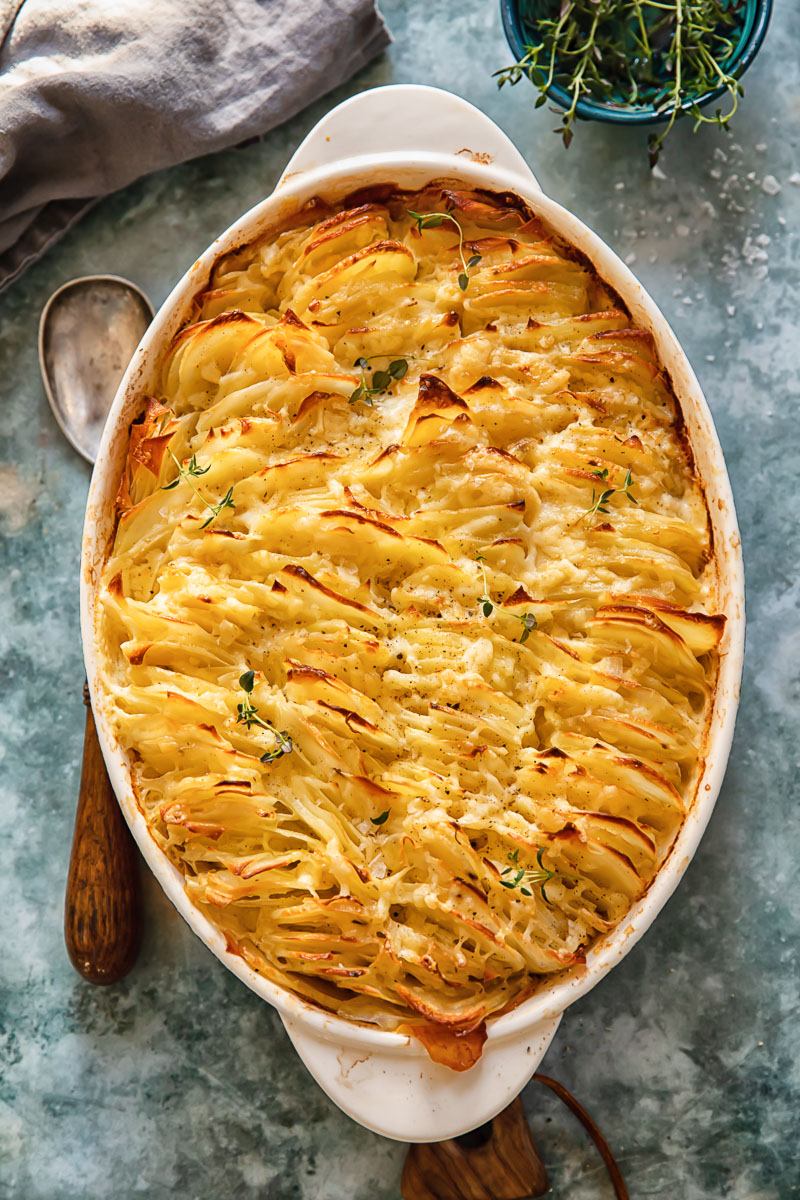 A great host can never have too many recipes for potato dishes in their repertoire. After all it’s impossible to imagine a holiday table without potatoes! At least not in my house.

Scalloped potatoes or ‘potatoes dauphinoise’ as they are known in the UK are incredibly popular around here. Over the years I have used many different recipes and techniques in search of that creamy texture and a deeply savoury taste they are known for.

Some recipes were overly complicated and the others, while simple, didn’t deliver the flavour I was after. Eventually I developed my own recipe that is not too fiddly and very satisfying.

At first glance both potato recipes are very similar and are often used interchangeably. They both consist of sliced potatoes cooked in a creamy sauce, infused with herbs.

The biggest difference according to classic recipes is the inclusion of cheese in the gratin recipe. While that could have been the deciding factor in the past, nowadays many scalloped potato recipes are made with cheese as well.

What I think the biggest difference is the presence of a crispy topping either in the form of grated cheese or breadcrumbs, ergo baked au gratin. On a side note, you can cook other root vegetables in the same way. One of my favourites is butternut squash au gratin.

Now let’s talk about the actual recipe for my scalloped potatoes. 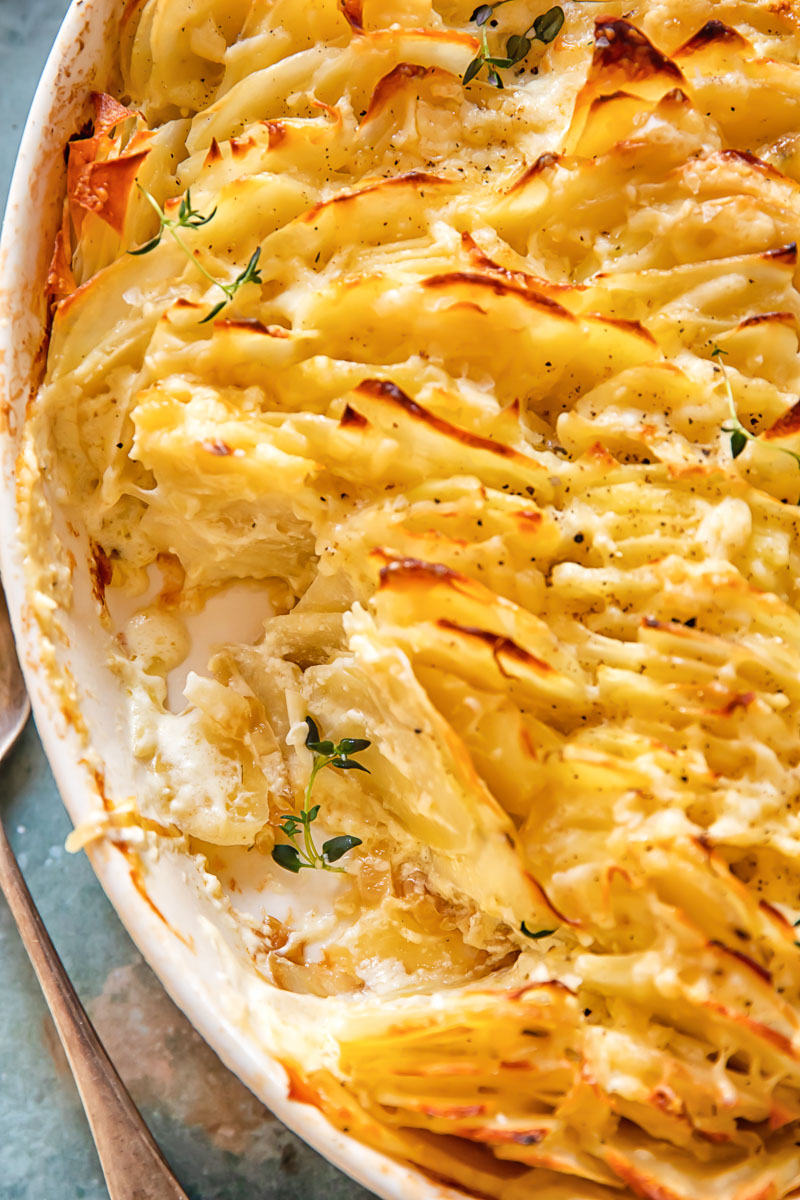 There are several ways to achieve the creamy texture and many recipes call for making the béchamel sauce. I however, don’t see why that is necessary while heavy cream (double cream in the UK ) does the same and requires no extra work.

What I do see as necessary is to caramelise shallots or onions before adding them to the potatoes. I always disliked the idea and the taste of raw onions added to creamy potato bakes. They add little flavour and the texture remains unpleasantly crunchy.

Cooking shallots or onions is an extra step but worth spending a little time on. You will be rewarded with sweet, jammy like shallots with a deeply complex and savoury taste, which will balance out the rich and creamy potatoes.

People often wonder what potatoes to use for this type of recipe. I recommend using starchy or floury potatoes as they are called here in the UK. The reason for it is the starch, that gets released during baking and thickens the sauce.

However, there is also an argument for using waxy potatoes. They tend to keep their shape better and don’t fall apart like Yukon Gold or Russets. If you are in the UK, go for Maris Piper, they are what they call all rounders and work well here. 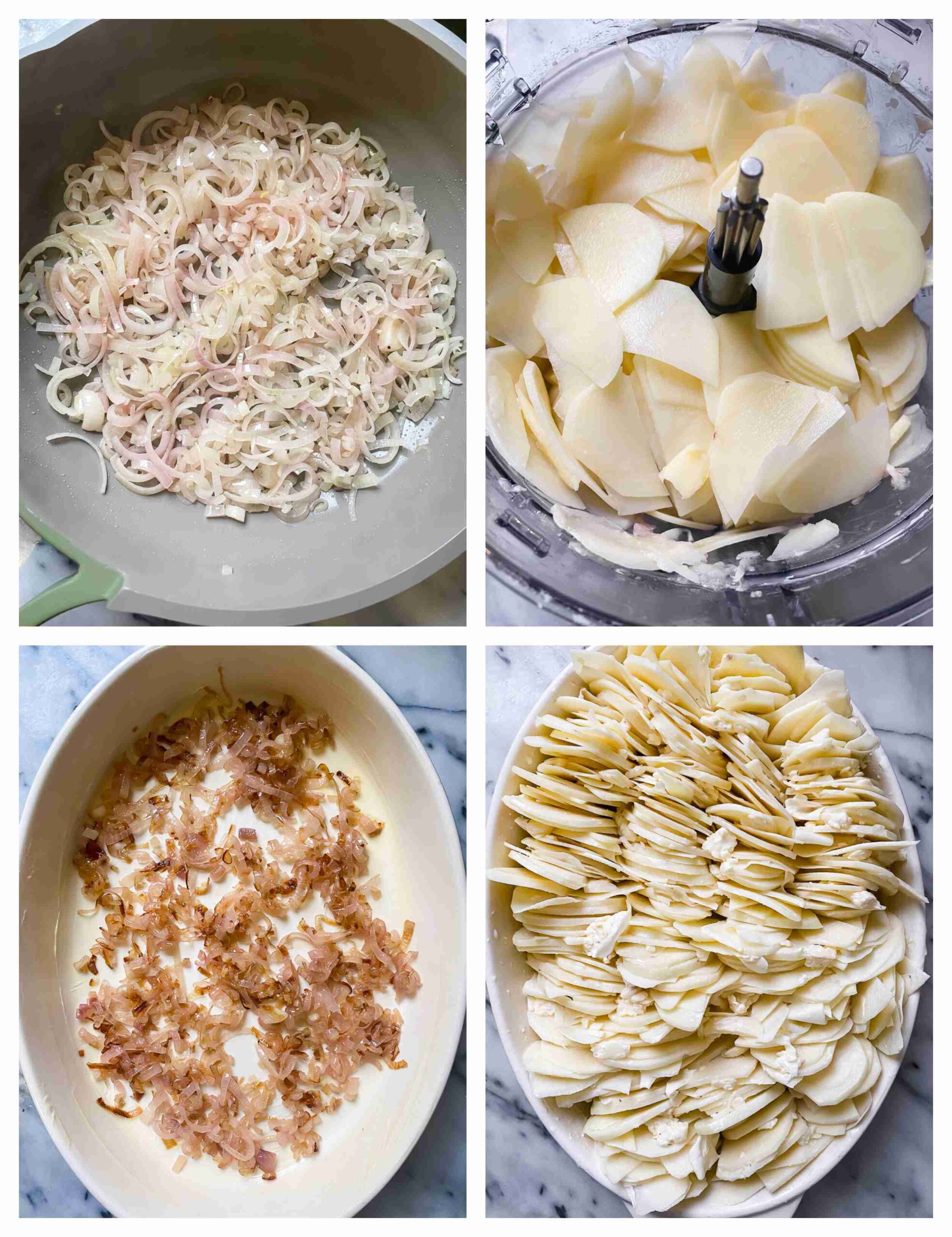 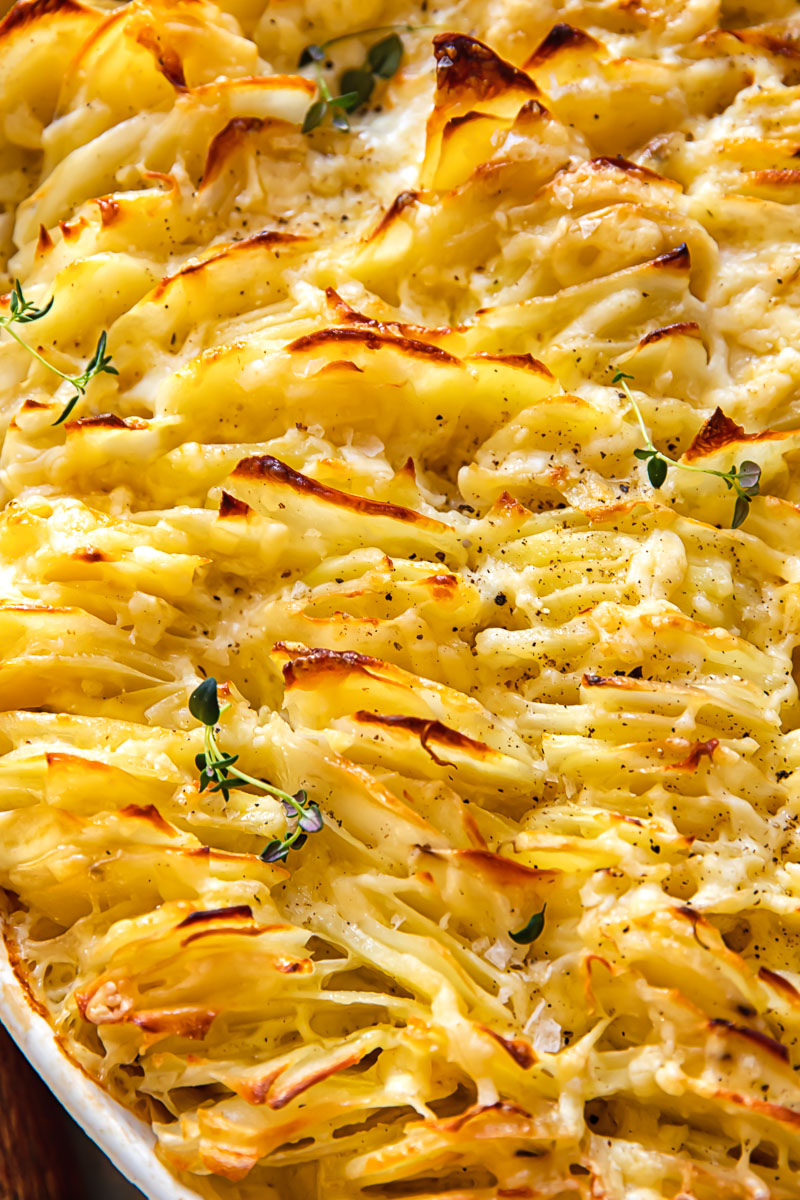 What to serve alongside

Almost anything can be served with scalloped potatoes or if you are like my daughter, they can be eaten as a main course!

My favourite dishes include Honey Glazed Ham and Prime Rib Roast. Both dishes are special and often reserved for holiday meals. I love pairing them together.

If you are not a fan of pork or beef, take a look at my Roast Turkey Crown (Breast) or Roast Chicken. 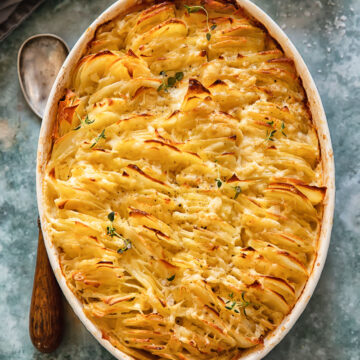