Scalloped corn is an old fashioned dish of corn baked in a savoury cream sauce with a crispy breadcrumb topping.  Don’t overlook it at your next holiday dinner. Easy to make and pure comfort to eat!

Our  Fresh Green Bean Casserole is another recipe you might like as it is equally creamy and tasty, and made using only with fresh wholesome ingredients. 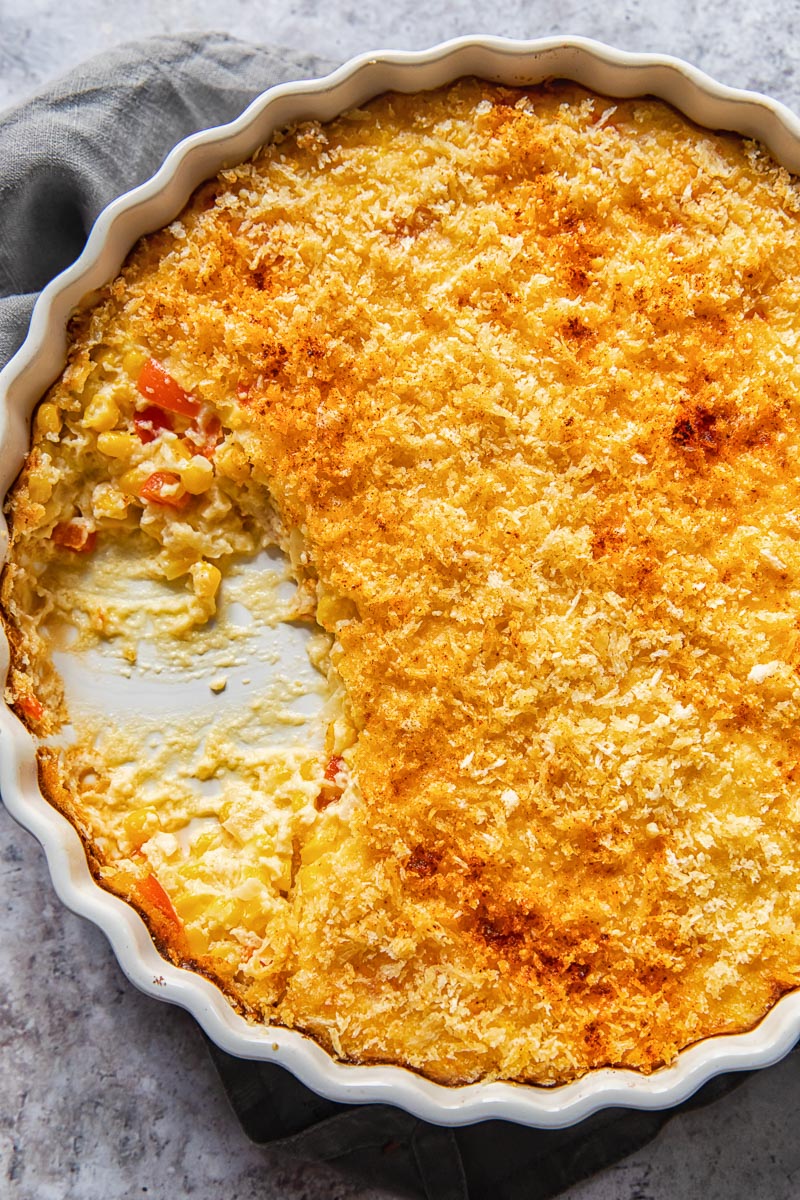 If you have a bag of frozen corn in your freezer, let me show you one delicious use for it! I love fresh corn in the summer. Whether it’s grilled or simply boiled and eaten with butter and salt, I am all there for it.

Frozen corn is another story entirely. I can’t get my kids to eat it for love nor money. This recipe however, got them super excited. Even my son, who is not a fan of corn in general, said it was “pretty good”. High praise when coming from a teenage boy! 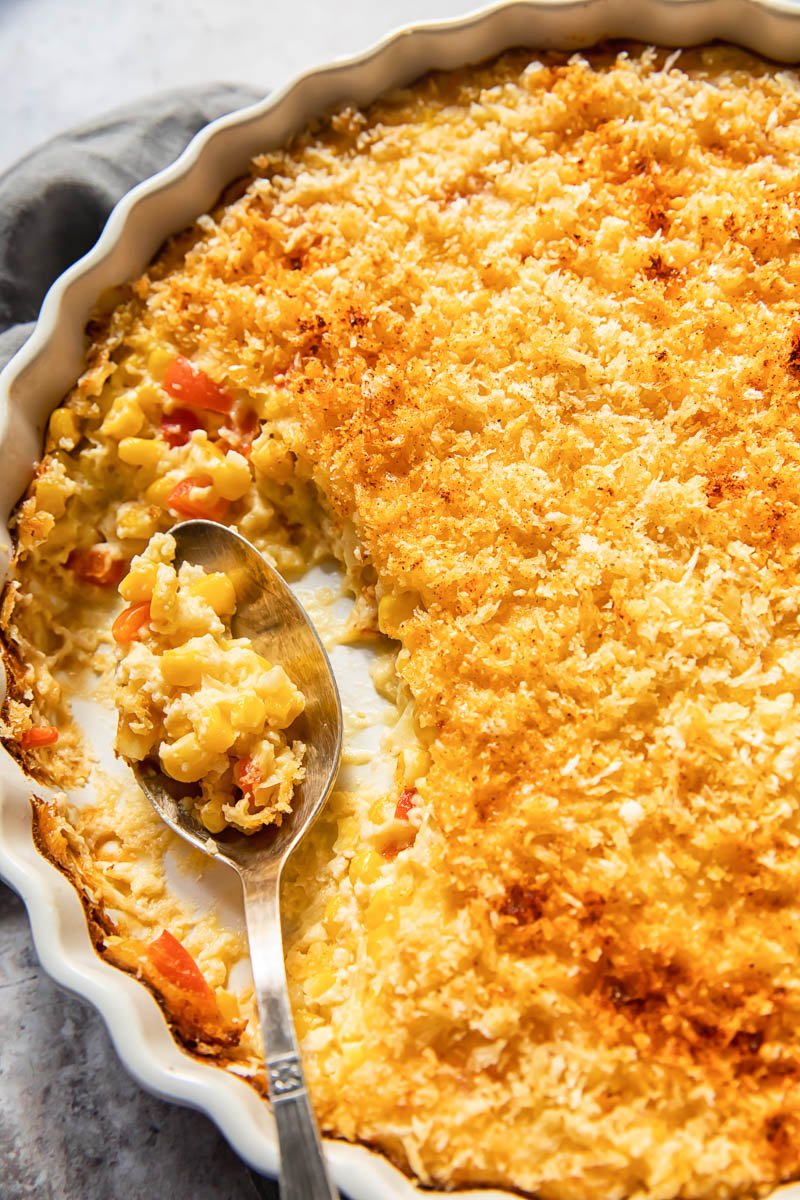 What is scalloped corn?

In principal scalloped corn is not too different from scalloped potatoes. Corn gets baked in a creamy sauce flavoured with sauteed onions, diced red bell peppers, a touch of paprika and most importantly Parmesan cheese. Essentially, it’s a corn gratin.

If this doesn’t entice you yet, let me tell you about the crispy topping. Traditional scalloped corn, as every other gratin, gets covered with buttery breadcrumbs. I take it up a notch by using Panko breadcrumbs mixed with Parmesan cheese for an uber crispy and savoury topping. 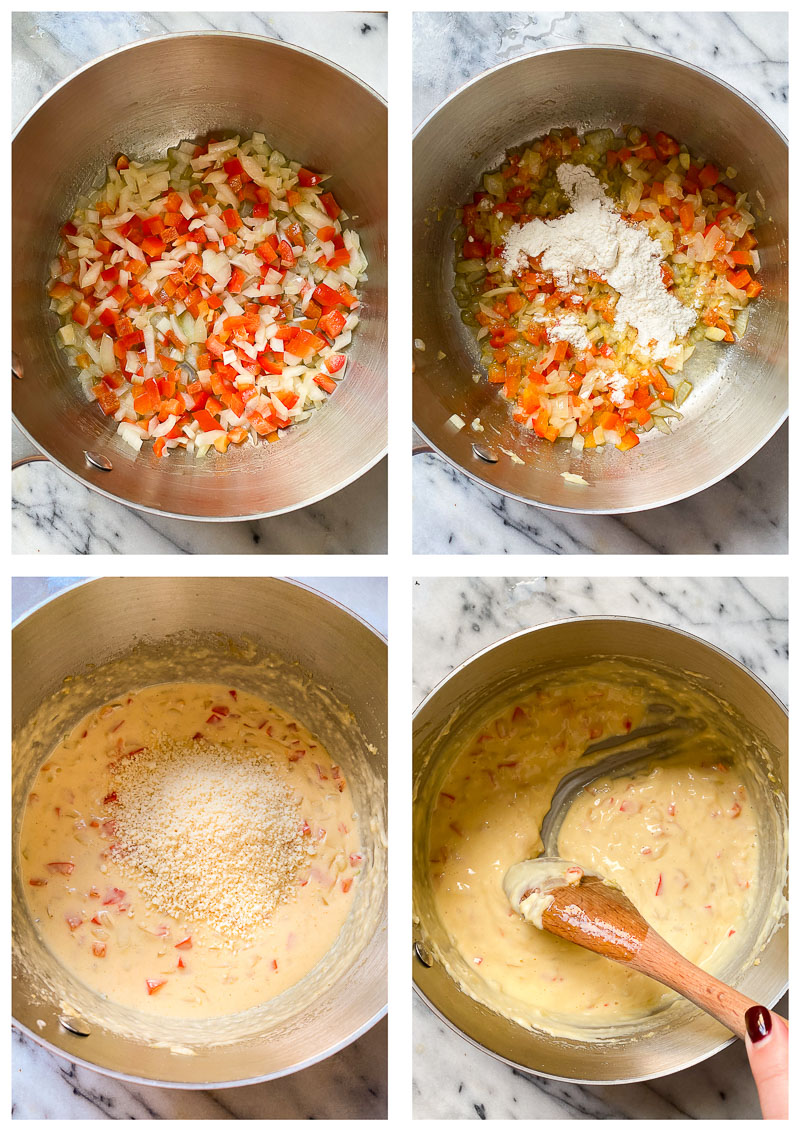 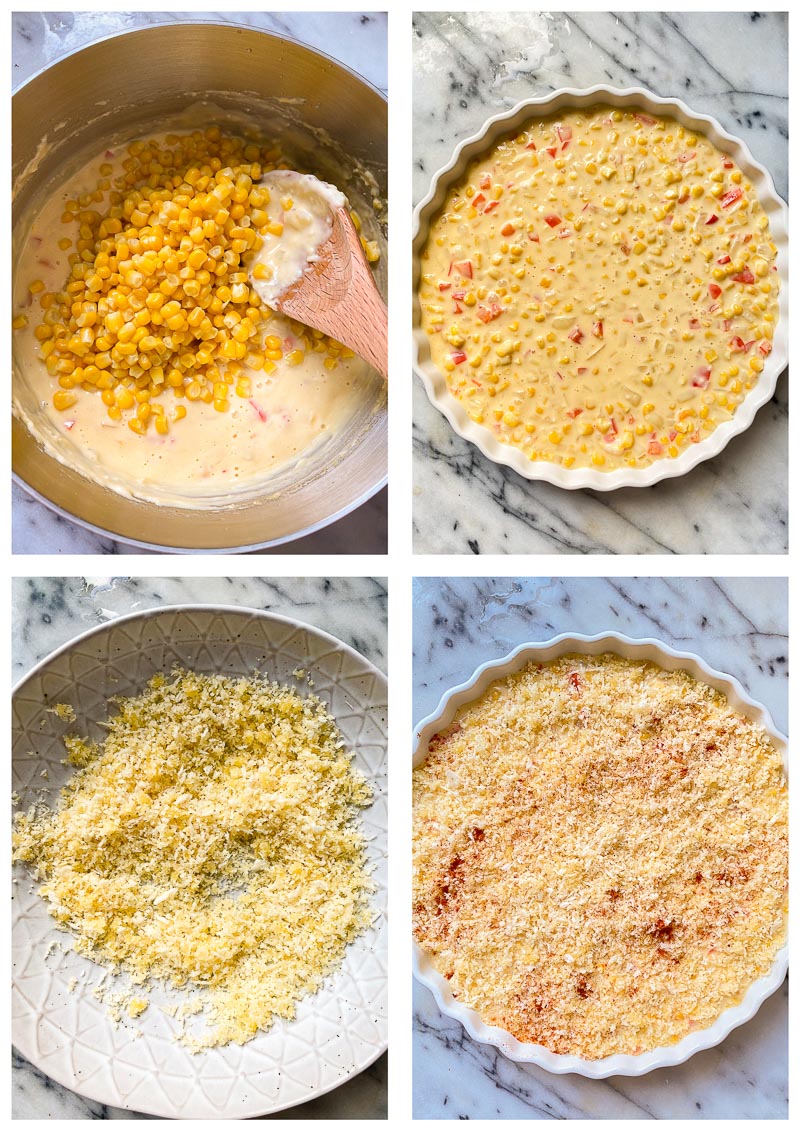 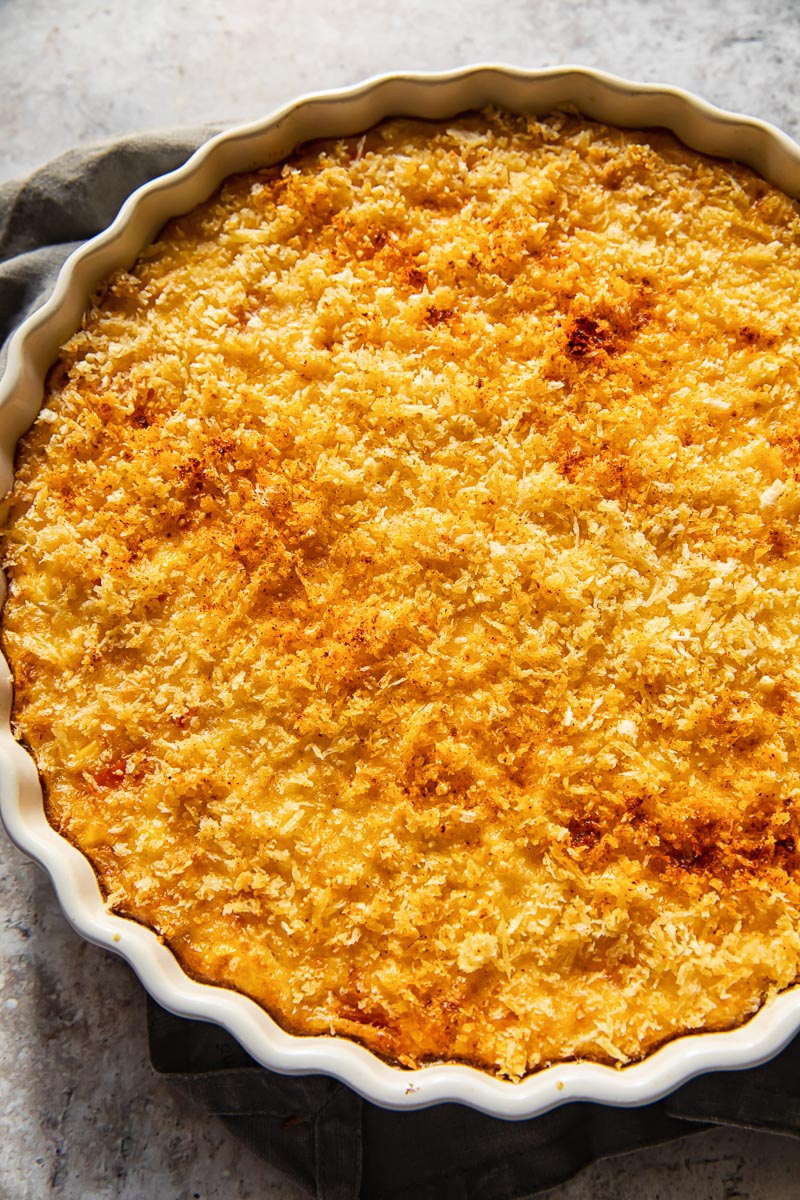 This corn recipe is a fantastic side dish for holidays and special occasions. It could be served alongside a Roast Turkey, Prime Rib Roast, or a vegetarian Mushroom Wellington.

For more ideas of what to serve as side dishes take a look at our Thanksgiving Sides.

Our Favourite Side Dishes to Try: