This recipe for Plum Tarte Tatin might sound complicated and …French but in reality it is just an upside down tart although still French. 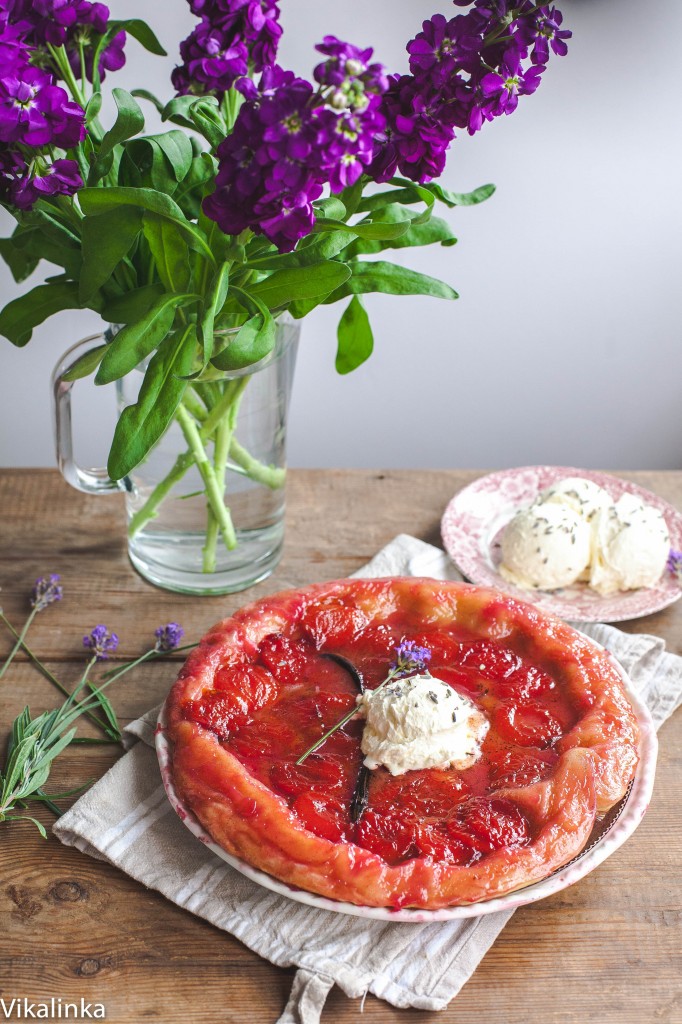 The abundance of ripe summer fruit has been driving me mad! I LOVE baking but my busyness has got the best of me and I’ve been missing out on one of my favourite pastimes.

So I had to cheat a little… or compromise…whatever you are more comfortable with.

I was thinking that, since I don’t really have the time during the week or the energy during the weekend, why not use pre-made pastry when overripe plums are literally begging to be made into a pie of sorts.

Puff pastry to the rescue as usual! 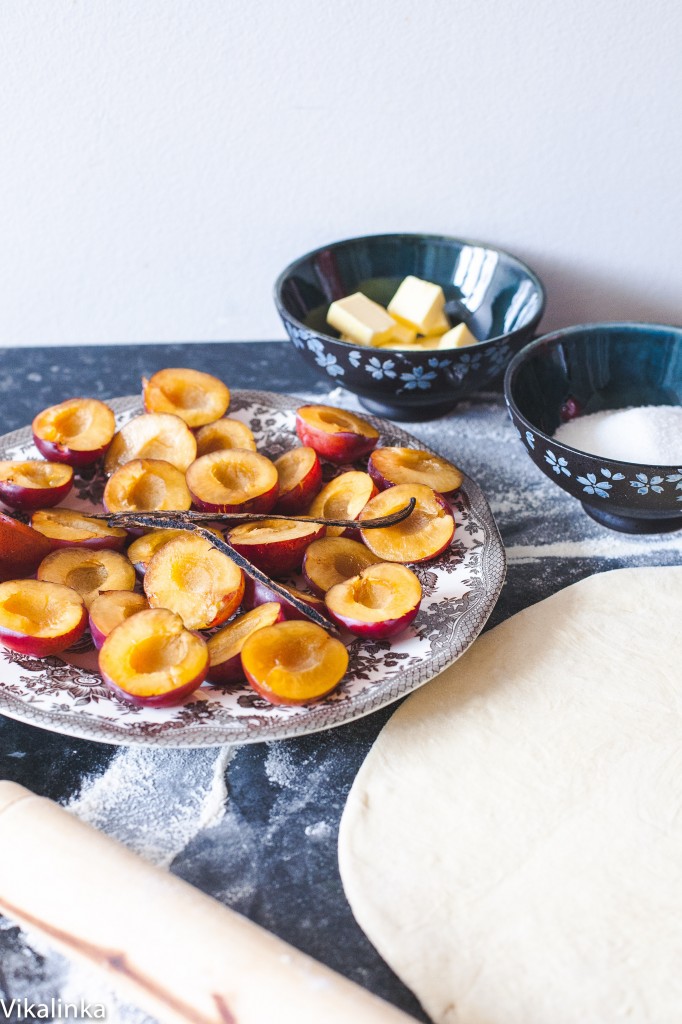 French Tarte Tatine is traditionally made with apples that are cooked in caramel, then are covered in puff pastry and baked in the oven until golden and crispy. It is then flipped over so the apples are on top and served with cream.

As I mentioned above I had a bowl full of plums so I’ve adapted Jamie Oliver’s traditional recipe and made a Plum Tarte Tatin with Lavender Cream. 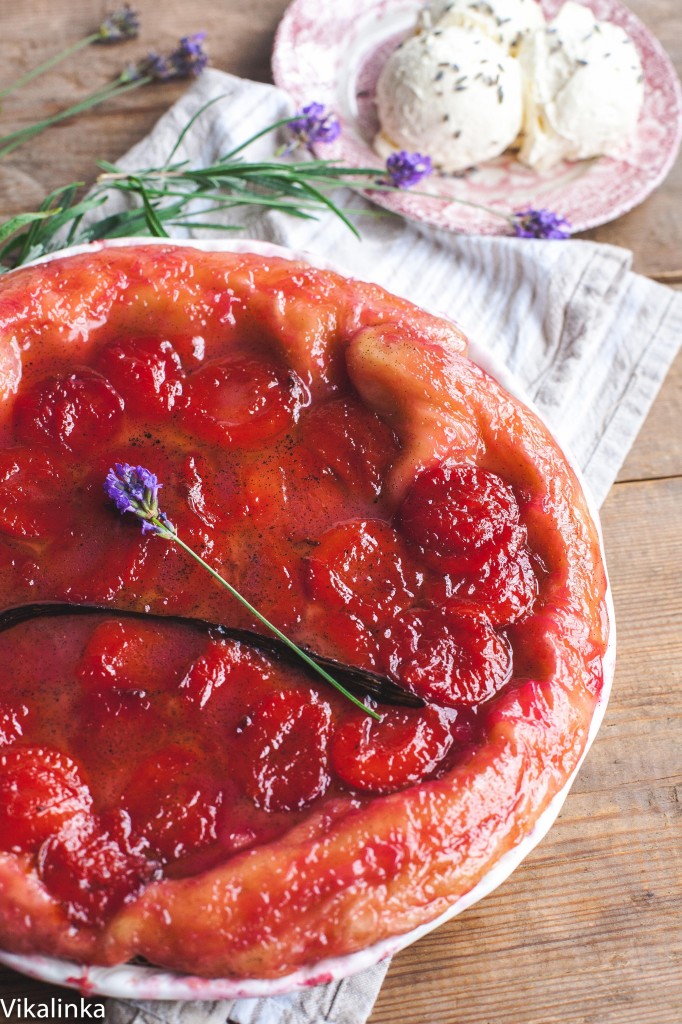 Now let me tell you about this lavender cream.

Yes, I really put lavender flowers, that grow in front of my window, into my whipped cream and I am happy to report that It Was  Heavenly. Slightly floral scent of the lavender quickly lifts the heavy cream and infuses this plum tarte tatin with beautiful aroma of the summer.

Just a little pinch goes a long way, don’t overdo it or you will risk ending up with something that tastes more like medicine than a sweet treat. 🙂 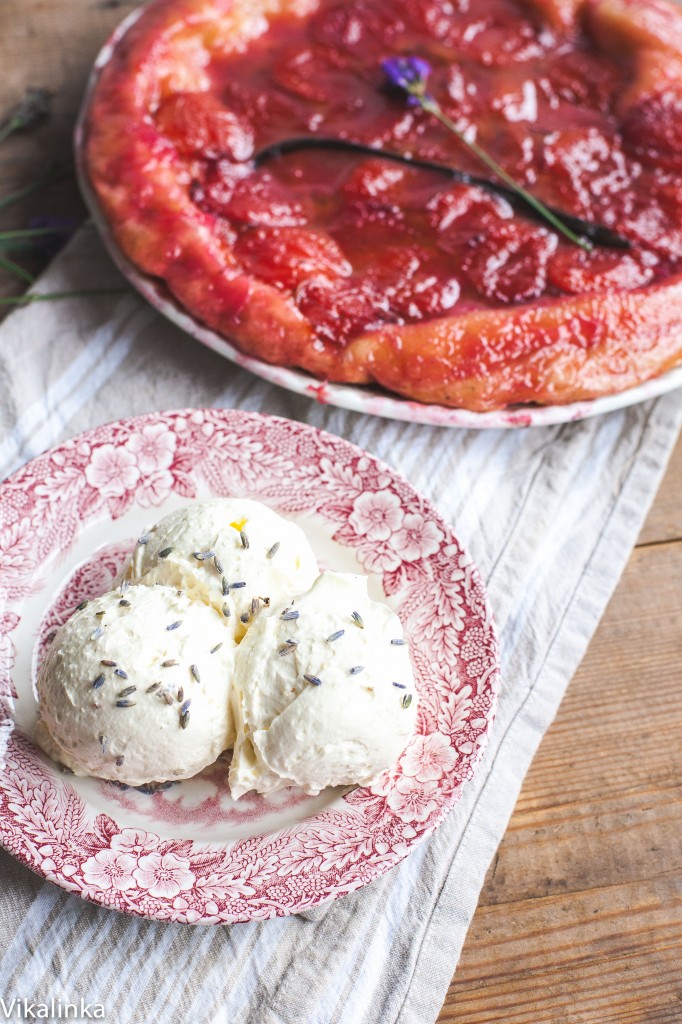 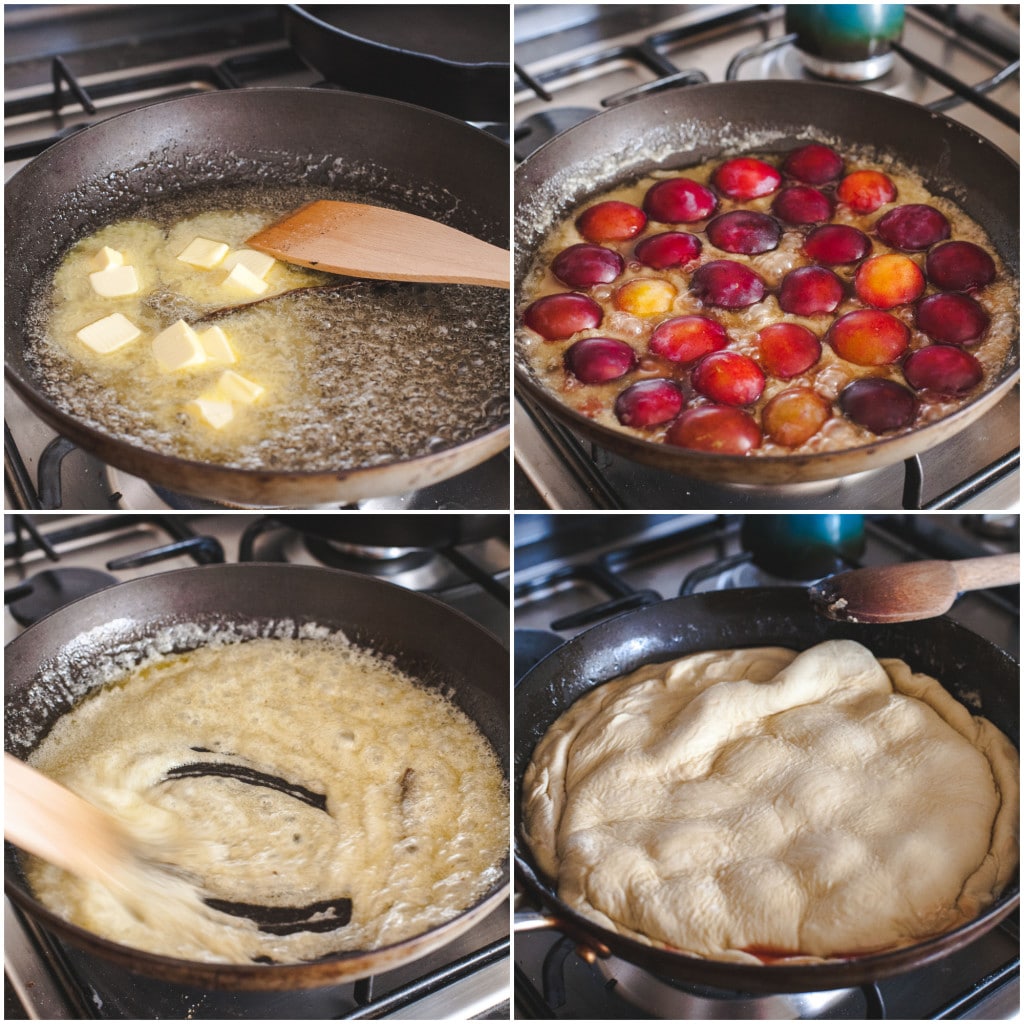 Despite worldwide fame and its impressive look, this classic French dessert is very easy to make as illustrated above; just a few simple steps that you master in no time.

The trickiest part is flipping it over after it’s cooked. You need to do it while the caramel sauce is still runny so the plum tarte tatin doesn’t stick to the pan.

You also have to be very careful and not burn yourself with hot caramel sauce that might spill a little while flipping. It’s best done wearing oven mitts so your forearms are protected. 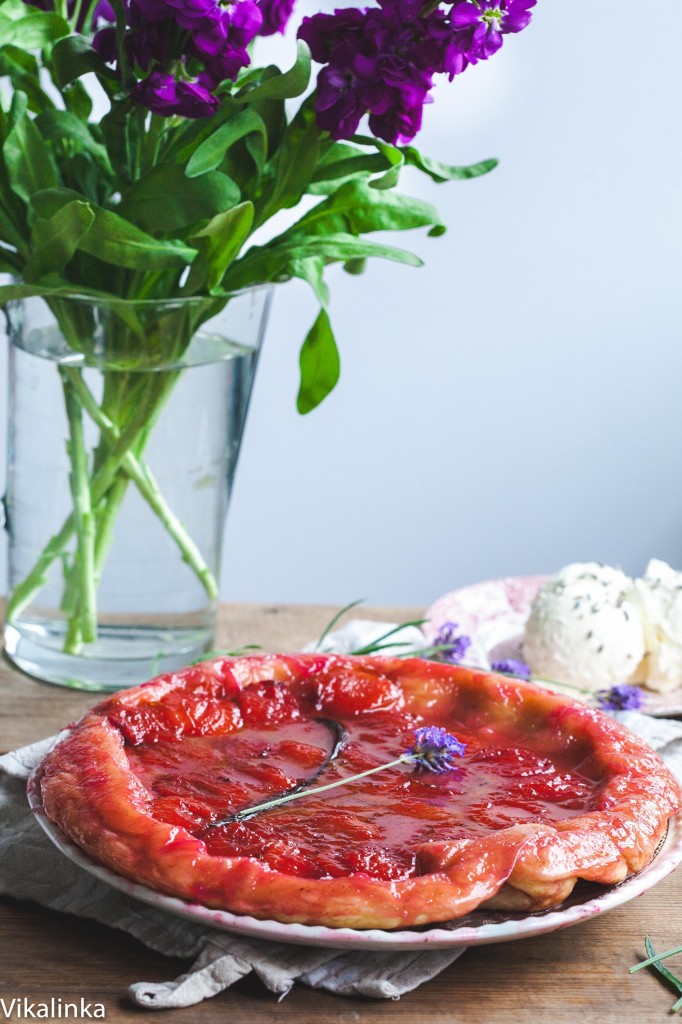 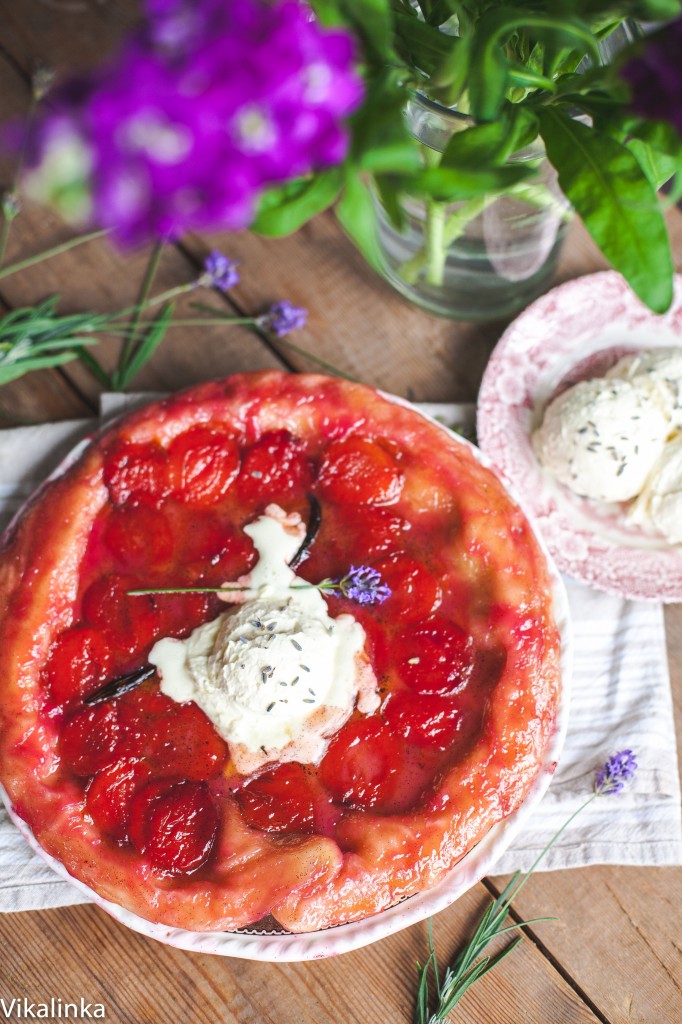 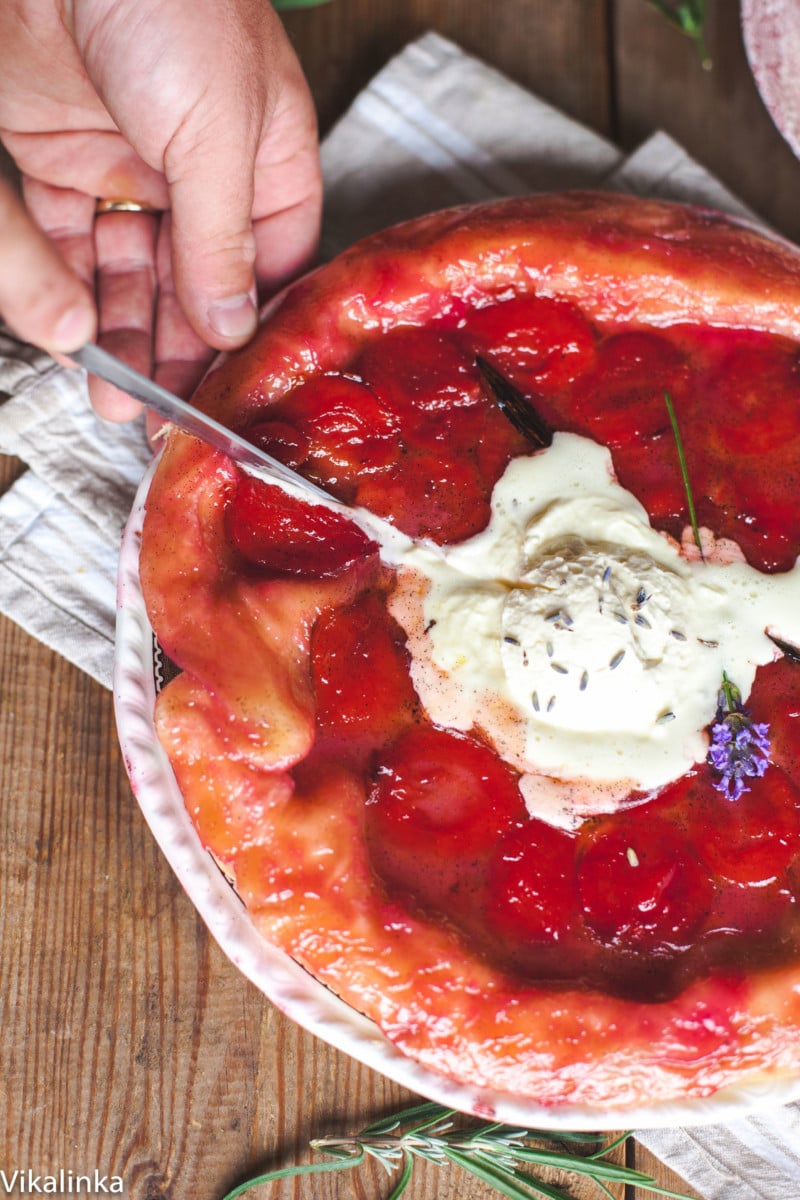 For the Lavender Cream 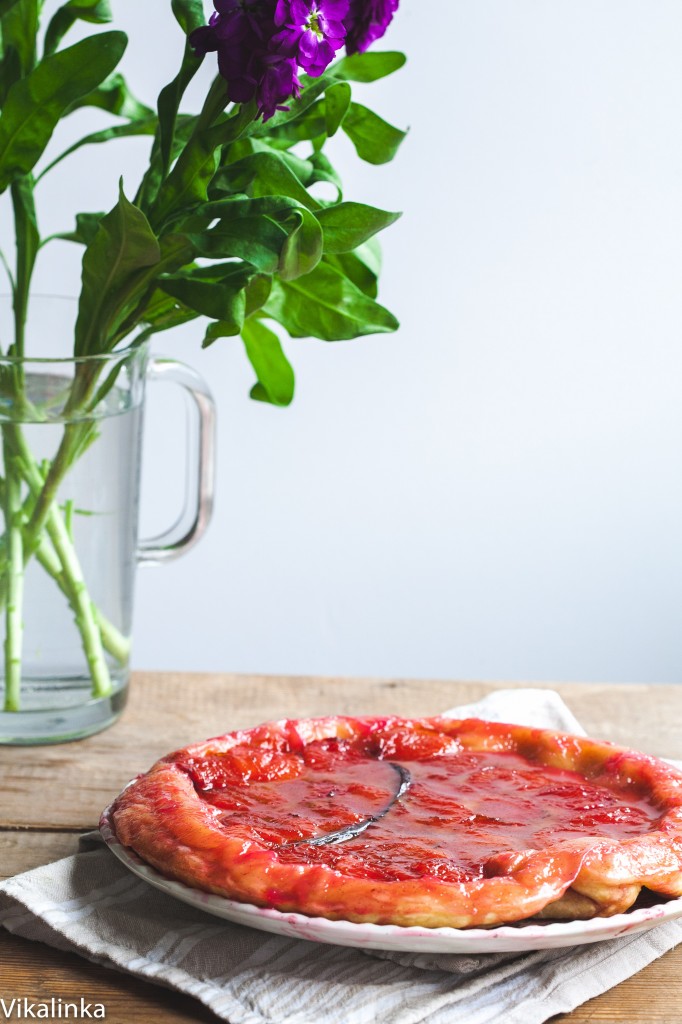 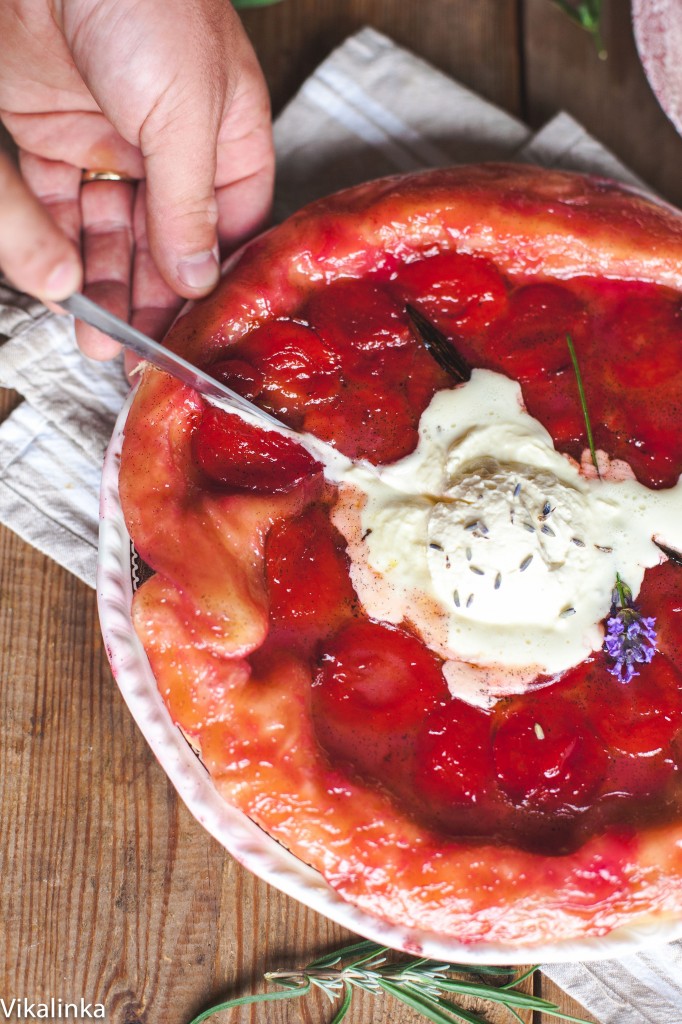 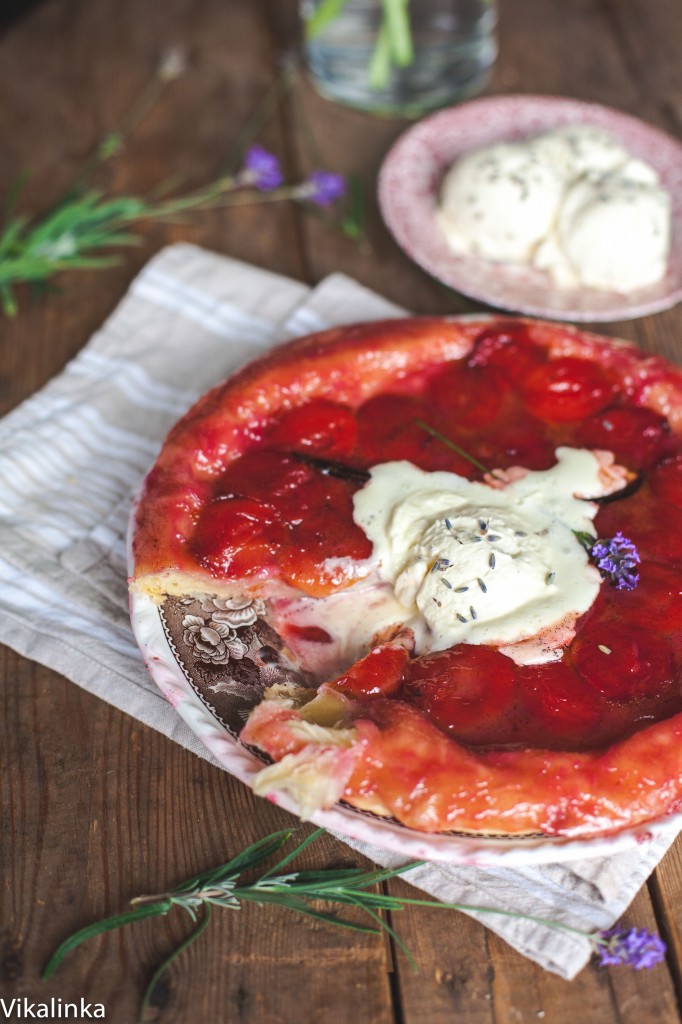