Made with wholesome buckwheat flour and sweetened with honey, this soda bread is delicious.

Let this Honey Buckwheat Soda Bread ease you into the art of bread making. It’s so easy! No kneading or waiting for the bread to prove. Just mix, shape and bake!

For more recipes with buckwheat flour, try our Buckwheat Pancakes or Buckwheat Waffles with Rhubarb Cream. 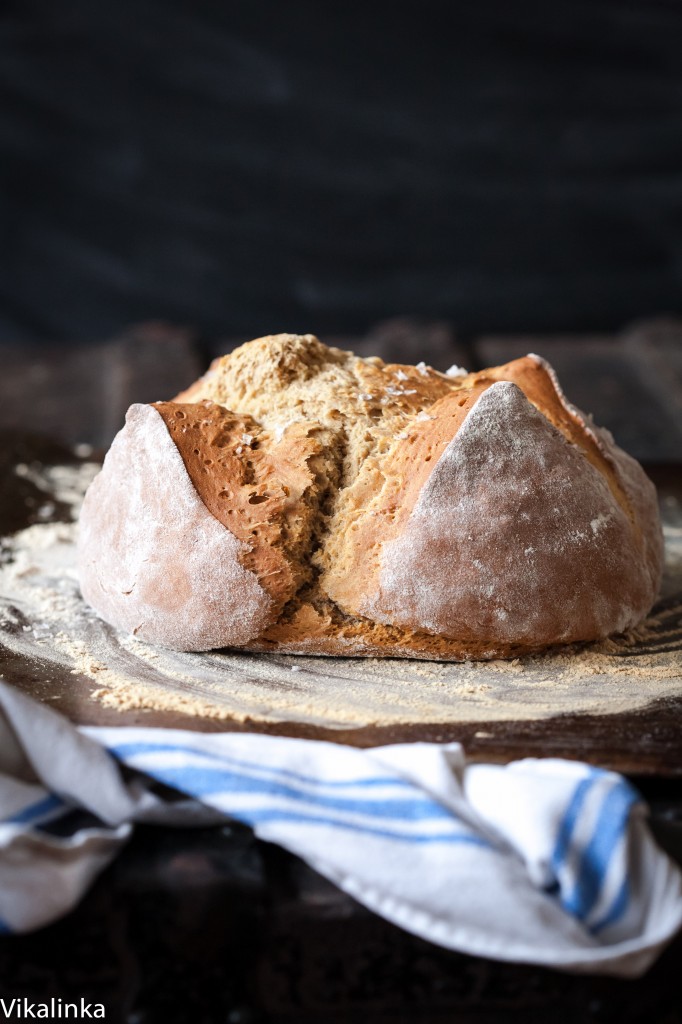 Nothing can beat homemade bread, and as much as I am a fan of yeasted breads with their chewy crust and airy interior, they are quite a bit of work. They also take time to rise.

Soda bread, on the other hand, is quick, easy and dare I say, just as satisfying. And when baked with carefully chosen ingredients could be also nourishing for our bodies and mind. 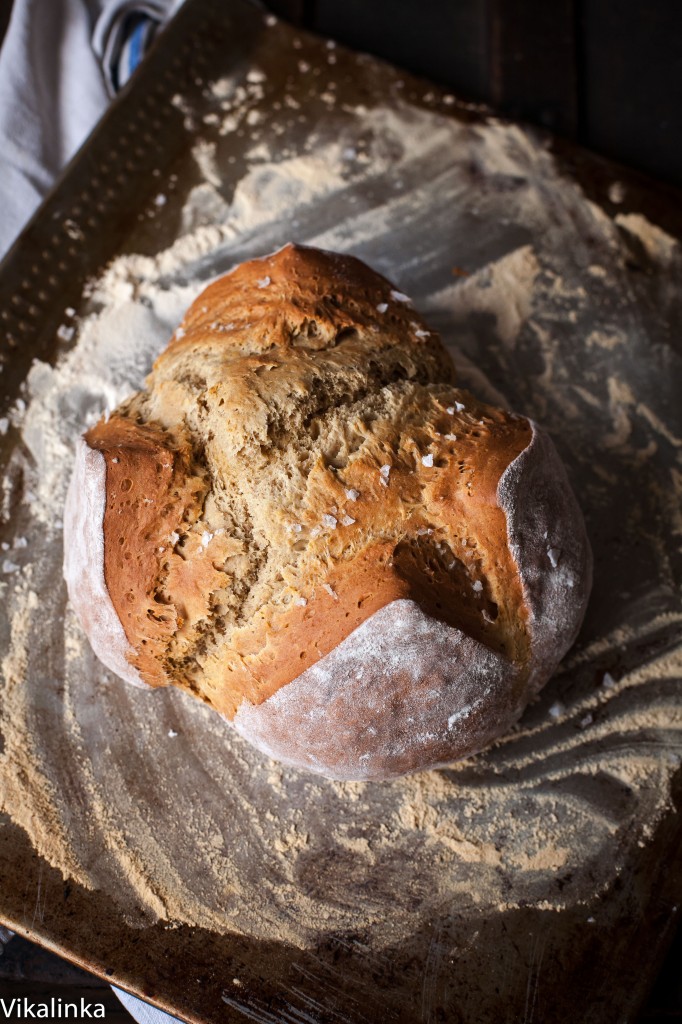 I believe the simple task of mixing flour, water and an egg, kneading it briefly… Sticky hands, flour flying through the air…Then smelling the most tantalising aroma of freshly baked bread wafting through the house could be very calming in the midst of busy and hectic of life. 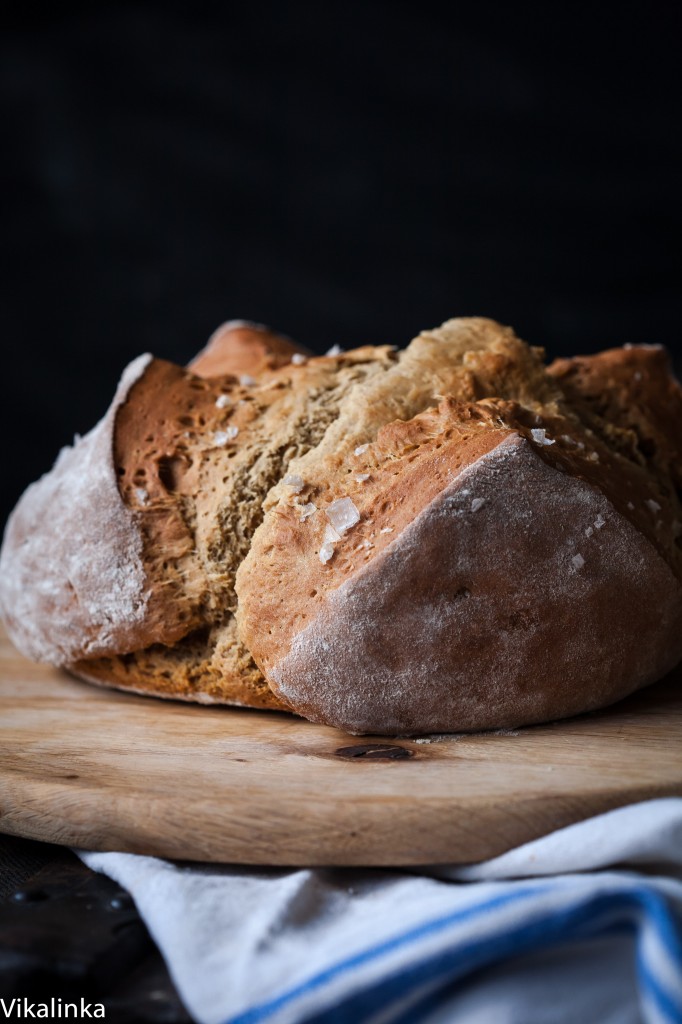 What is soda bread and where is it from?

Now let’s talk about this bread. Traditionally Irish soda bread is made with wholemeal flour, and is soft and crumbly in texture as opposed to its brother yeasted bread, which is light and airy.

Is soda bread difficult to make?

It is the world’s easiest loaf! Just mix all ingredients, form a rough loaf, after all it is half of the appeal, score a cross on top with a sharp knife, pop in the oven and 45 min later enjoy with butter and honey. 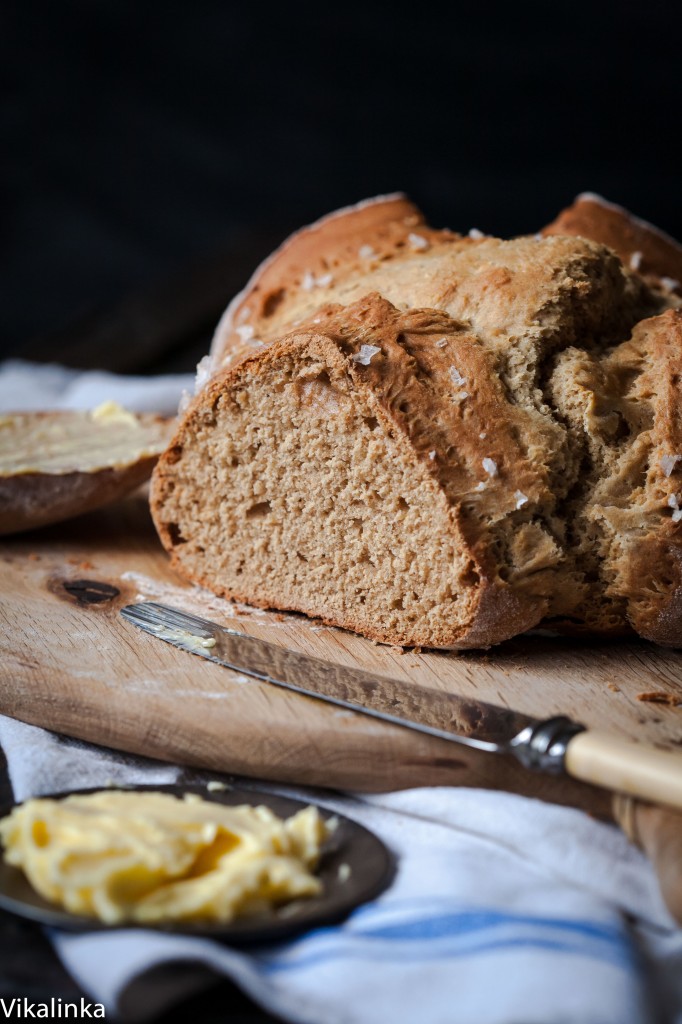 I chose to use buckwheat flour as I love the nutty taste it comes with. This wholemeal flour gives the bread a lot of character. It is naturally gluten free and soda breads are usually made with low gluten flours, so mixing the two is a good idea.

The addition of honey instead of sugar scents the entire loaf, which in combination with the smell of buckwheat, makes it irresistible. I had to pause while photographing it just to take the aroma in!

The best part is you don’t have to run to specialty shops. I found all these items at my local Sainsbury’s. 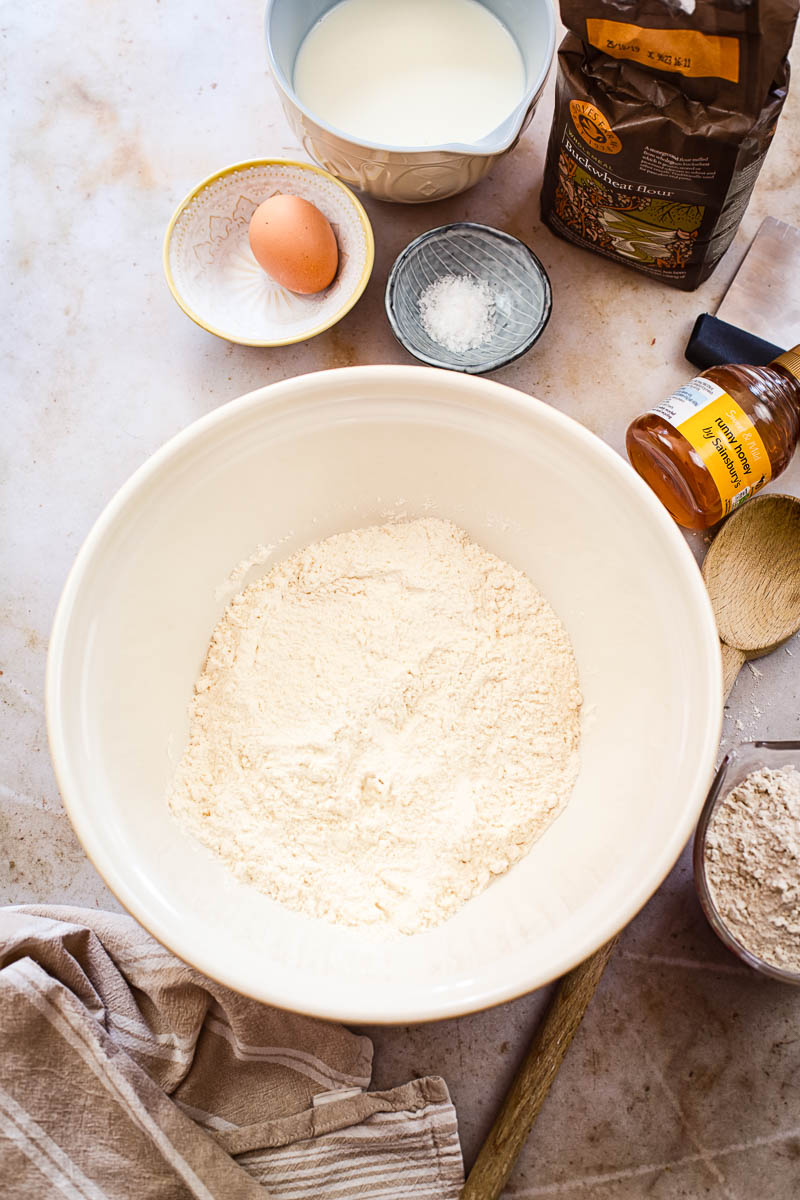 How do you make buckwheat bread?

This soda bread is equally tasty with butter and jam as it is spread with a little bit of soft goat cheese or cream cheese, but my son’s favourite is peanut butter and blackcurrant jam!

How long does soda bread keep?

It’s best enjoyed on the day it’s been baked. If you have leftovers the next day, toasting soda bread will produce best results. 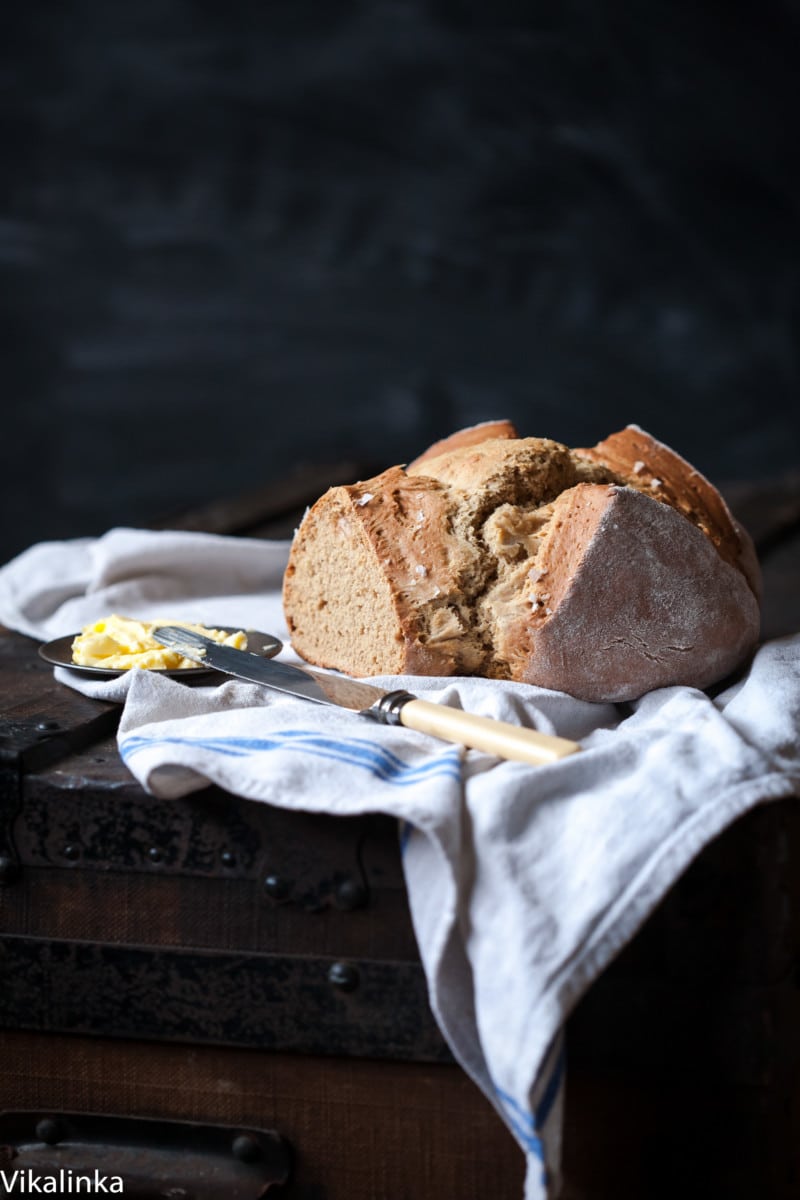 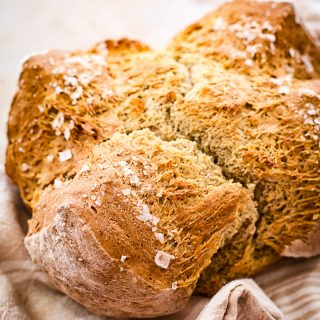