This jam swirled bread is delicious and so versatile. It could be enjoyed with sweet or savoury toppings! 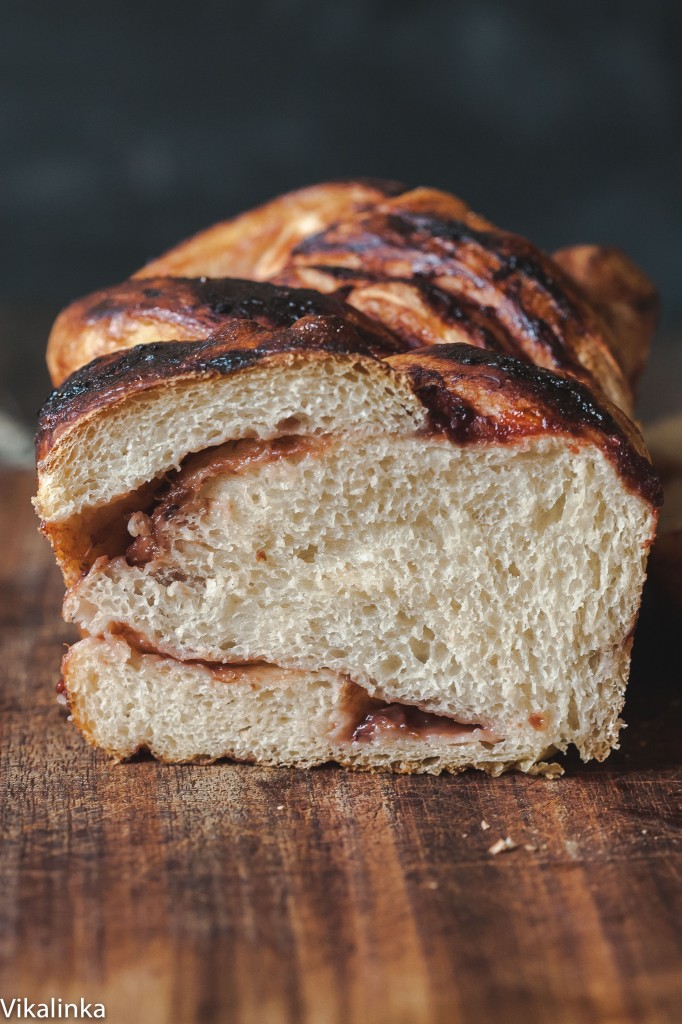 Do you ever feel anxious, and you know that the only remedy to stop your racing mind is to do something with your hands? Something earthy and grounding.

Something that would require a bit of mess at first and quite a bit of work but will leave you with the feeling of utter satisfaction and immense pride.No, I am not just talking about bread making although that process alone would deserve a separate blog post.

It’s Saturday afternoon and I am in contemplative mood, which allows me to see how every beautiful creation starts with a bit of mess and work.

This is definitely true for other things I am doing in my life right now, only I am still in the middle of mess and work, but seeing this beautiful loaf gives me the courage to believe my efforts are not in vain and they too will be rewarded by something worthwhile, something I would be proud to put my name on. 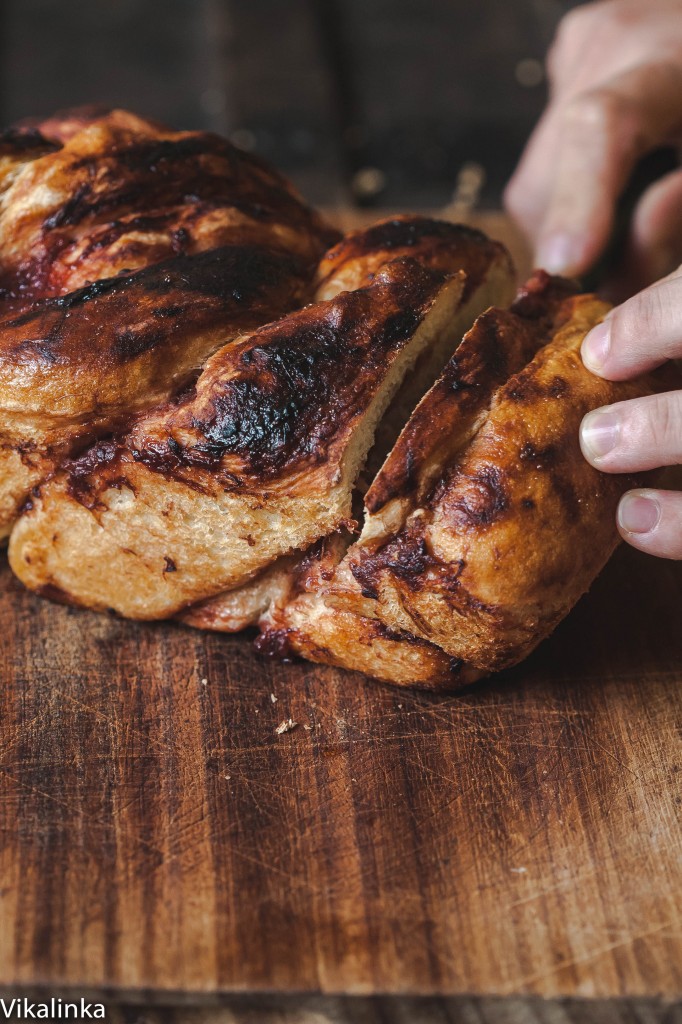 This bread though was such a treat! I’ve wanted to make a jam bread for a while, and when I spotted Rhubarb and Red Currant Jam from English Heritage on our last trip to Dover Castle I was finally given my perfect swirl.

National Heritage is a trust established by the British government to protect English historic buildings and monuments. We recently purchased an annual membership and are now actively exploring England.

It’s so great to be tourists in the country you live in! English Heritage also produces and sells historic British goodies like jams, curds, spirits.

Brad walked away with a bottle of mead and I got my jam! So although this post doesn’t come out on Friday, technically it could be slotted into my British Friday category. It’s a bit late but no less true. 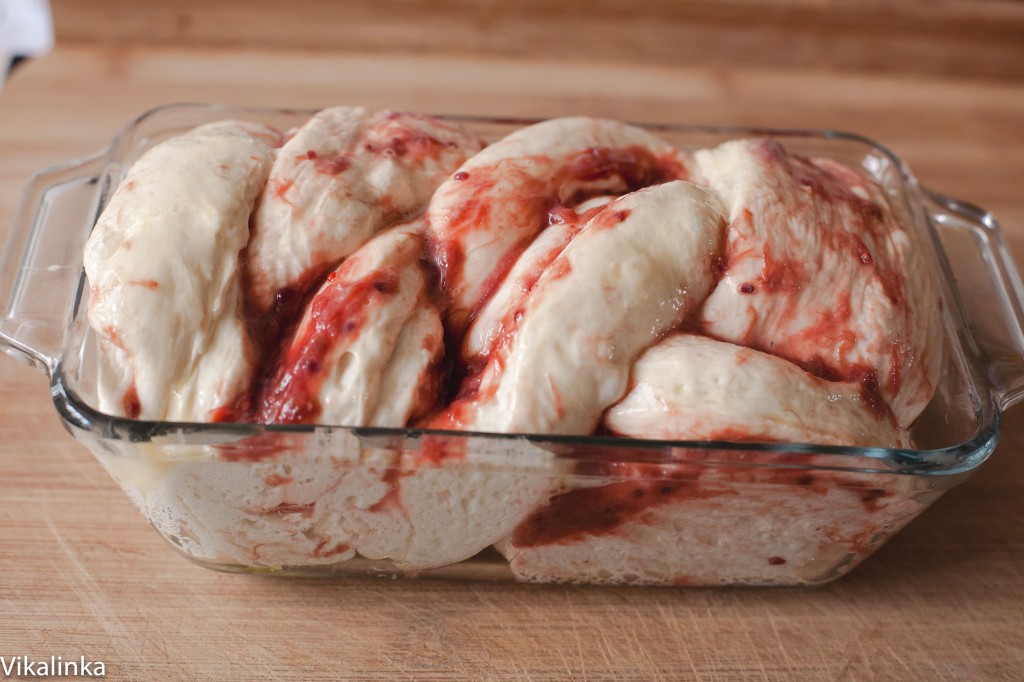 We were absolutely smitten with this bread, so fragrant, airy and all over delicious.

And because both rhubarb and red currants are quite tart and this bread, although jam swirled, is not sweet and could be eaten smeared with jam or used for making glorious sandwiches. 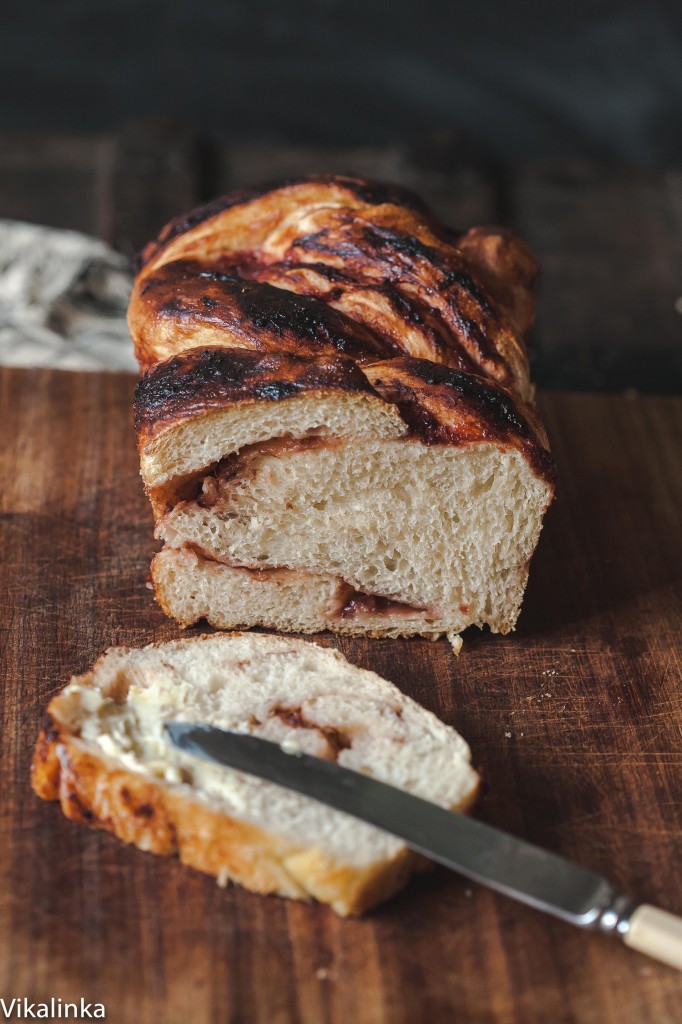 The recipe for this loaf is the same I used for No Time No Knead Bread.

It rises very quickly and could be done in 2 hours from start to finish.

This happens due to an increased amount of yeast. I did alter the recipe a little bit by doubling rising time-I wanted my bread to be pillowy soft and it was. 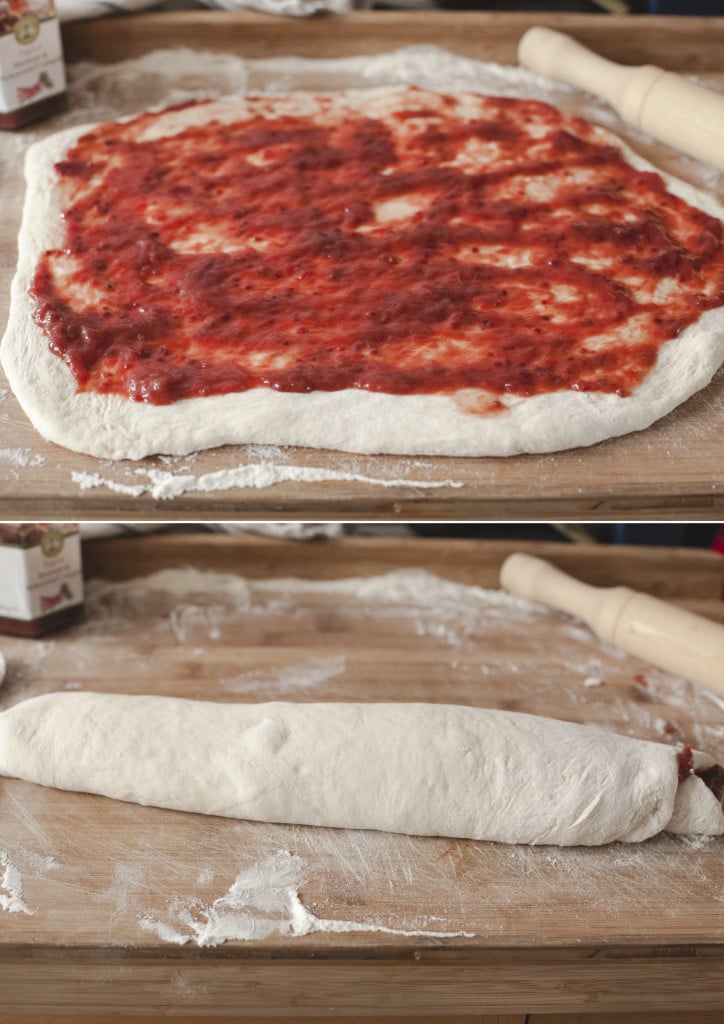 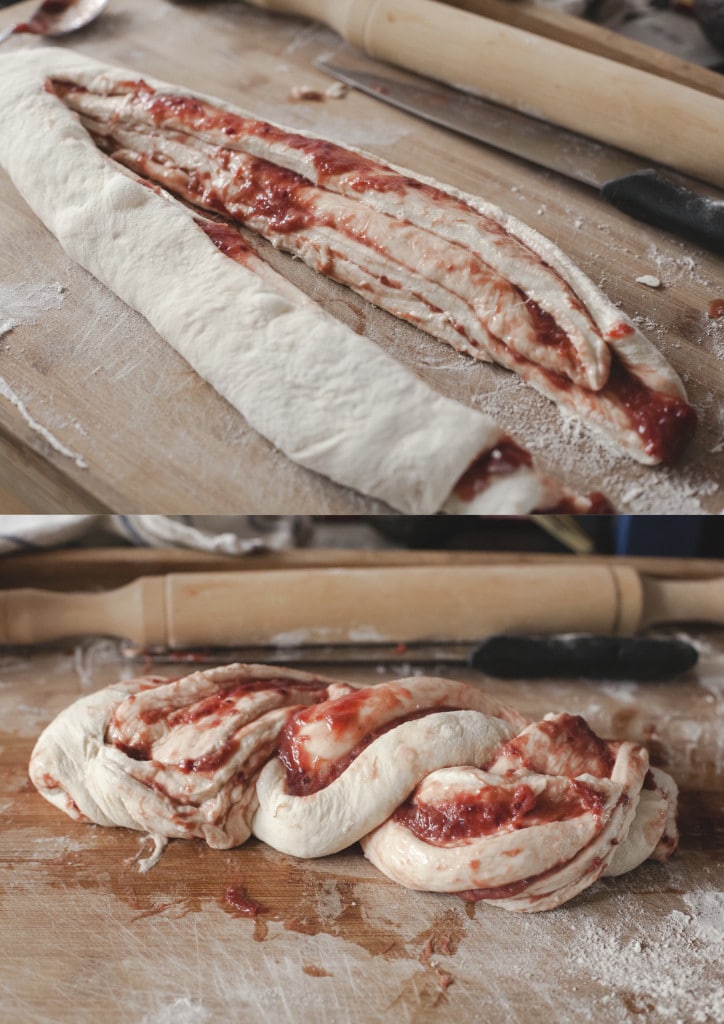 The method is quite simple as you see demonstrated above. If you braid looks as ugly as mine did don’t panic. Put it in a loaf pan and let it rise for at least 30 minutes and it will turn into this. 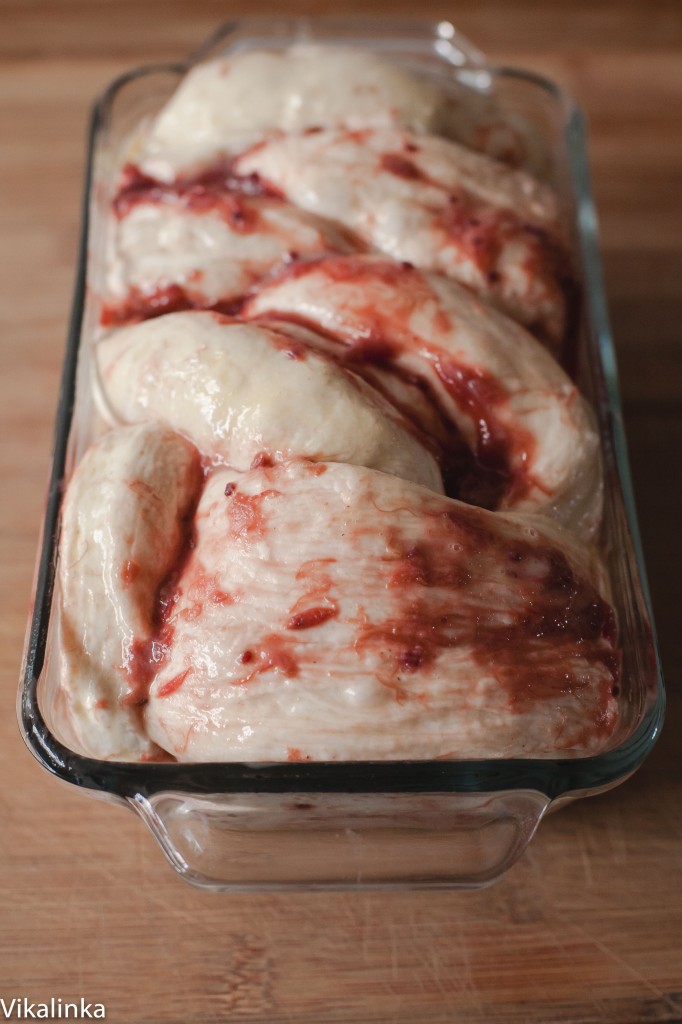 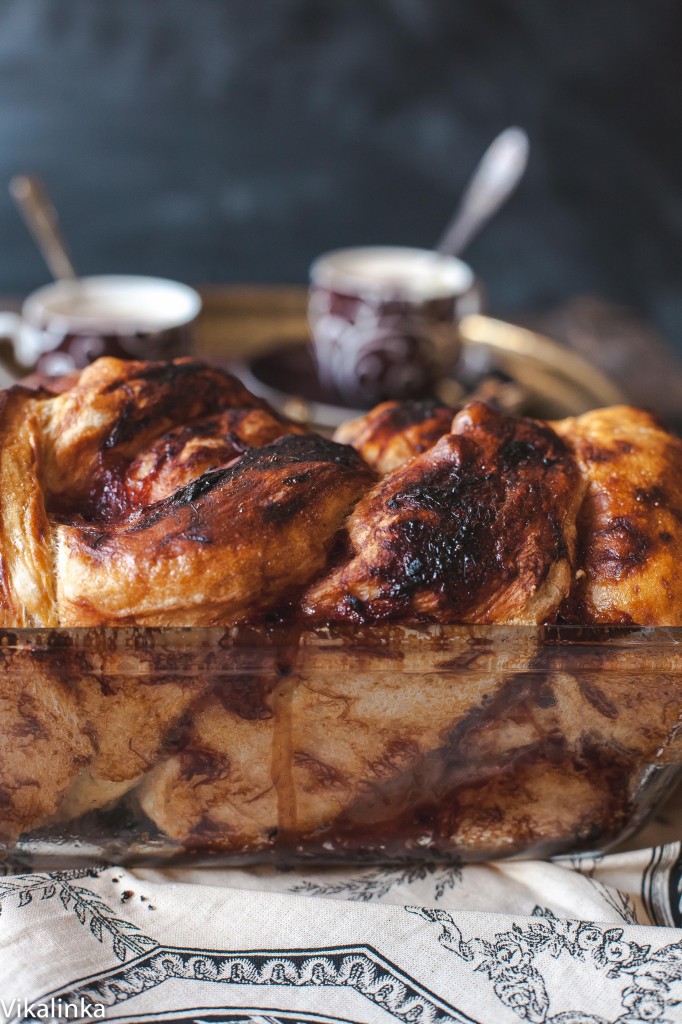 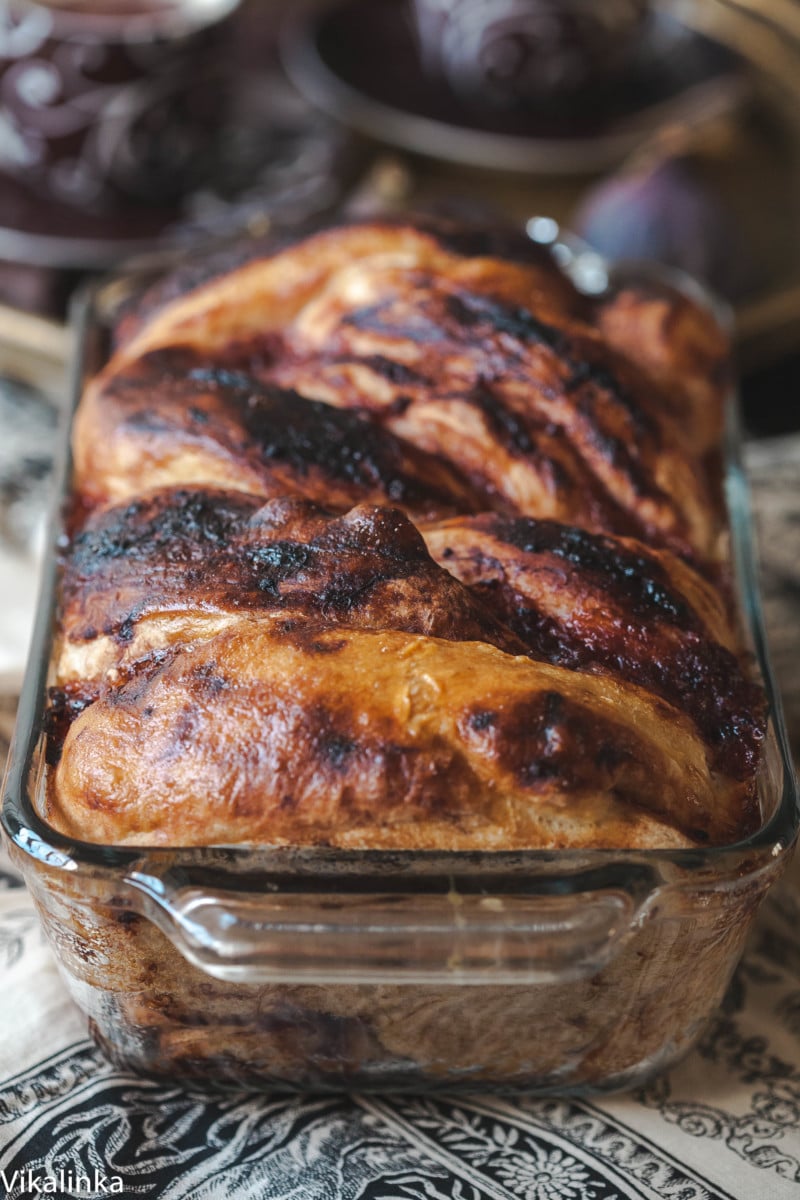