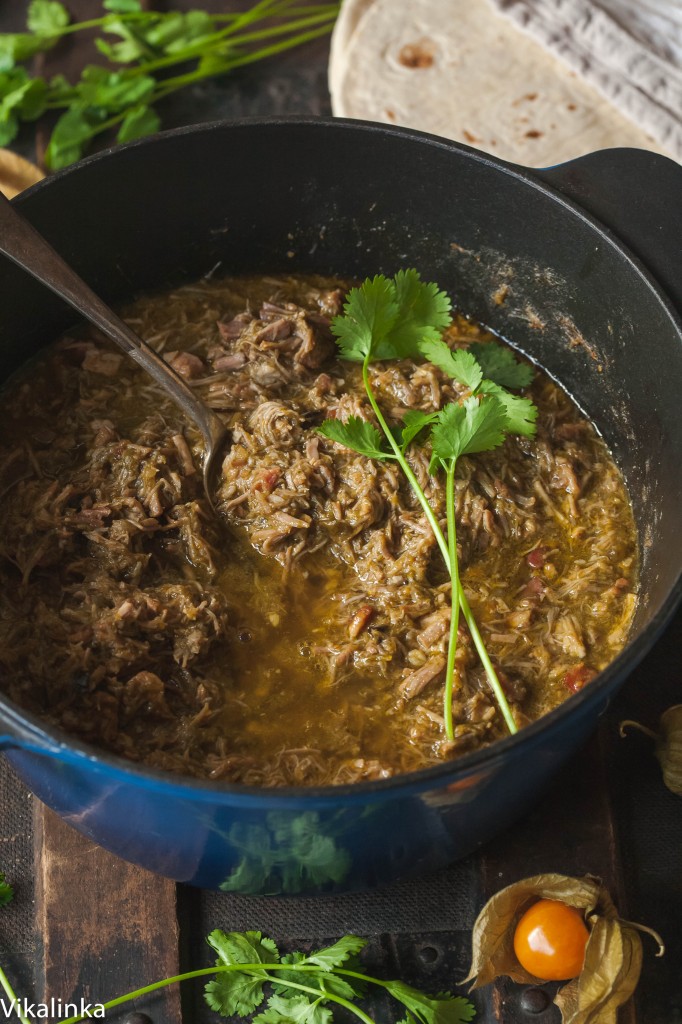 Most of the time I absolutely love living in England. I love this unique country, which manages to straddle both North America and Europe. It suits who I’ve become over the years and it definitely gives me plenty of material to work with when it comes to cooking. The one teensy weensy weakness, though, causes me to lose sleep once in a while-it’s seriously lacking quality Mexican food. I am not the one to complain when there are no good restaurants in town…okay maybe just a little bit but I will complain loudly when there are no ingredients available for me to make said food at home.

I’ve wanted to make chile verde for a while so as soon as my friend Kellie brought up on Facebook she had a pot of it simmering on the stove I immediately asked her for the recipe. As you may know one of the main ingredients in this chile is tomatillos and they unfortunately turned out to be impossible to track down in London. I spent half of a Saturday driving around in search of these curious and very exotic (for England) fruit but all in vain. I don’t give up easily but when I see a lost cause even I call it quits. 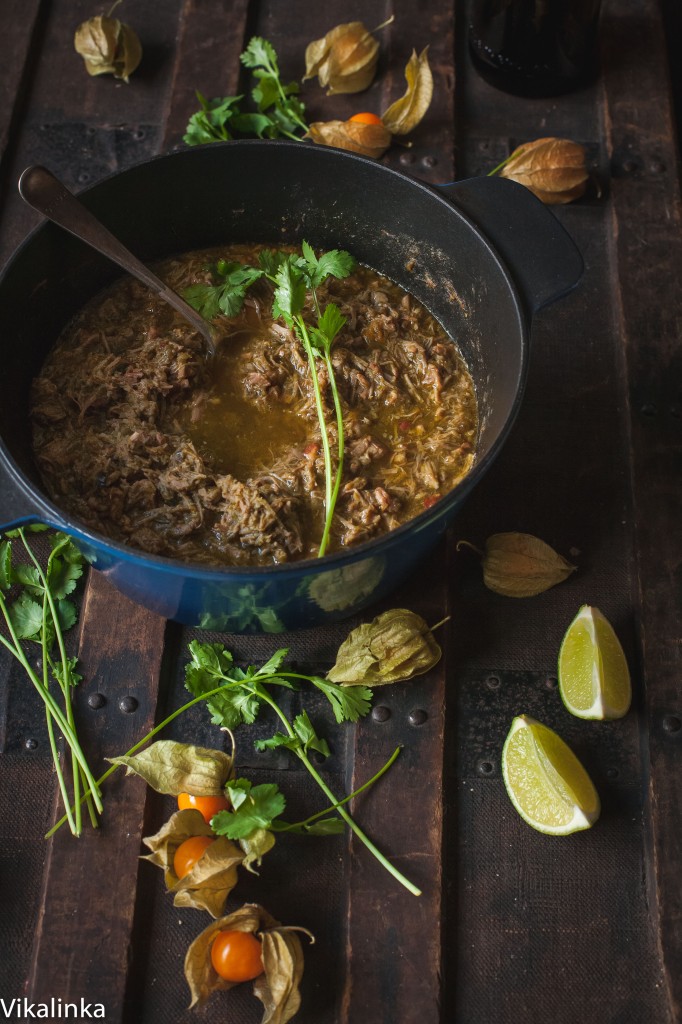 I knew I had to find a good substitution but I didn’t really know what to use besides tomatoes. I turned to Wikipedia and found out that tomatillos are closely related to physalis, also known as cape gooseberries, half a pound of which I had on my kitchen counter! I bought these beauties as a decoration for a Russian pound cake I made a few days earlier but I had no idea what else to do with them. 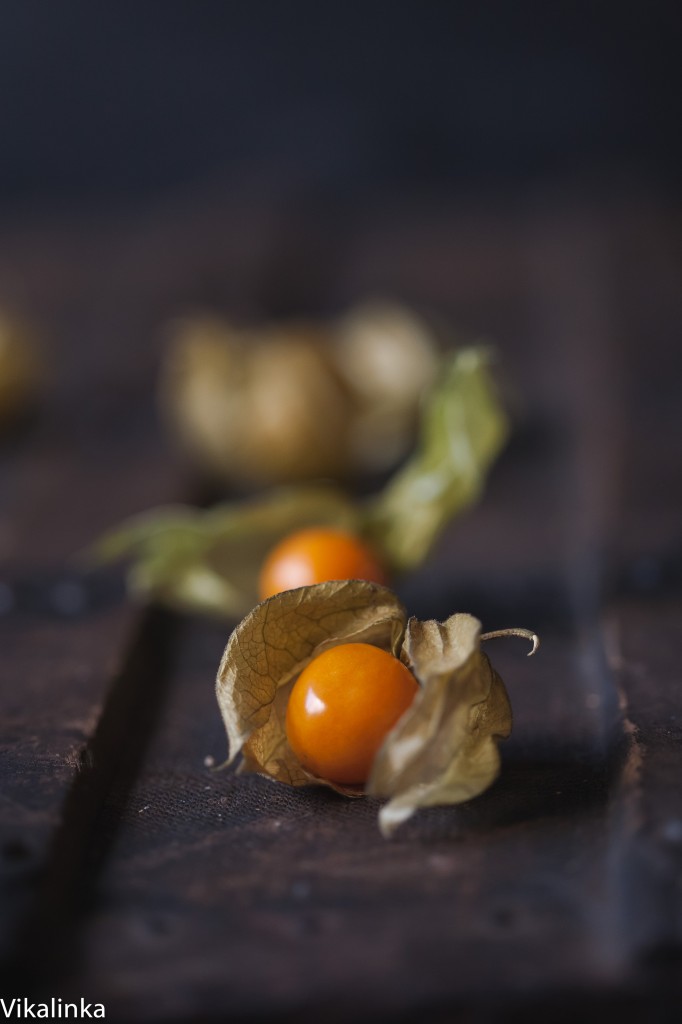 First of all, I decided to taste this mysterious fruit/vegetable and the taste was just like the package described – sweet and sharp…lovely…besides how fun it is to cook with something that looks like a work of an artist! 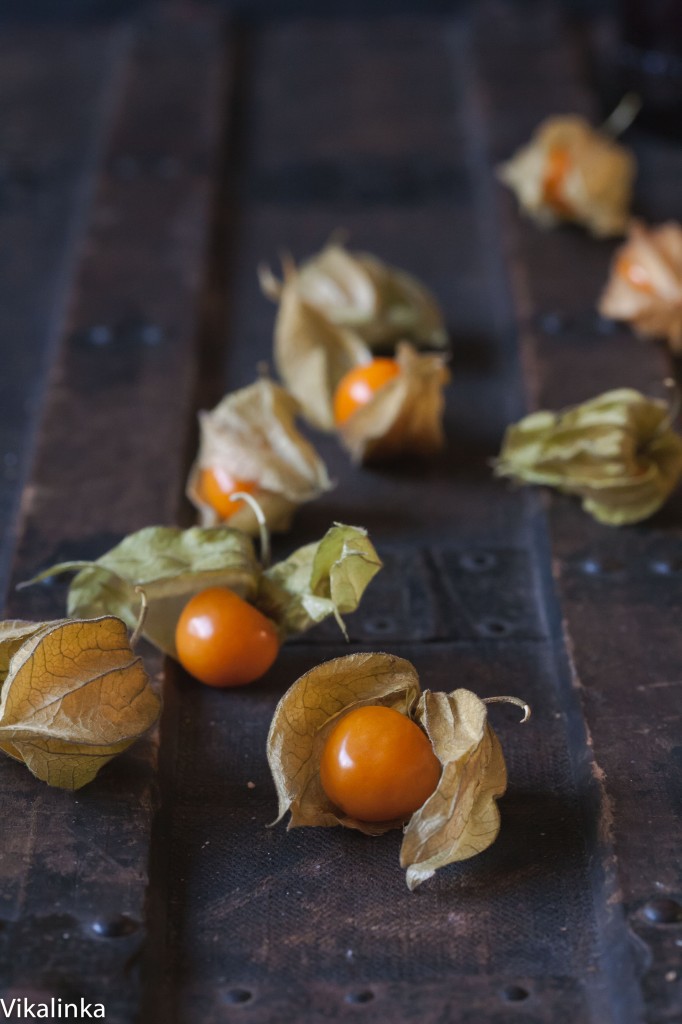 I also decided to add padron peppers that I picked up the same day while searching for tomatillos. Padron peppers’ taste is quite delicate, not spicy at all. Their main contribution was putting much needed ‘green’ in this chile verde. Last time I had padron peppers was in Spain. They were quickly charred and served as a starter…simple and delicious. So that’s what I did to them as well. 5 minutes under the broiler and voila. 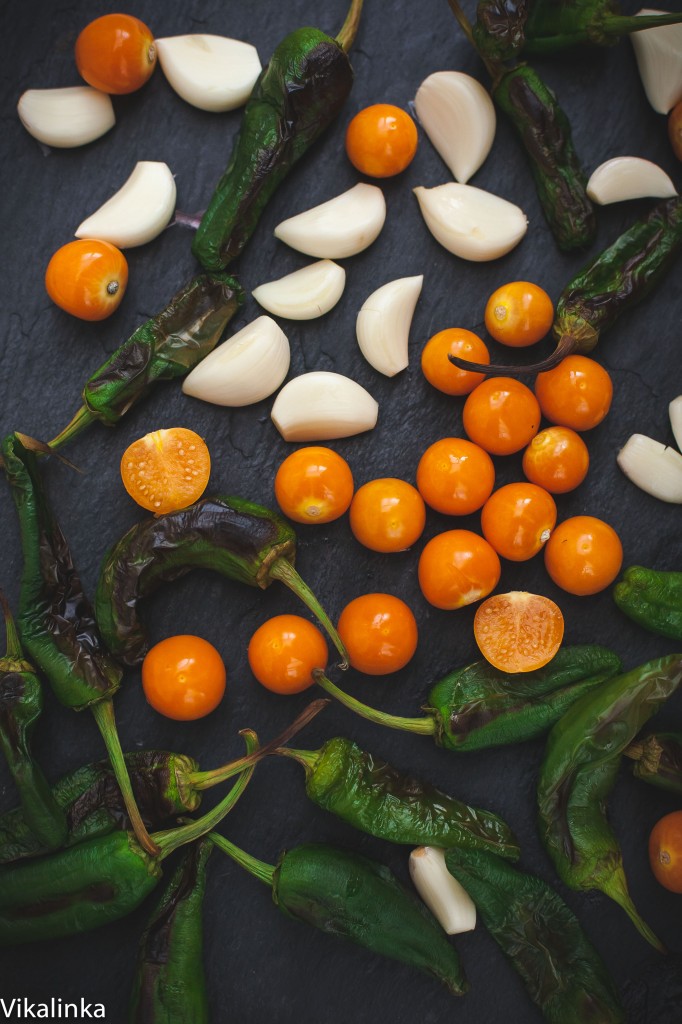 Now that we’ve gone through the list of exotic ingredients let me tell you that this dish is very simple, throw everything together type of cooking. If you can’t find tomatillos or physalis you can always use regular tomatoes. The results, however, are far from simple or plain. The slow cooking process is responsible for deep flavour when the ingredients seamlessly blend together and enrich each other in a beautiful and spicy medley. The recipe that my friend gave is intended for a slow-cooker but I got rid of mine a while ago so I cooked mine in a cast iron pot over the lowest heat possible for 5 hours. You can definitely use your crock pot if that’s what you have available.  You can serve this chile over steamed rice or as a filling for tacos and burritos. The recipe makes enough to freeze. Bonus. 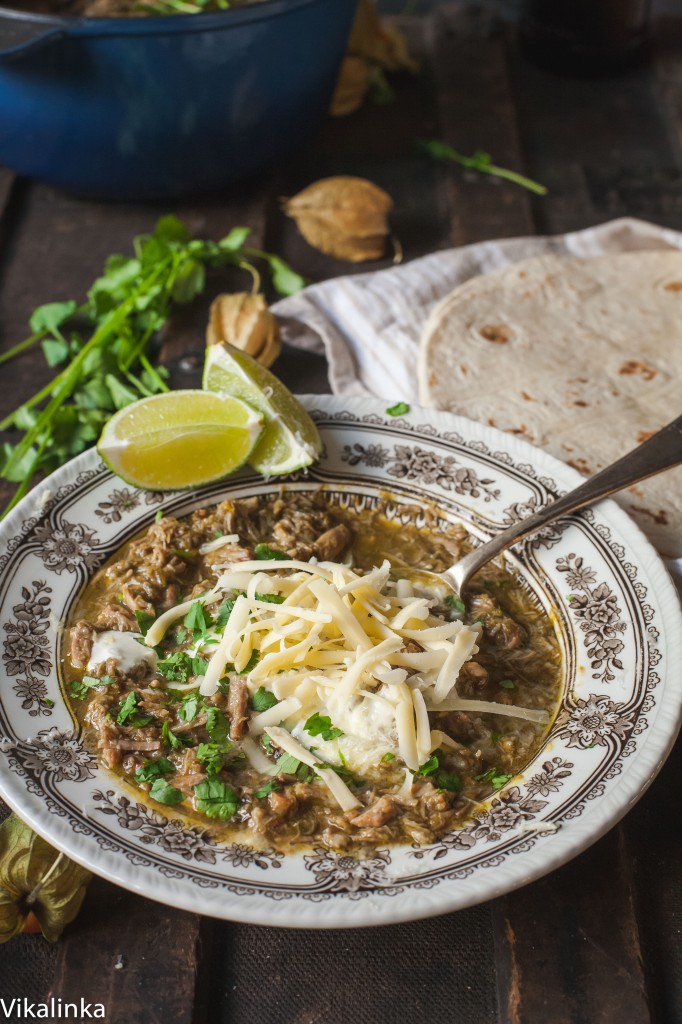 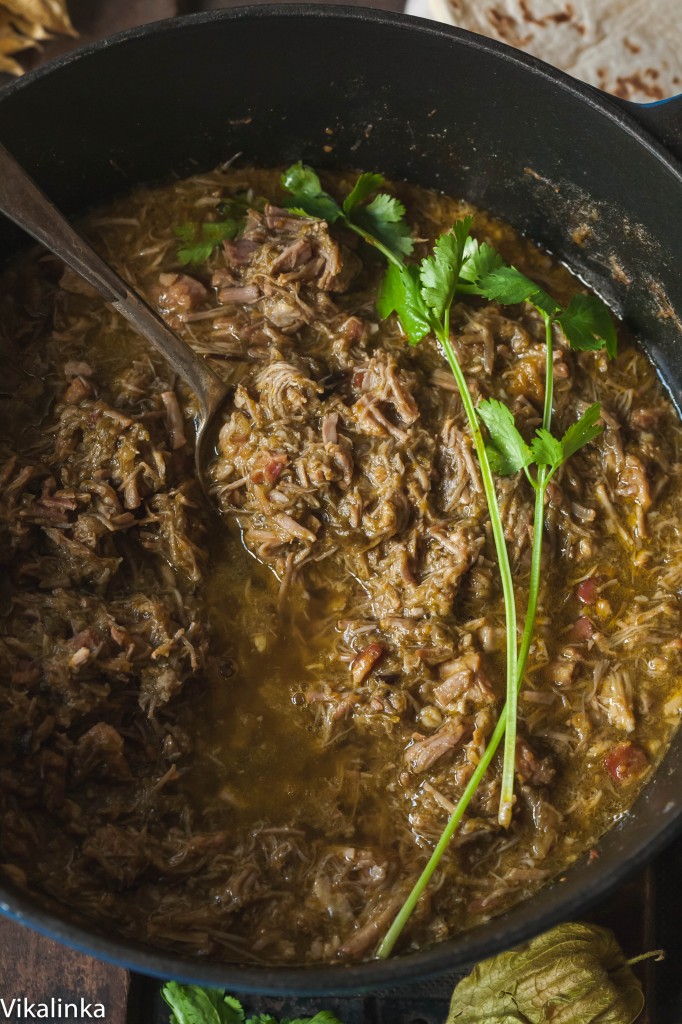 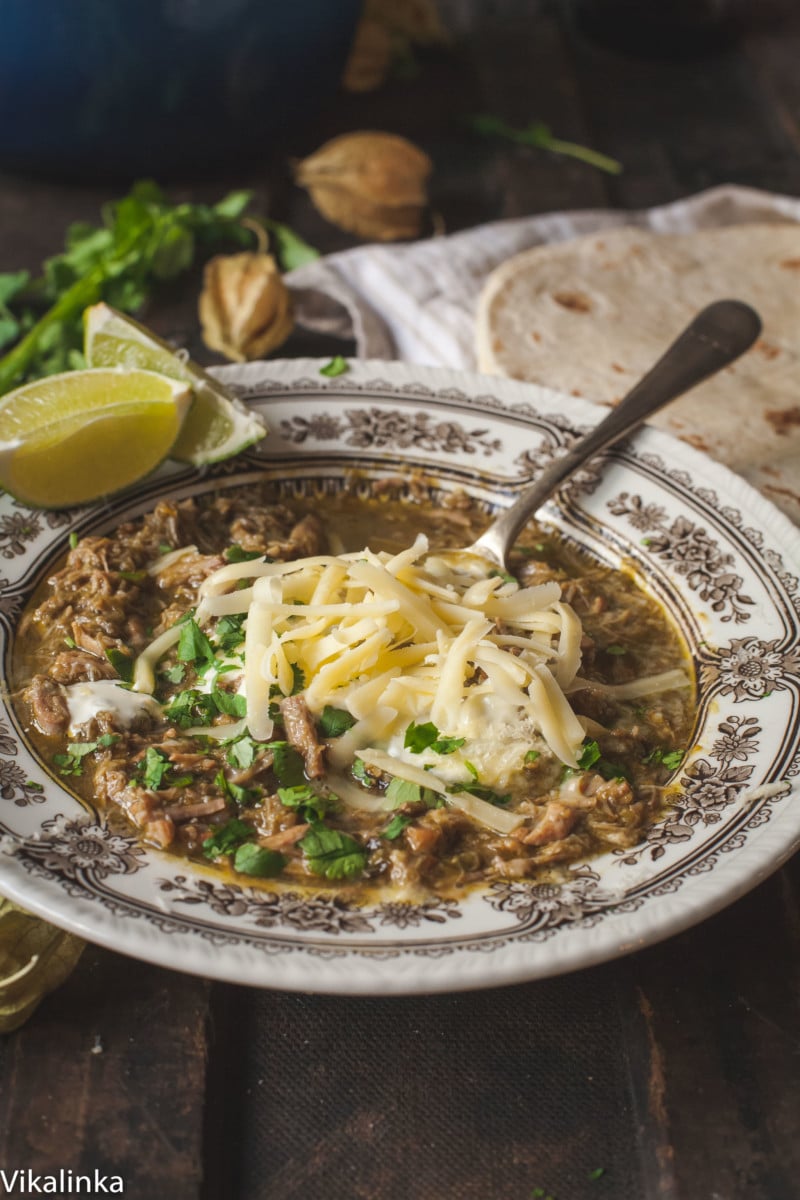 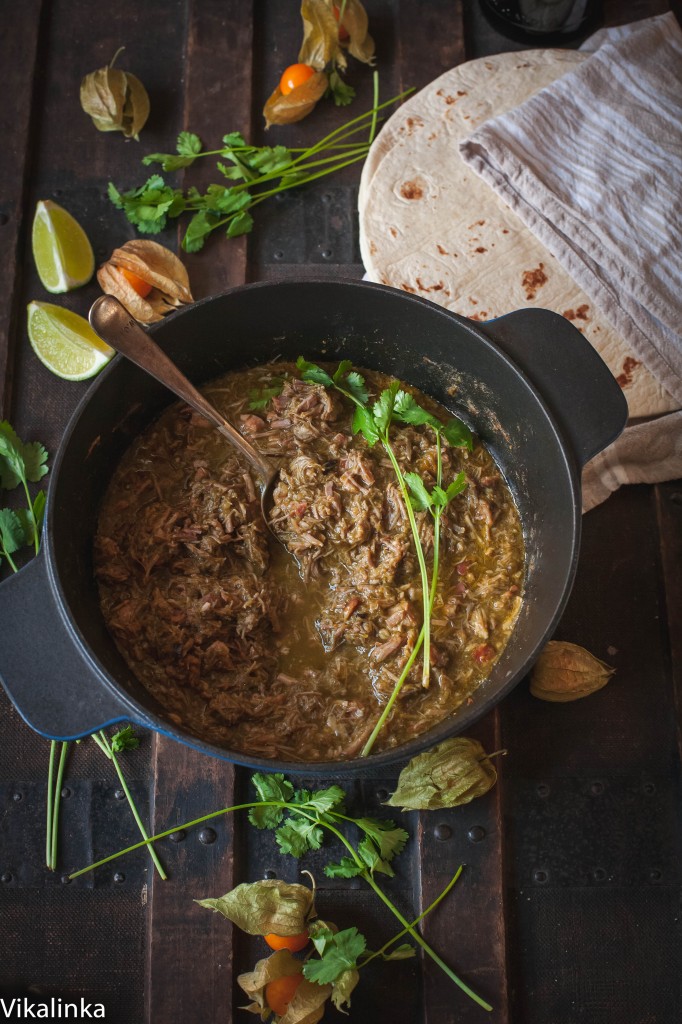 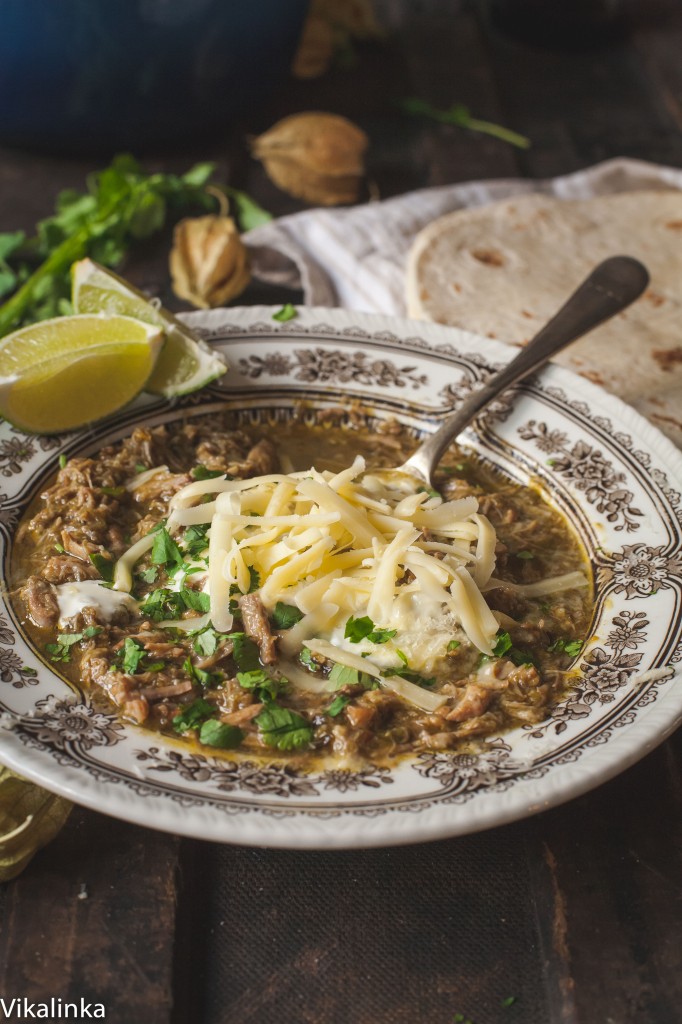