Add our 5 Minute Blender Salsa Fresca or Black Bean and Corn Salsa to the mix to take these flavours even further! 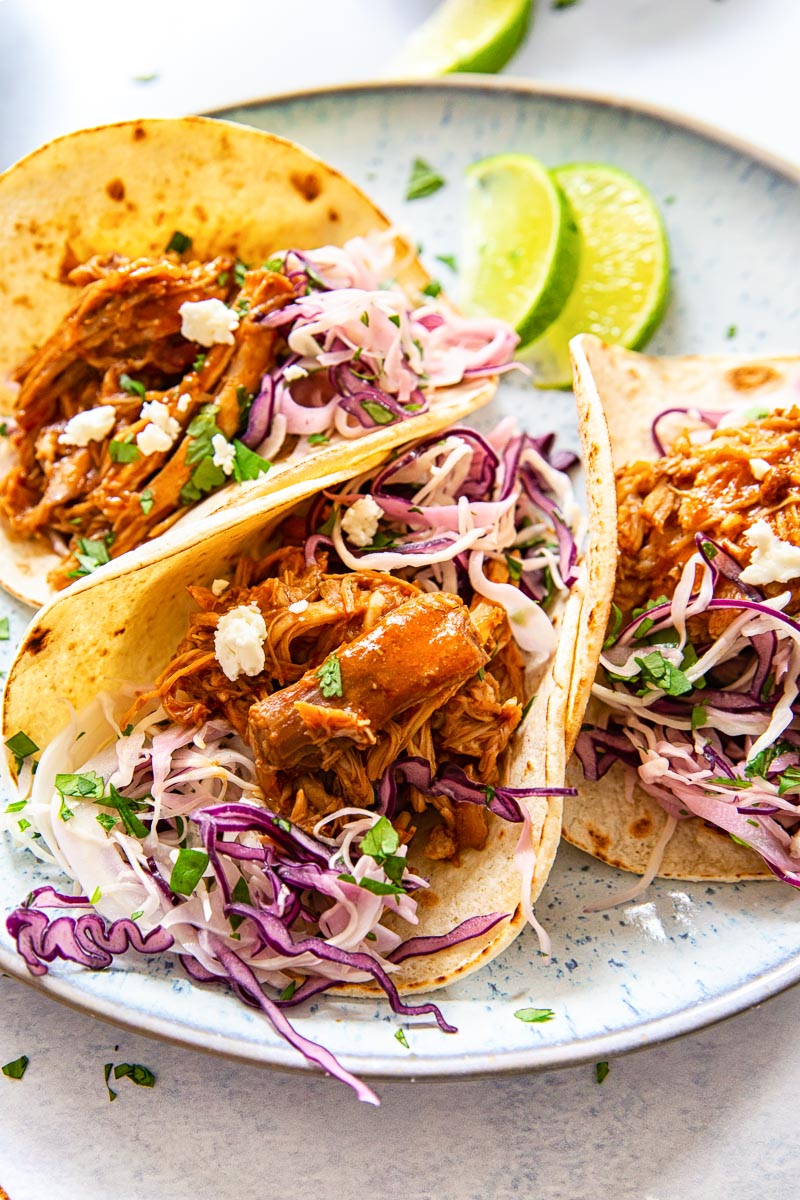 Imagine juicy and tender, I mean melting in your mouth tender, pork wrapped in a soft corn tortilla. Then top it with some creamy cilantro lime slaw, maybe even a slice or two of velvety smooth avocado.

Go ahead throw in some cheese too if you like. I won’t judge you! You end up with one of the loveliest mouthfuls you’ll ever taste. How would you like if I told you cooking this pulled pork takes no effort AT ALL?

That’s right your slow cooker will take care of all work and it won’t heat your house in the summer! 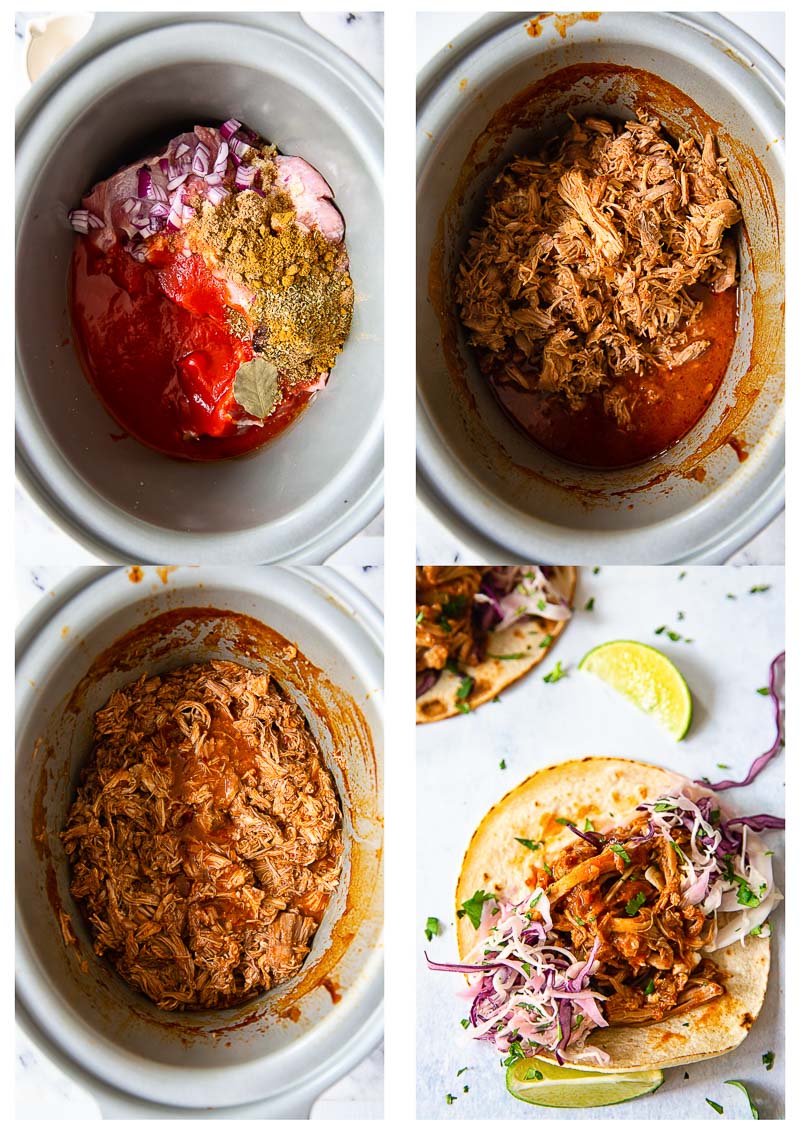 How to make them

Joking aside, anything made in a slow cooker is simple and that’s why we love using ours. In this case, just mix all ingredients together, load them in your slow cooker and hit cook.

I used to sear meat before adding it to my crock pot but I’ve skipped the step in this recipe as I often do nowadays. Browning the pork doesn’t noticeably affect the taste and skipping it makes this recipe so much easier and mess free.

The only thing I do is cut the large pork shoulder into quarters before mixing it with the seasoning, which makes shredding it, after it’s been cooked till tender, a snap! 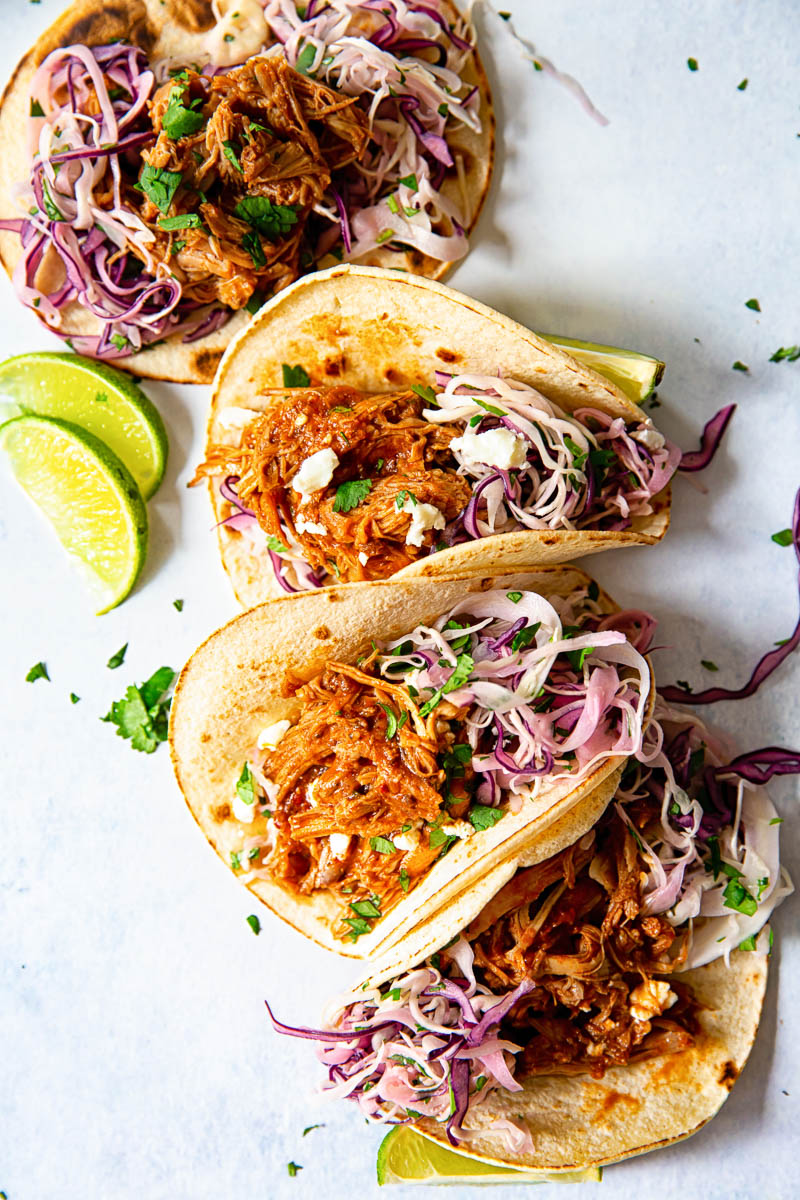 One of the best thing about tacos are the delicious toppings. They can vary the taste so much. You will never get tired of eating them!

I love serving this pulled pork piled up on soft tacos together with crunchy cilantro lime slaw. Recipe included in the recipe card.

I use both red and white cabbage to make my slaw because I love the combination of flavours and the visual appeal. However, it could be made with just one type of cabbage or even using a pre-made slaw mix.

Another condiment, that is a non-negotiable taco companion in our family, is a freshly made guacamole. The first thing my kids ask about when tacos are on the menu if we have ripe avocados for it!

Also add this blender pico de gallo or black bean and corn salsa and a dollop of sour cream or creme fraiche. If you are looking for something less traditional, try my blackberry chilli lime salsa. You won’t regret it! 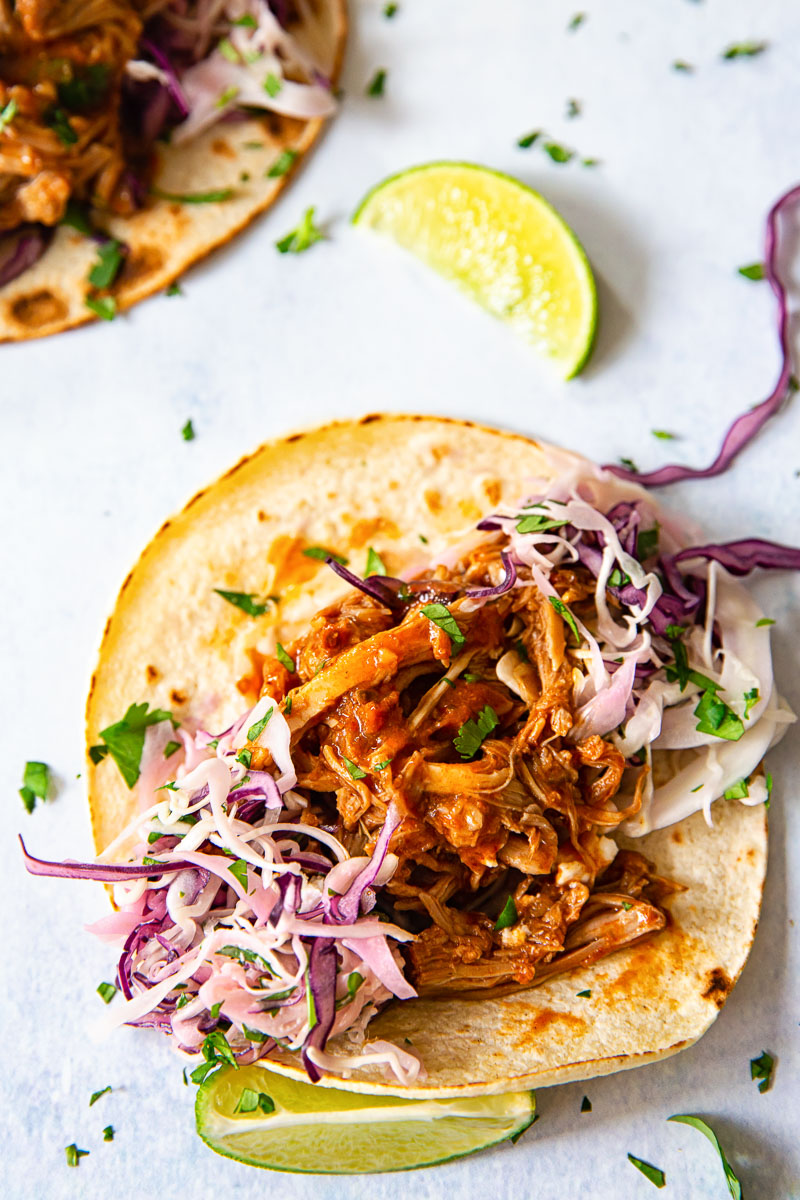 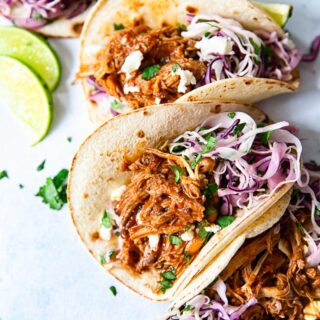 For the Cilantro Lime Slaw

For the Cilantro Lime Slaw

See the article for more taco topping suggestions and recipes.