It’s time to pull out your slow cooker and make these delicious and effortless pulled lamb birria tacos! Use leftovers in our delicious quesadilla recipe.

Take a look at our pulled pork tacos  or beef tacos if lamb is not your style! 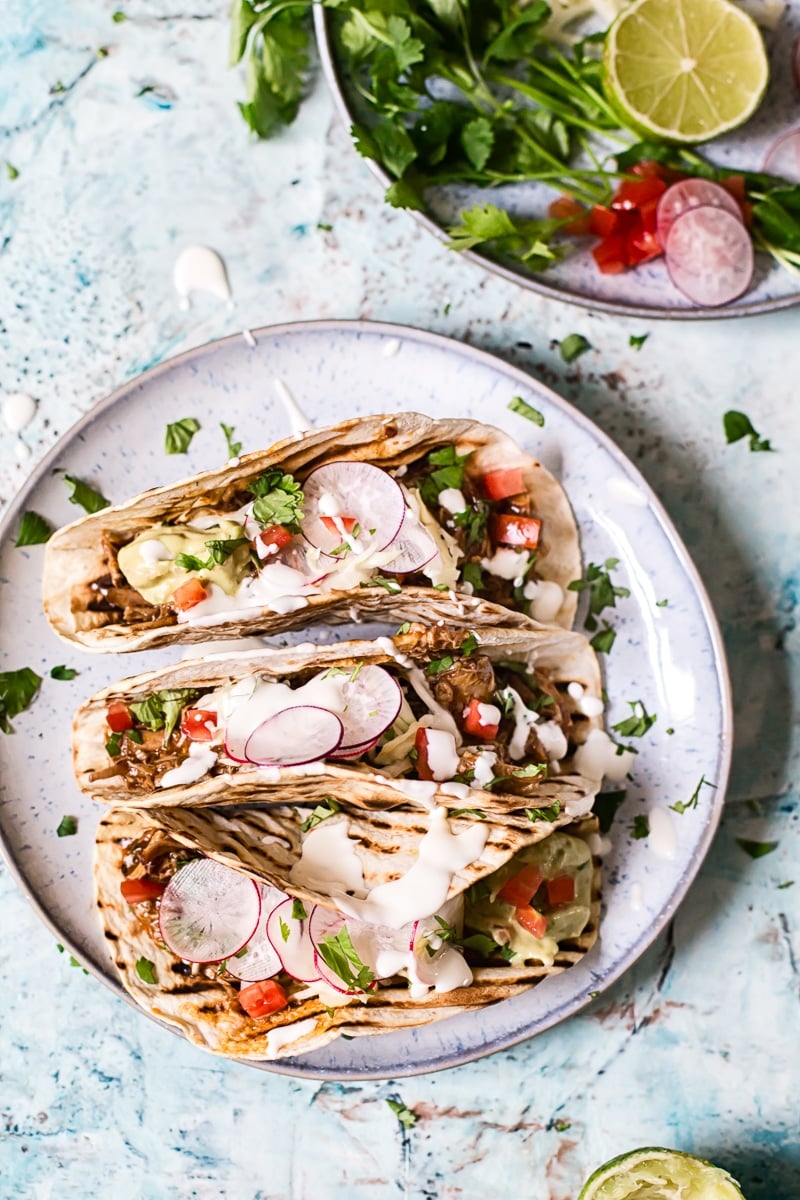 Winter months are the slow cooker months! It’s so easy and convenient to load up that trusty crock pot during colder spells when we tend to hibernate and move a bit slower.

The recipe I am sharing today for Lamb Birria was developed by a celebrity chef Neil Rankin, which I slightly adapted. It’s a traditional Mexican stew, which could also be successfully made with beef or pork.

Sure we could eat as it is but I knew my kids would have a lot more fun with Pulled Lamb Birria TACOS! 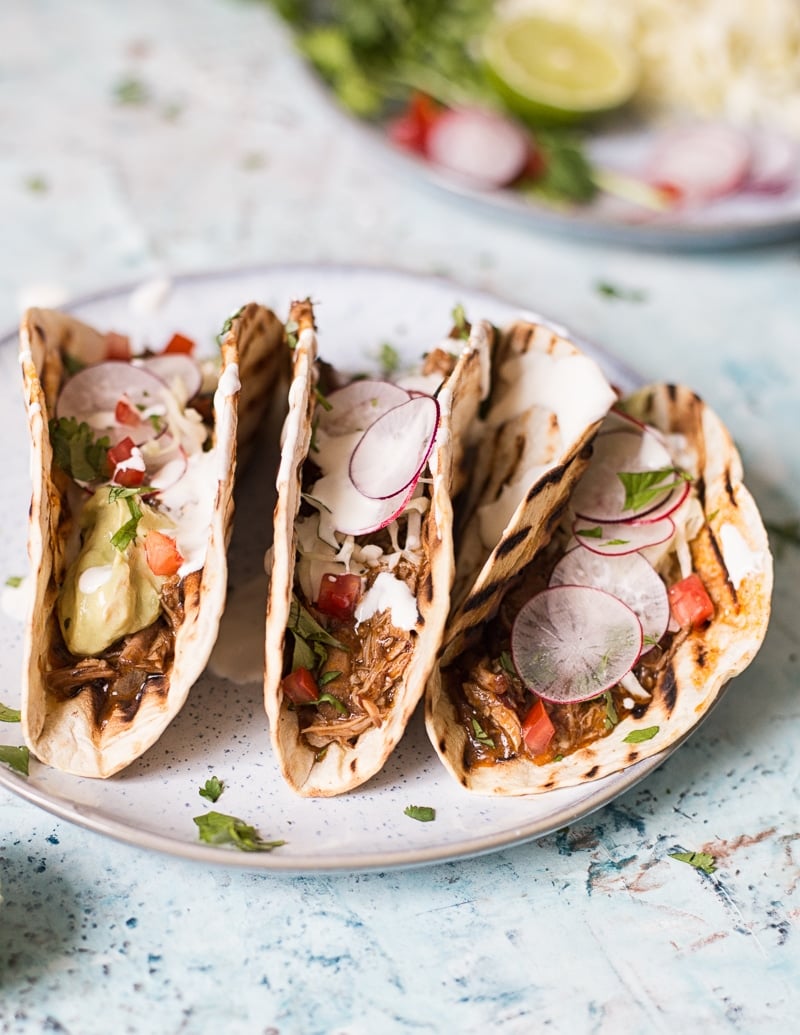 What is Lamb Birria?

Birria is a traditional Mexican dish usually made of goat but could also be made with lamb or pork. The meat is flavoured with a variety of spices.

A large number of spices was originally used to cover up the strong smell of the goat meat. Whatever  meat you choose, make sure it is a fatty, boneless piece that lends itself well to slow cooking.

Birria can be eaten as a stew or a as a filling for tacos, which is what we are doing today.

I cooked a shoulder of lamb on low and slow with an array of spices until it’s easily pulled apart with two forks, then stuffed into tacos with all the toppings! 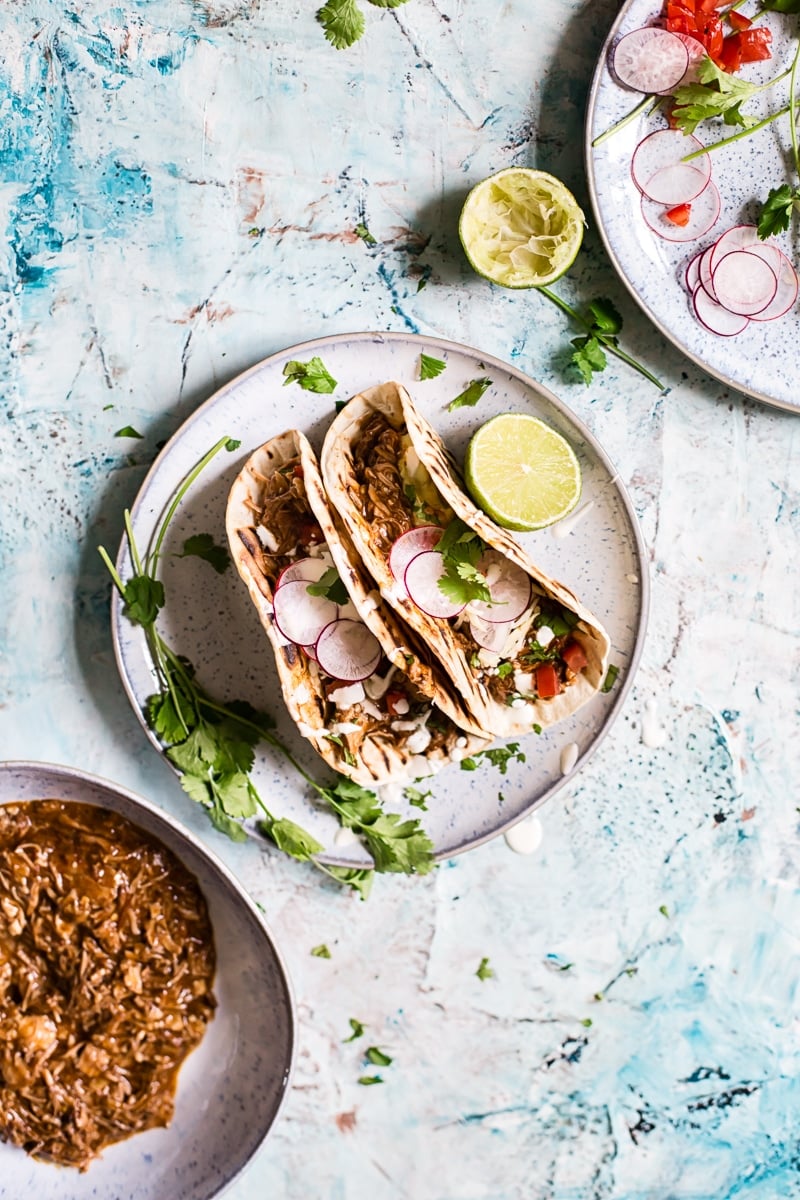 At the end of the cooking time, you will have tender and flavourful meat submerged in a lot of sauce. The sauce is a big part of what makes this dish birria, so do not discard it. It is also a huge flavour maker!

However, the sauce will be thin because it’s been cooked in a slow cooker and they tend to produce watery dishes. Don’t worry it’s easy enough to fix.

Simply thicken the sauce with a cornstarch and water slurry. If your slow cooker insert is metal and made to be used on a stovetop, set directly on the stove.

Then proceed with the recipe and add your cornstarch. Bring to a boil and continue simmering over medium heat until desired consistency. 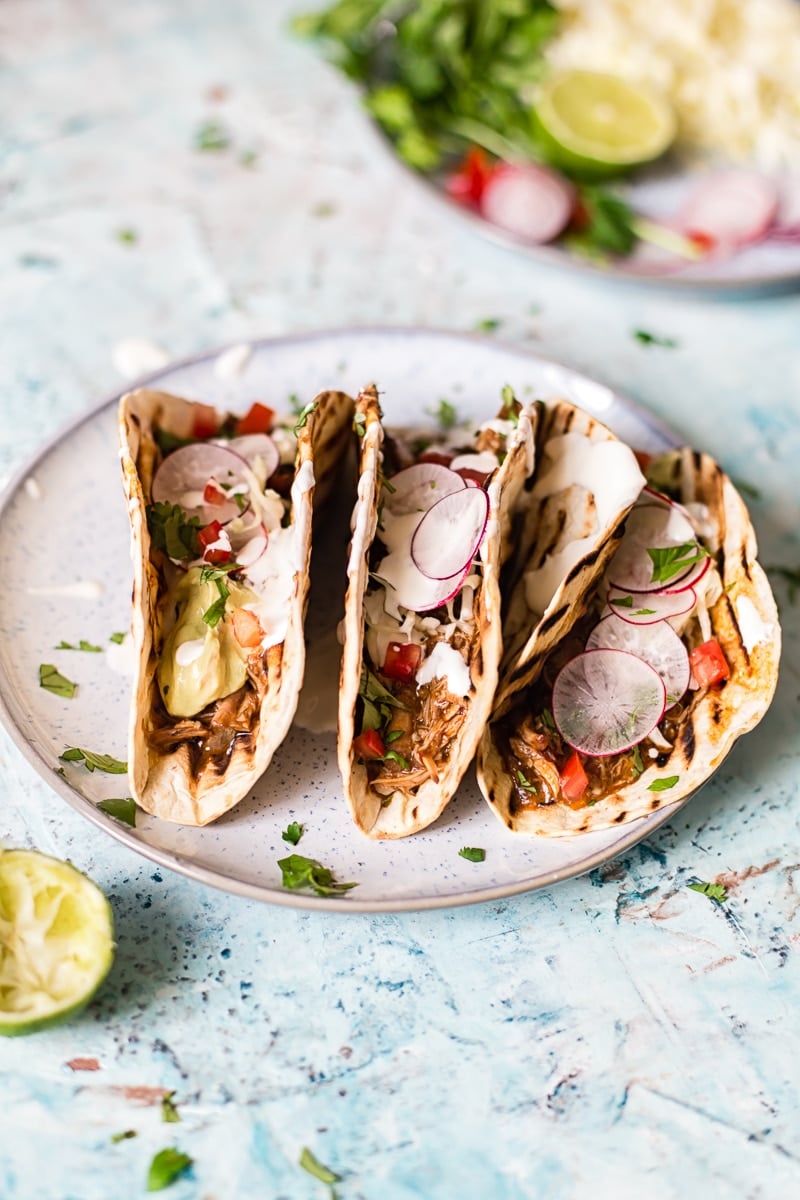