How would you like a delicious Chicken Paprikash recipe that’s been made a tad leaner? Made with chicken breasts instead of the traditional thighs and legs, this recipe is not only lower on calories, it is also so much quicker.

Serve this chicken with our Baked Mashed Potatoes and Homemade Bread. 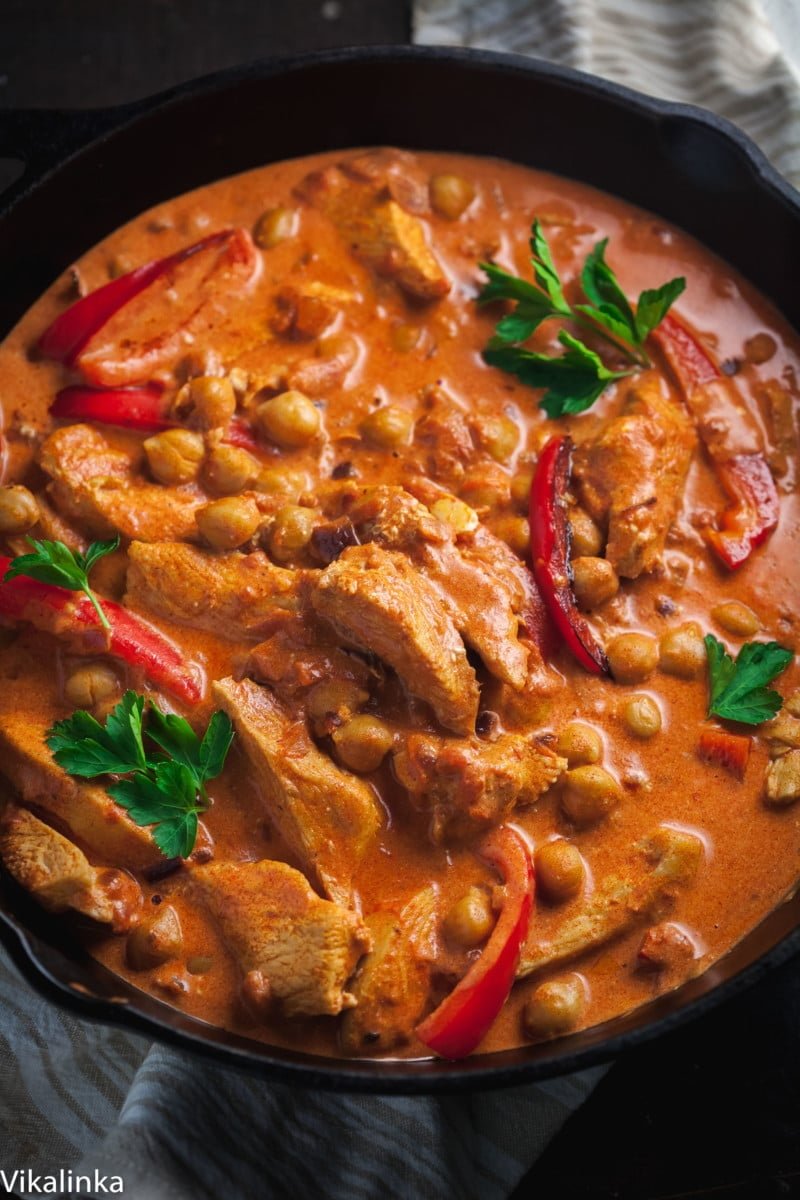 Traditional Chicken Paprikash is one of my favourite meals to sit down to as a family. It’s delicious and comforting. Chicken braised in a rich sauce flavoured with paprika and enriched with sour cream is a delight.

It can be a bit heavy and calorie-laden. So I was determined to lightened it up. And after a few trials I ended up with something incredibly delicious even though not entirely authentic. 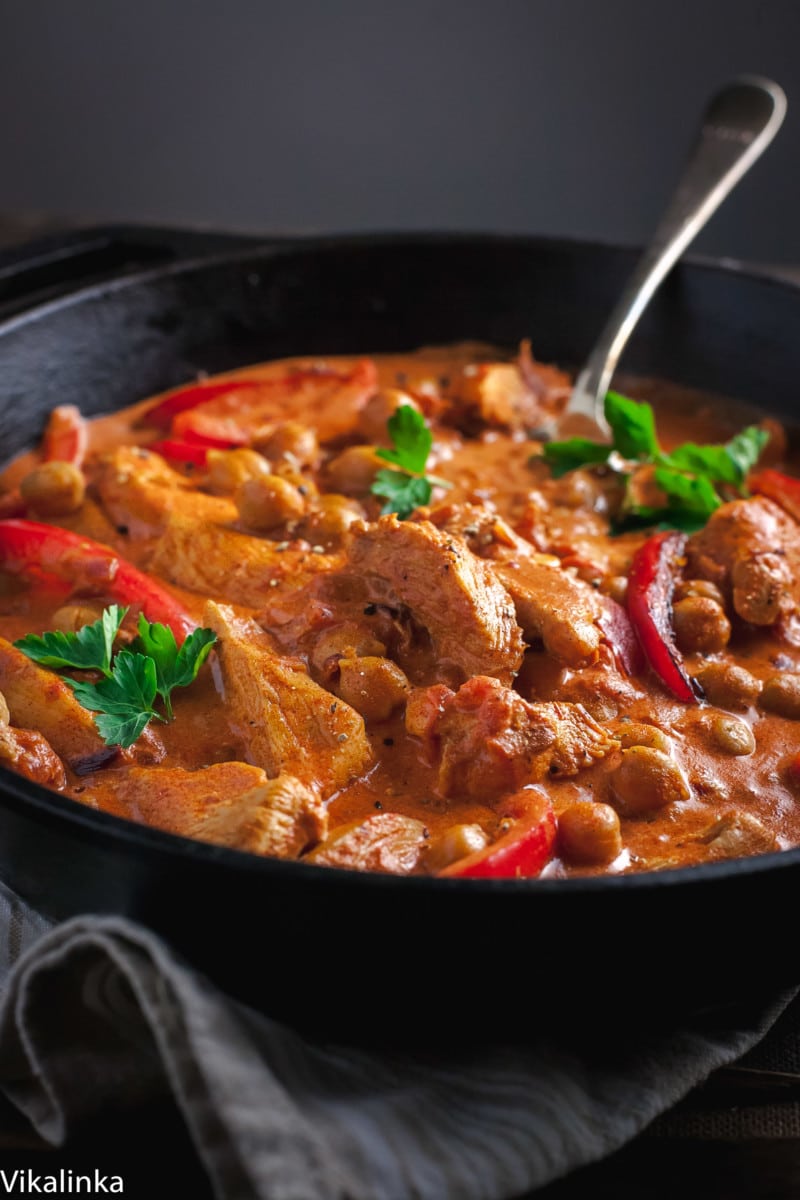 Well, traditionally chicken paprikash is made with chicken legs and thighs that need to be fried first in order to crisp up the skin, which means ….more fat. Then it’s braised in a rich paprika sauce.

I wanted to avoid frying the chicken, so I chose skinless, boneless breasts instead. And to make things even lighter I used half the amount of chicken. Then I added red peppers for some needed vitamins.

I scaled down on the oil and sour cream to reduce the calories. Not only is this chicken paprikash healthy, it is also economical!

To bulk up the dish I added canned chickpeas. If you are a chickpea fan like myself, I don’t need to convince you what a great texture they add. Also being simmered in Hungarian paprika sauce makes them off the scale flavourful…little smoky nuggets of goodness. 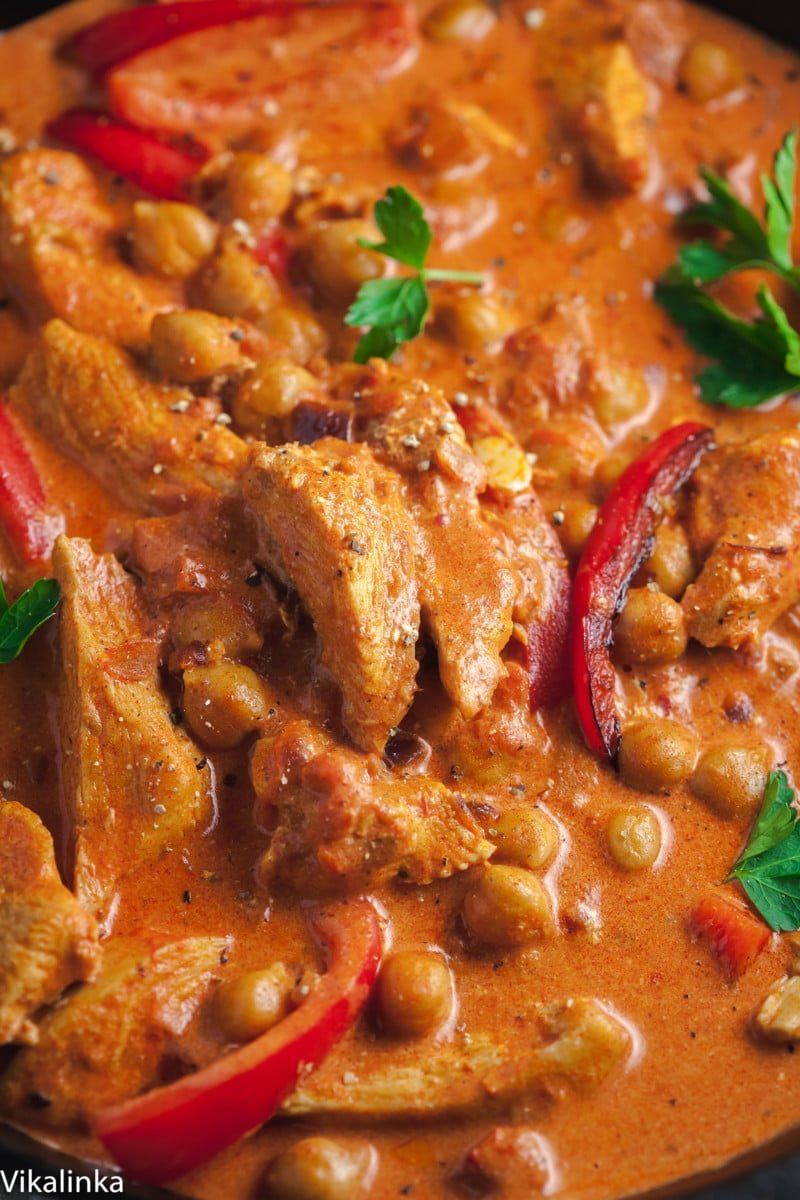 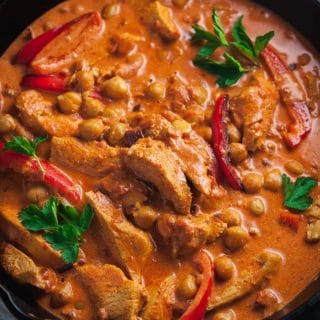