This morning, right smack in the middle of February I discovered that our temperature dropped below zero. Only by one degree mind you, but it still counts.

We have officially reached “soup weather” and soup we’ve had! You might wonder why I need a meteorological permission to eat soup and I am happy to explain.

I grew up in a Russian household, where soup had to be consumed “to stay healthy” for every lunch as a first course, which is supposed to be followed by meat and potatoes of sorts and then tea with sweets and biscuits.

Sounds like a big lunch. I completely agree. The tradition was not always compliant with real life though, where people worked and studied and didn’t have the luxury to enjoy a three course feast, so the majority of people I knew just had soup.

I, on the other hand, hated it, except for this yellow split pea and ham soup, which is what this post is about. 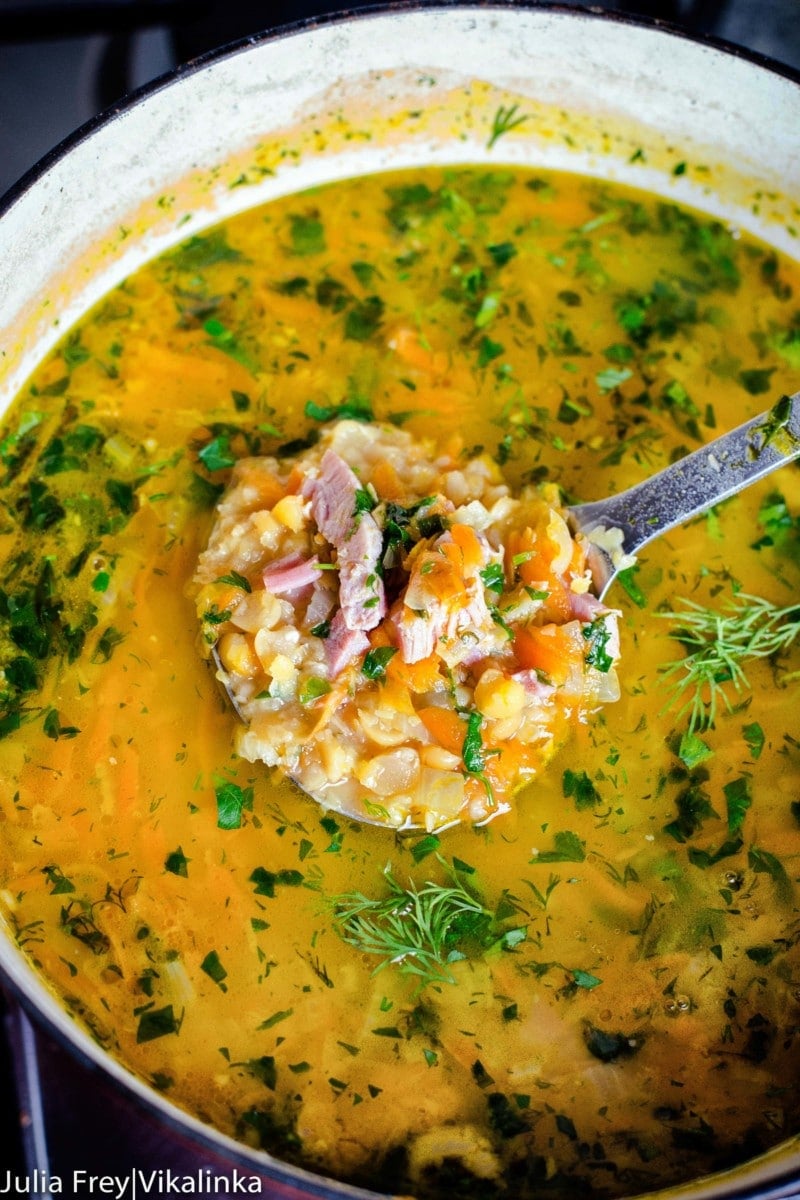 Growing up this soup was a favourite with my brother and I to my mom’s bewilderment. After all split peas are traditionally thought to be a “poor man’s food”, cheap and plain.

However, this split pea soup is as delicious as it is simple to make. I had to recall my mother’s recipe because I didn’t want to mess with perfection and when I did, I felt like the ingredient list was too short.

Have I not remembered it right? How could a handful of ingredients produce rich flavour? Well I have and it did.

So what gives this split pea soup its taste?

One hour of slow simmering infuses the broth with so much goodness that gives this split pea soup its distinct flavour. What else? It’s extremely filling and economical! 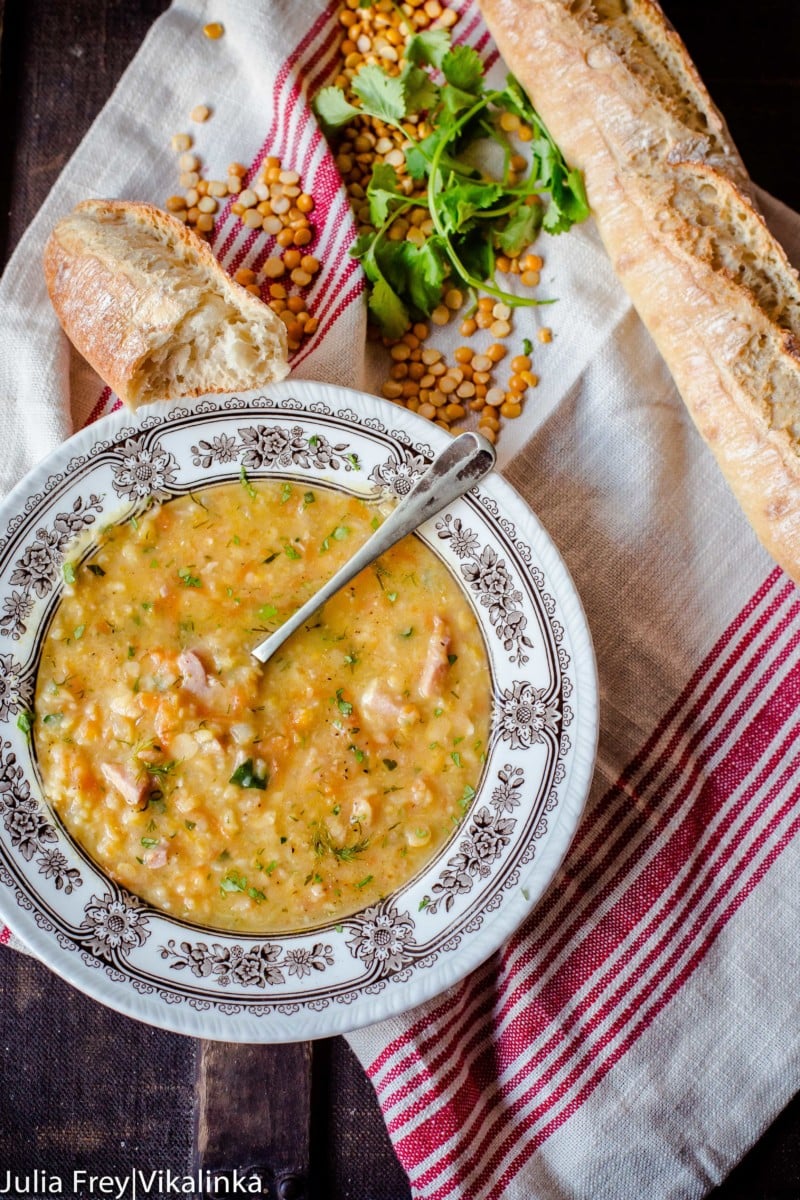