If you like a rhubarb pie as much as I do, you need to make my rhubarb slab pie that feeds a crowd or one greedy individual! 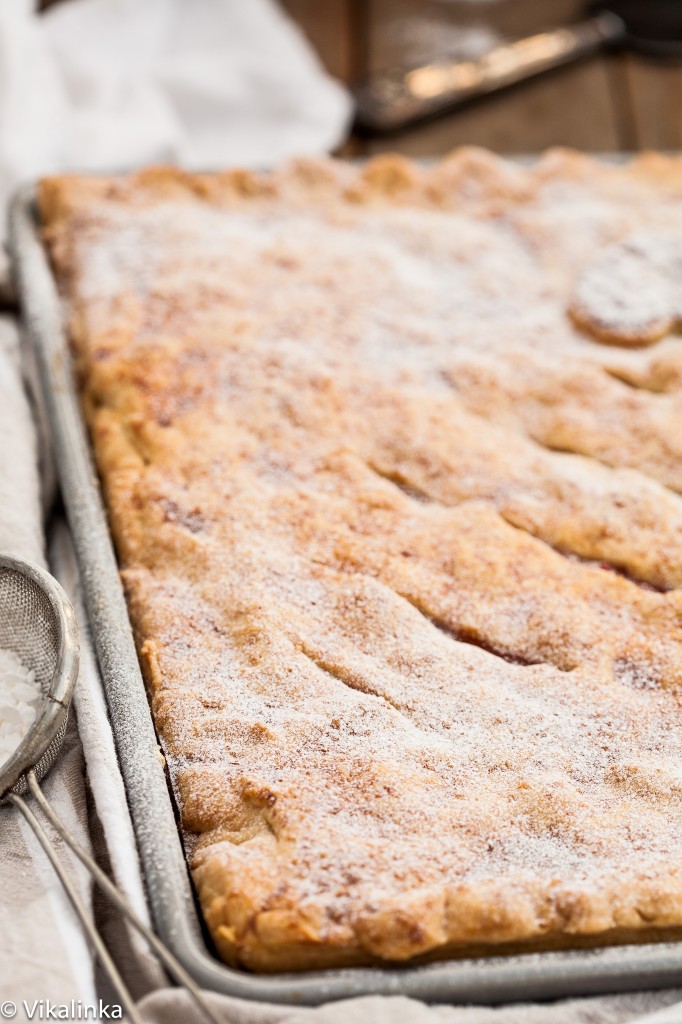 My husband has been requesting pies a lot lately. I’ve been quietly ignoring those requests. The strategy worked for a while but then I got close to a revolution on my hands. The man loves his pies.

For some reason pies seem like a lot of work.  Everything from making pastry to preparing that filling seem so labour intensive.

But not so if you use  pre-made pie pastry and choose the easiest fruit to work with. Also, making your pie into a slab pie helps a lot.

Less work, more pie. It’s a win-win situation. However, if you feel like spending some quality time in the kitchen I’ve got the flakiest and the tastiest (read comments under the post) pie crust recipe posted. 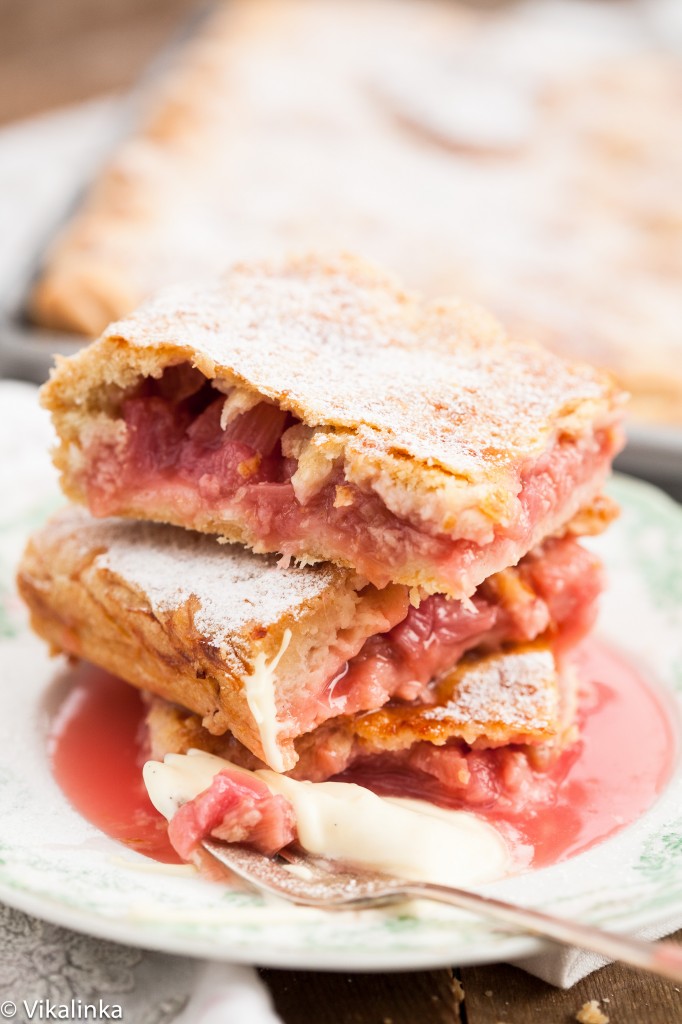 By the easiest fruit/vegetable I mean “rhubarb”- tastes like fruit but is in fact a vegetable. Just chop it up, toss with some sugar and you are golden.

Rhubarb and I go way back, we are both Russian in origin, therefore I favour it in my kitchen quite a lot. I even baked the most traditional Russian cake Sharlotka and instead of using apples, I used rhubarb.

Rhubarb is often mixed with strawberries or other berries in desserts but I quite like the pure taste of it, so I decided to leave it alone and let it shine in my rhubarb pie.

Another example of its beauty is in this Rhubarb Cobbler.

How To Make Rhubarb Pie

The lengthy pie making task I was avoiding for a few weeks was done in no time, 20 minutes to be exact-from the beginning to the end, not counting the oven time.

I bought my pastry already rolled into big rectangles. All I had to do was fill them with chopped rhubarb mixed with sugar, flour and lemon zest and pinch the edges, so not a drop of tasty filling would spill out.

Then brush it with a bitten egg and  sprinkle with some Demerara/Turbinado sugar for extra prettiness. Pop it in the oven for 45 minutes, then dig into it straight away or wait for it to cool if you have that kind of self-control. I don’t. 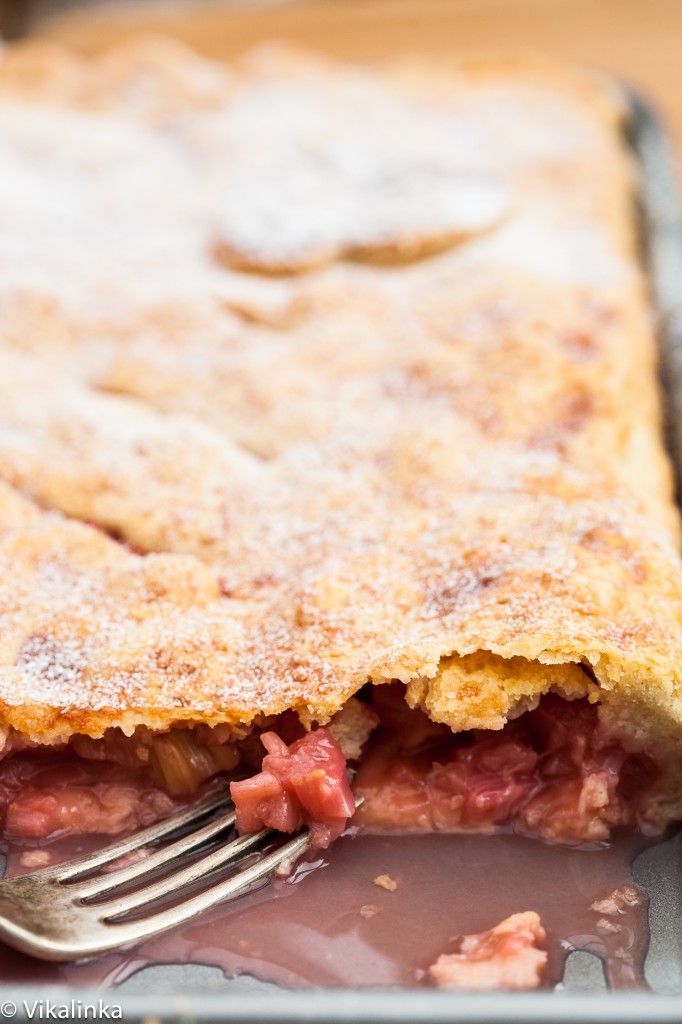 Do I have to pre-cook rhubarb for the pie?

No, you don’t! Just dice the rhubarb into small enough pieces and they will cook perfectly inside the pastry while the pie is baking. Like I said this recipe is so easy. 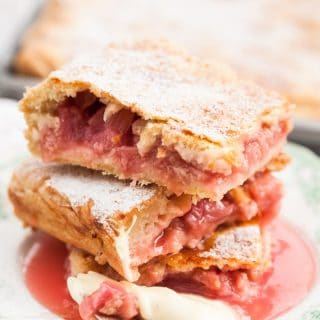