This dulce de leche apple pie is a fun and delicious twist on the classic. And the mini apple cutouts, which make the top crust, are simply gorgeous and easy to make than a regular crust!

If you are a fan of apple desserts, why not give our simple Apple Turnovers a go! 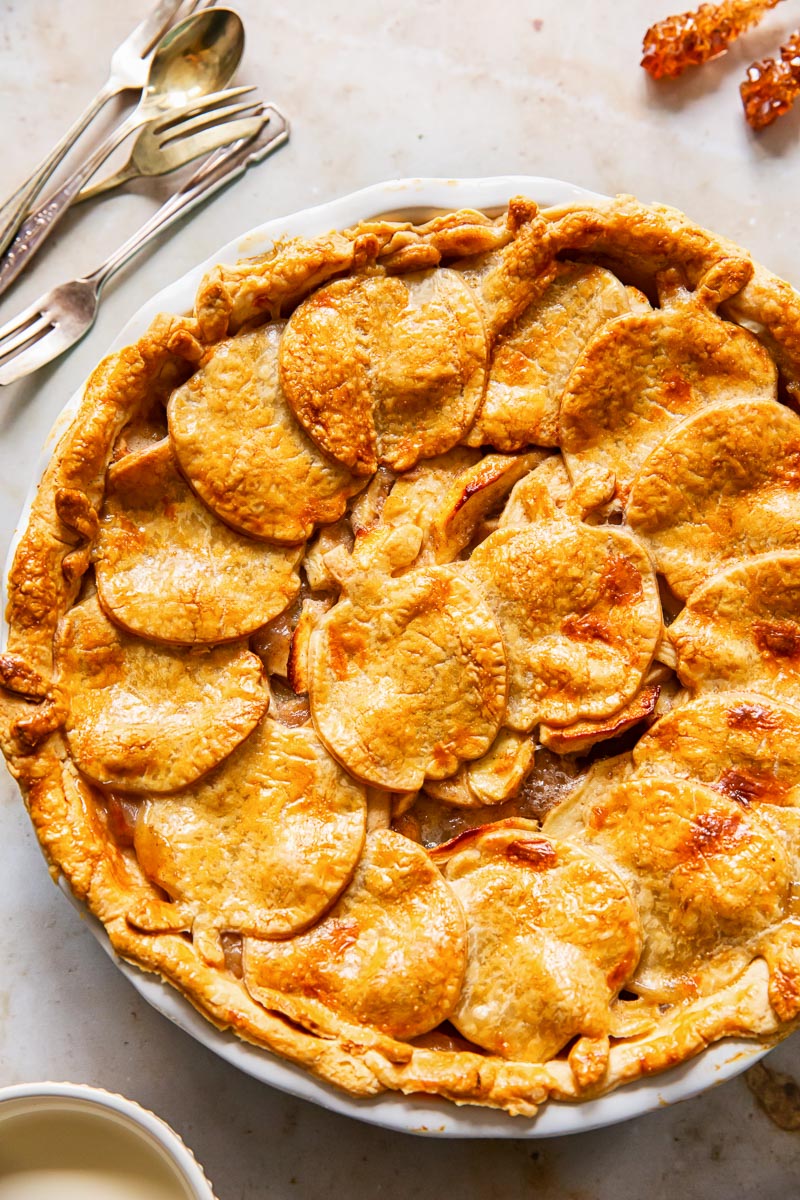 My mother-in-law is famous for her pie crust recipe, which is called “No Fail Crust Recipe”. Her pies are so tasty and the crust is so flaky my late father-in-law used to request a birthday pie instead of a birthday cake.

I used to call her every time I was about to make a pie because I’d displace that piece of paper where I wrote the recipe down.

I did it for years until she finally revealed to me that her famous recipe is in fact the Tenderflake pie crust recipe. The one that comes printed on the box.  For those of you who are not Canadian, Tenderflake is a major Lard producer in Canada, and evidently the creator of the BEST pie crust.

The recipe they came up with is quite unique as it has a bit of vinegar in it and creates the flakiest pastry I’ve ever seen or eaten. As you break into your pie crust you can literally see layers upon layers. It’s phenomenal.

On another note, as much as I am a firm believer in butter, you just can’t beat lard when it comes to light and delicate pie pastry! Lard has its uses and pastry making is definitely one of them.

If you really don’t like lard or are not able to source it, you can substitute with shortening.

So the recipe I am about to share makes 3 X 9 inch double crust pies, which serves me just right. I usually make one pumpkin pie and one apple pie for the holidays, and freeze the rest of the pastry for my delicious chicken pot pie.
As you probably see from the pictures above I didn’t just make an ordinary apple pie. Not only does it have dulce de leche added to the apples but it also features a BEAUTIFUL top crust.

Don’t worry it’s not difficult to make, in fact it’s easier than a regular method and I will show you exactly how I did it. 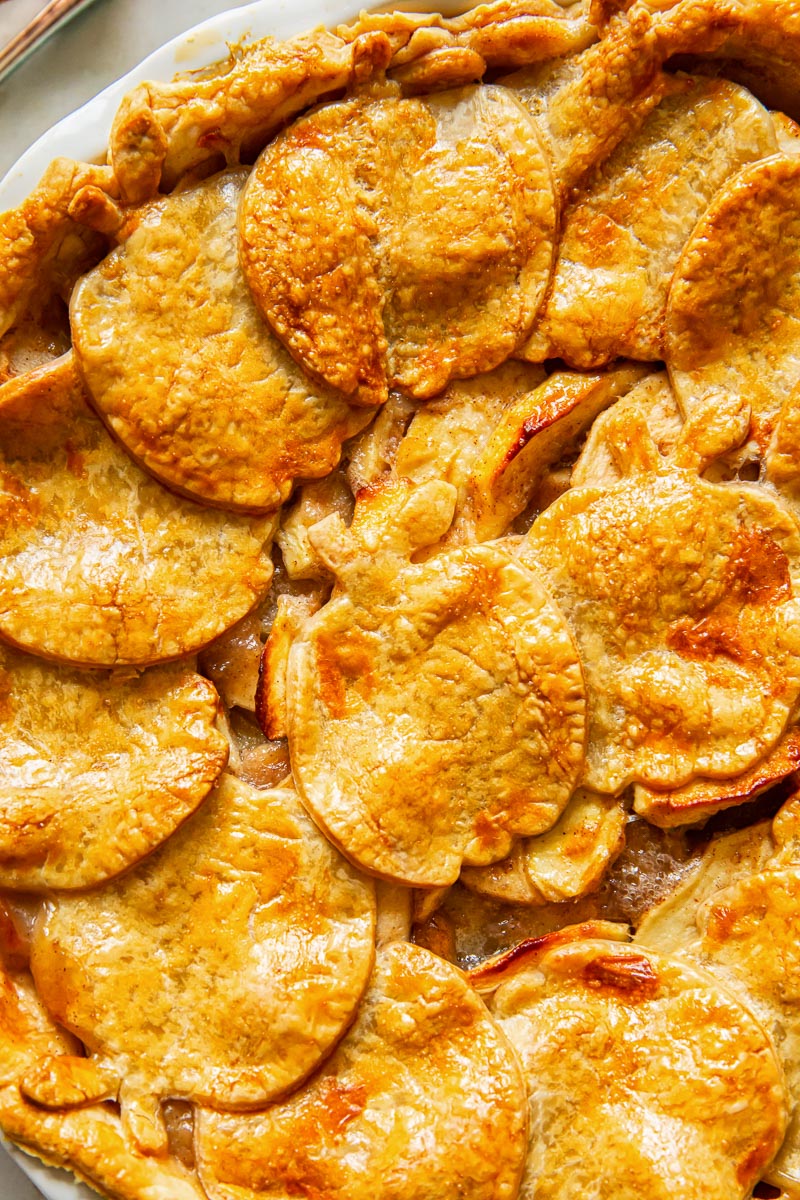 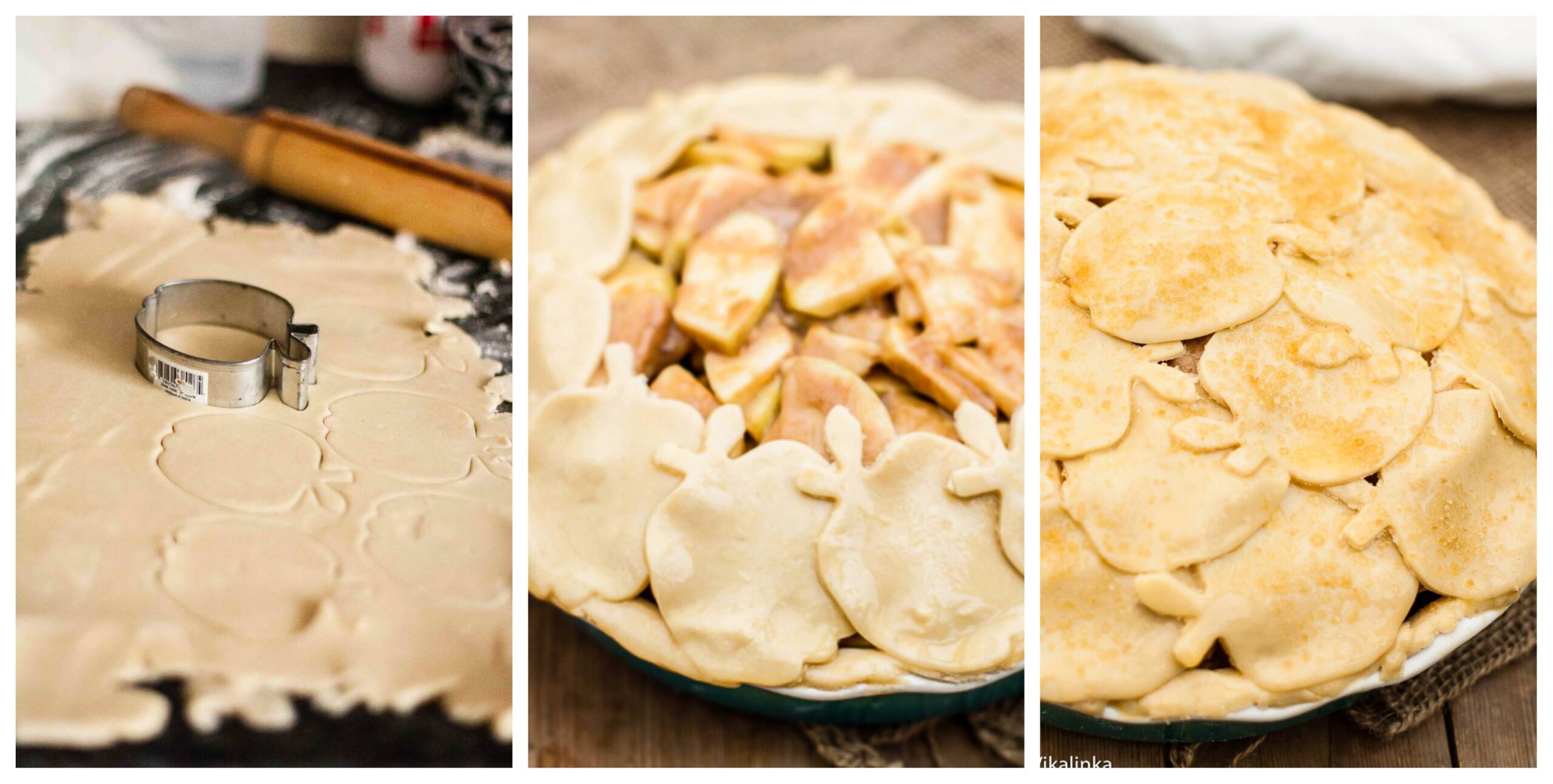 It’s no secret that the end result will largely depend on the apples used. So let’s do it right! Don’t worry you can use almost any apples for a pie. However, you might need to adjust the recipe depending on their sweetness and texture of your apples.

If your apples are very ripe, it will take less time to cook. The opposite is true if the apples are hard. In this case, loosely cover your pie with aluminium foil and continue baking until the apples are tender all the way through. (Test with a knife for doneness, they should pierce easily).

The amount of sugar will depend on the sweetness of your apples. Mine were very green and very tart, so I used ⅔ cup/120g sugar plus ½ cup/125ml dulce de leche, which was the right call.

However, you might need less sugar than I did, so ALWAY taste your apples before you put them into your pie.

What is dulce de leche?

Dulce de leche tastes very similar to caramel, and in fact could be used interchangeably in recipes. It is made by slowly cooking milk and sugar together until it forms into a thick and dark amber substance.

Boiling a can of sweetened condensed milk produces the same results. It is incredibly delicious and very indulgent. You can use store bought dulce de leche. Carnation brand Caramel is readily available.

This apple pie recipe will also work if you choose to omit the dulce de leche. Simply increase your amount of sugar to 1 cup/200g. 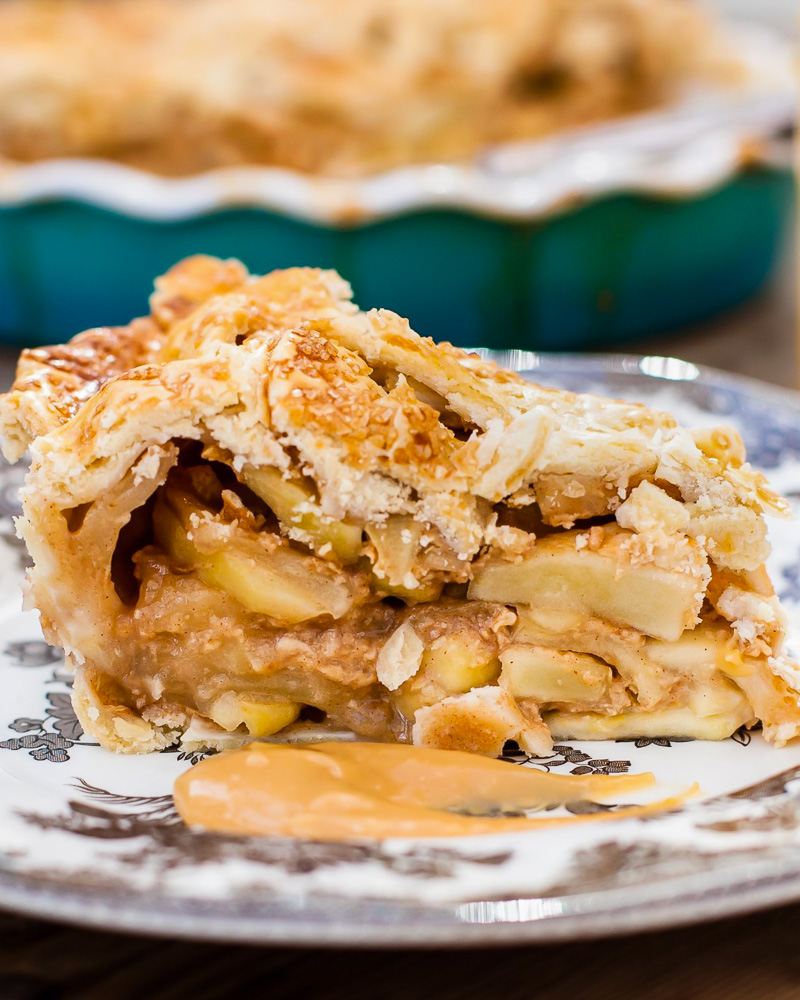 Once your pie is baked. Cool it for several hours.

If you are impatient like me and cut into it too early, it will be very runny. Waiting a bit longer allows for the juices to thicken, so you don’t end up with an apple soup at the bottom of your pie plate.

Serve with vanilla ice cream or whipped cream and drizzled with a tablespoon of dulce de leche. I am sure I don’t have to tell you how indulgent it tastes. Pure heaven.

Can you see all the crumbs? I tell ya the flakiness of this pie crust is incredible! 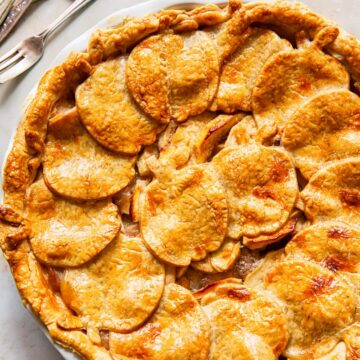 For the apple filling

For the apple filling

To assemble and bake the pie