These waffle ice cream sandwiches might be a treat for special occasions only but they are still so worth making!! 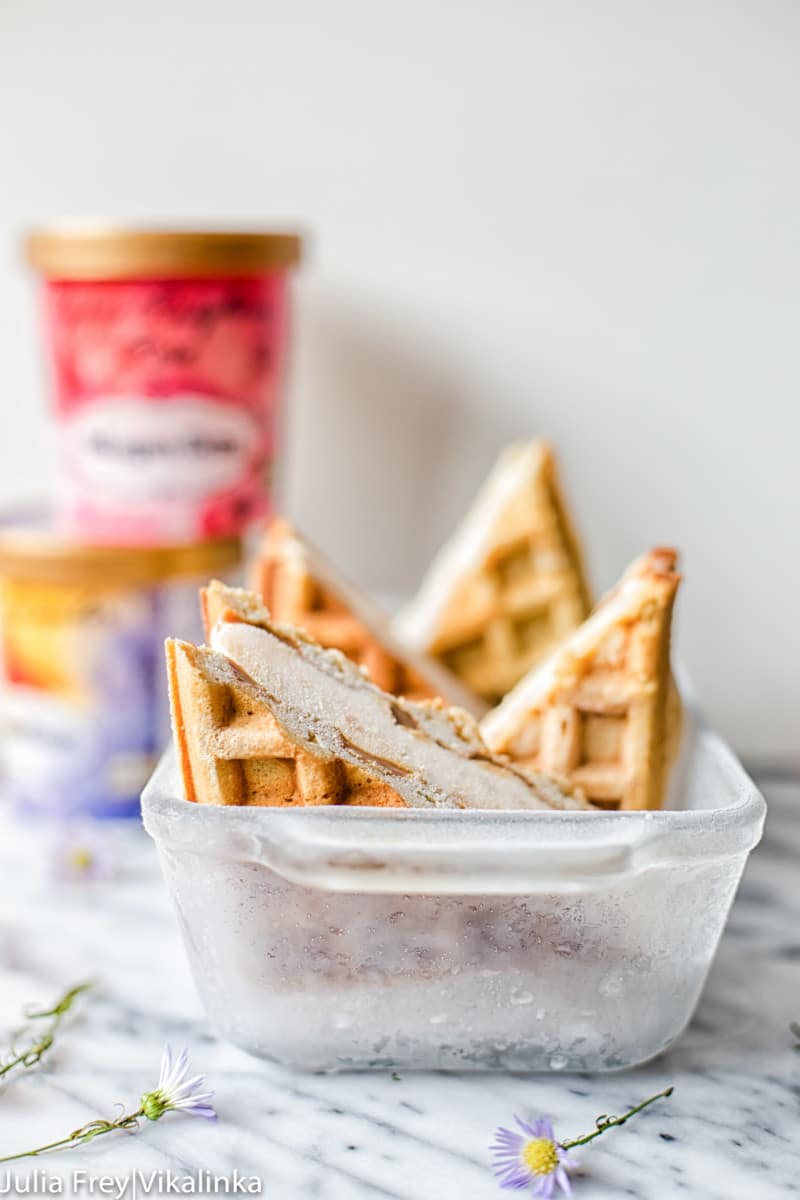 Can you blame me for being super excited for our trip to Rome in a few weeks? I cannot wait for proper pizza and gelato! Speaking of gelato, why is it so crazy delicious over there?!

I’ve thought on the subject extensively, no joke and came to the conclusion it’s all in the flavours. They have amazingly creative flavour combos that are so unusual for us non-Italians! 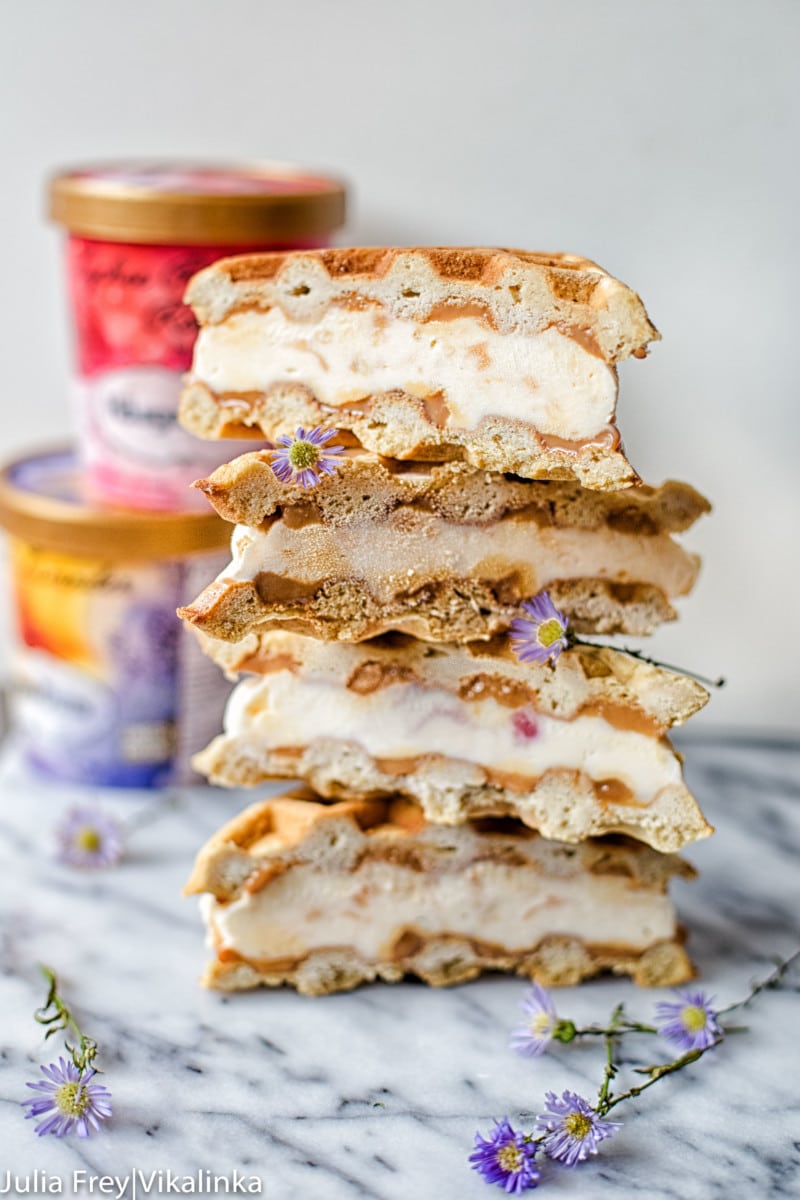 The good news though is that there is something cool happening in our corner of the world as well! I just discovered two delicate and floral new flavours of Häagen-Dazs ice cream.

Häagen-Dazs Lychee Raspberry Rose and Häagen-Dazs Apricot Lavender that are exclusively available in the UK at Liberty London for a limited period from 11th of April to 24th of April, the West End’s luxury department store. 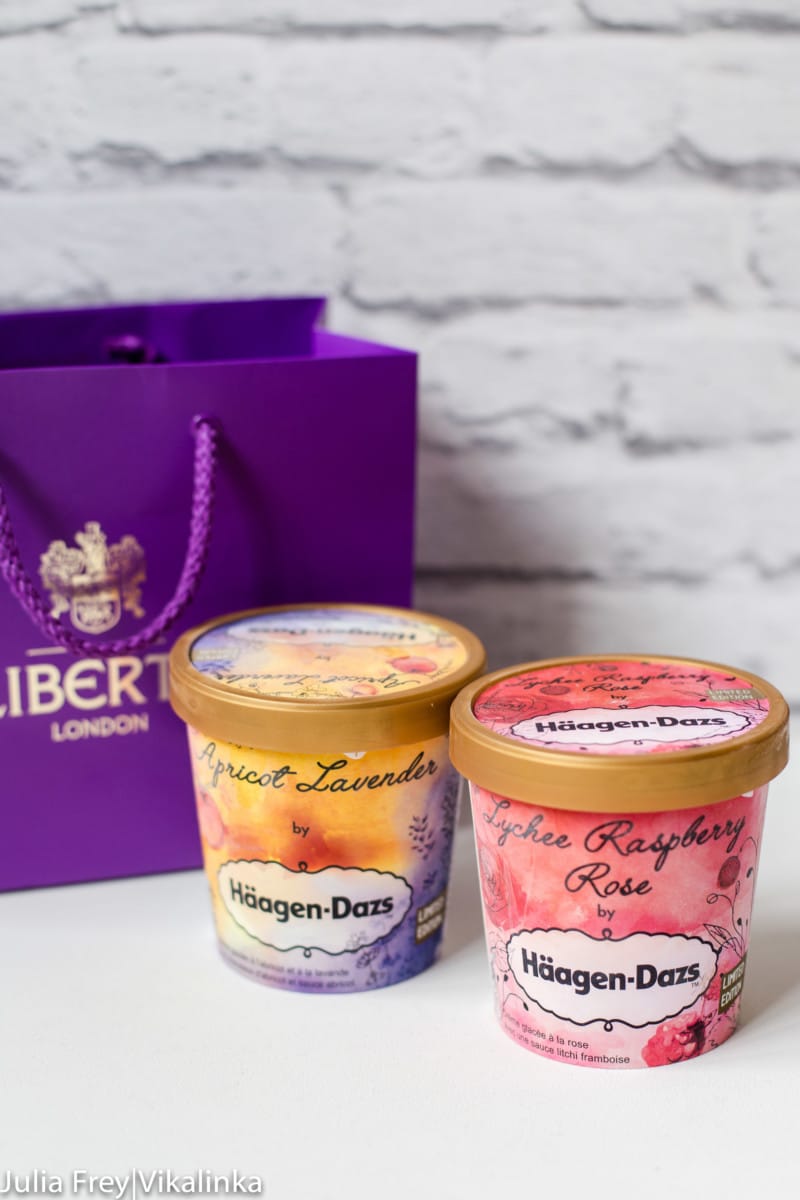 I was very excited when Haagen-Dazs asked me to create a recipe using their new range as I simply love the brand and I was really intrigued by the new flavours.

When I got to taste both of them it was love at first bite; they have such a perfect balance of fruity and floral notes and that is not easy to do.

I’ve cooked with both lavender and rose water before. It’s so easy to go from a dessert to a perfume in a matter of one extra drop!

You might think both ice creams have quite a grown-up and sophisticated taste but surprisingly enough my kids enjoyed them as much as we did!

I decided to play on my favourite childhood treat-waffle cone ice cream.

There is just nothing better, especially when the waffles are sweet and buttery and drizzled with just a little bit of dulce de leche to create a barrier between a waffle and ice cream to prevent the waffle from going soggy! 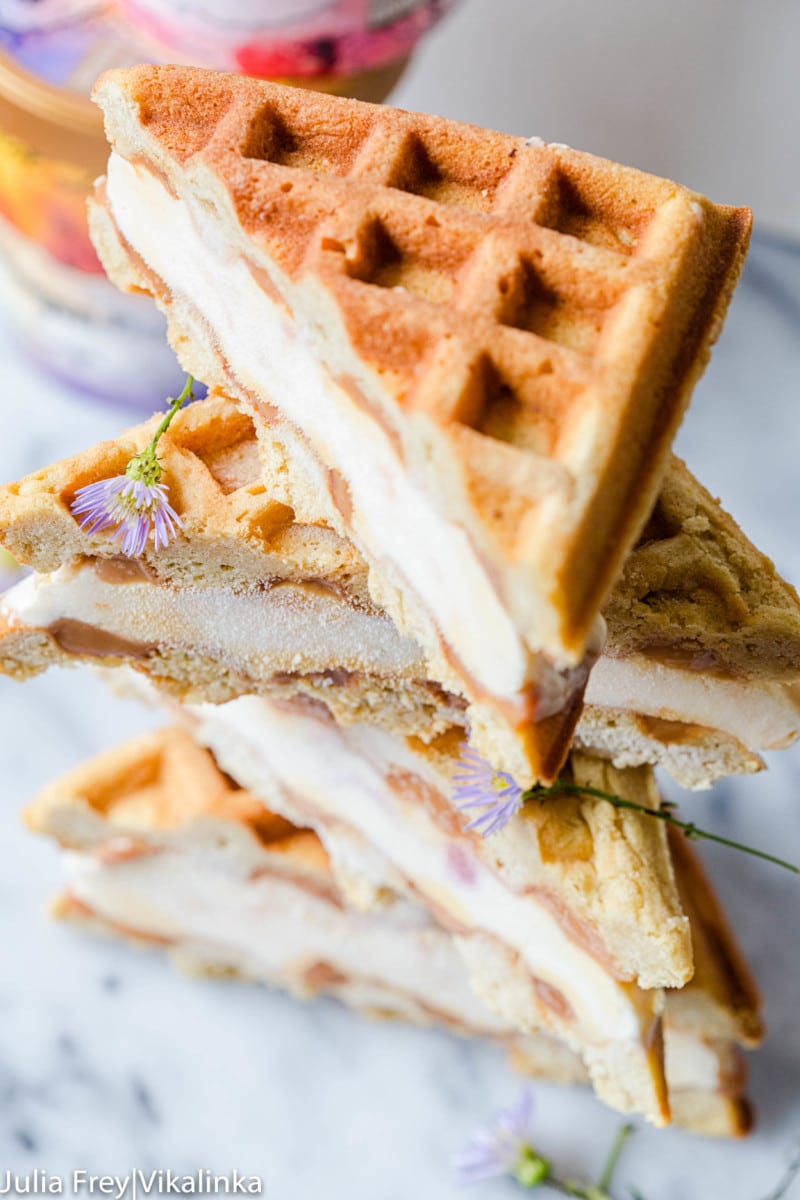 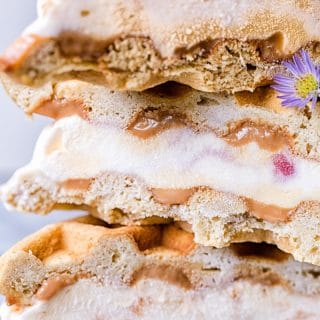 (This post is sponsored by Haagen-Dasz, all opinions remain my own.)