This creamy salmon chowder is chock full of flavour and won’t leave you hungry! Loaded with salmon, fresh corn and potatoes, this soup is delicious and satisfying.

If you are a soup lover, take a look at our Soup Recipe Collection for ideas and inspiration! 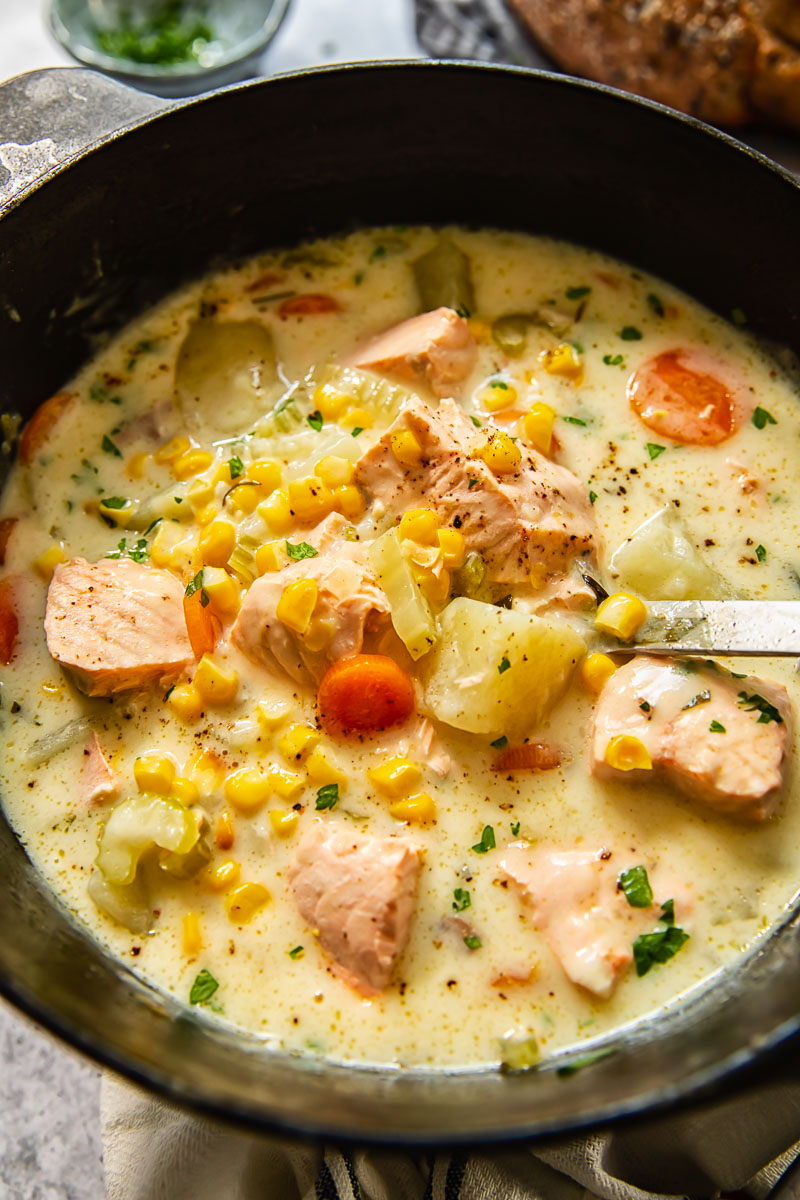 How many soup recipes do you know? Is it enough or would you like to add another one to your repertoire? I don’t know about you but my kids get a lot more excited about soup when it’s creamy and chunky. And they are thrilled when salmon is in the ingredient list!

This fish chowder is a huge hit in my house, which is absolutely perfect for chilly days and casual, no fuss dinners. 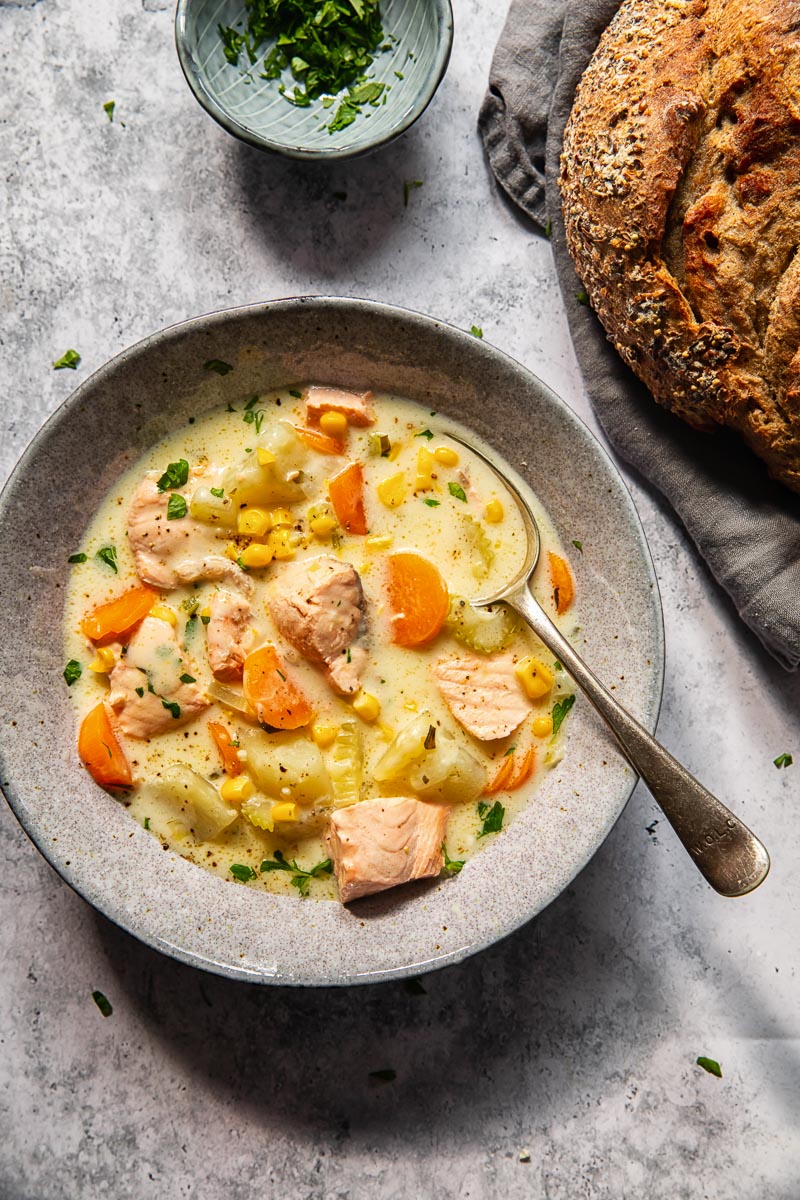 I grew up eating a similar fish soup, which was always made with salmon. It wasn’t creamy though but it was still my favourite as a child.

A chowder by definition is a rich creamy soup, which could easily pass for a stew because it’s so thick and chunky. It’s traditionally made with fish or seafood like clams, corn and potatoes.

I followed the classic recipe with the exception of omitting the bacon. The chowder is already rich enough in my opinion. I also wanted the flavour of the salmon to shine without being obscured by the smoky bacon. As usual, I added a few touches of my own. Without them, why share another fish chowder when the internet is already full of them?! 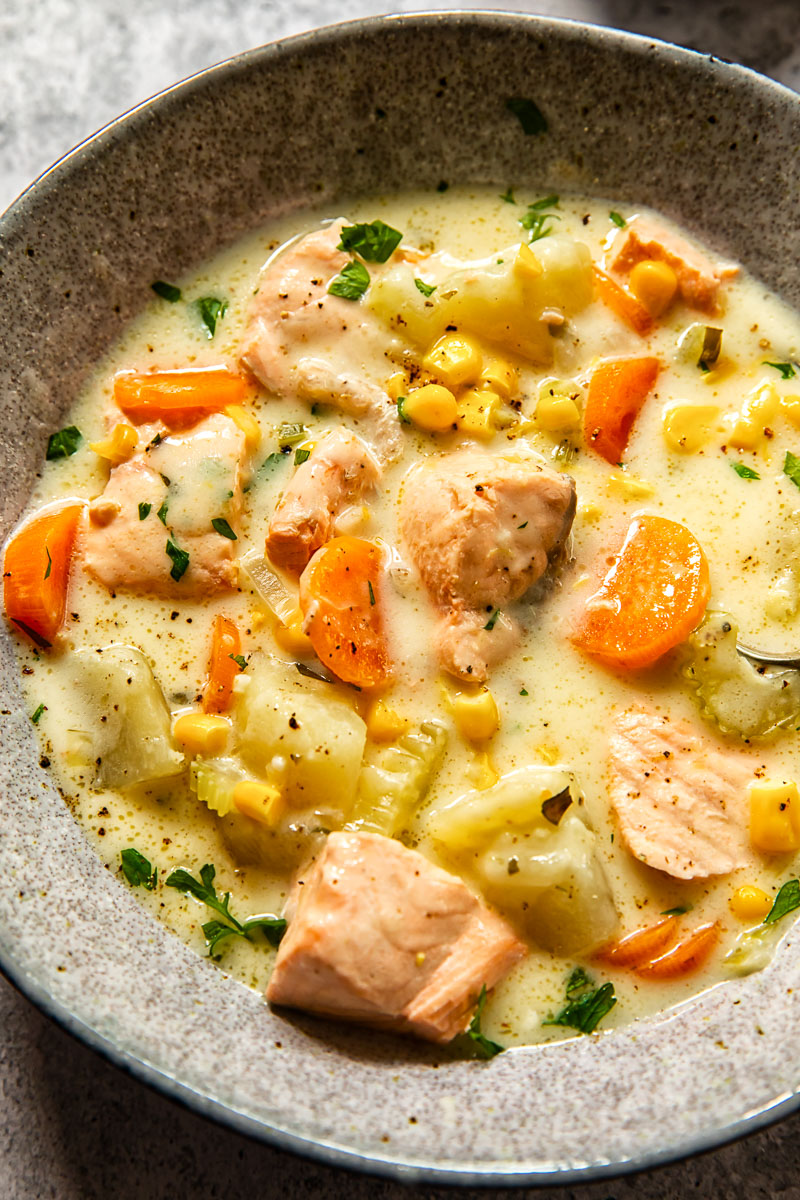 Salmon is such a great fish to use in soups as its firm flesh holds up well and doesn’t fall apart into flakes. Not to mention, the delicious flavour it imparts.

Salmon is not the only ingredient that makes this soup exceptional. Fresh corn is another favourite. To make the broth particularly lovely, I infused the fish stock with the corn cobs. I also flavoured the vegetable base of the chowder with fresh tarragon.

I find tarragon goes very well with fish. Once I tried it in my Tuna Noodle Casserole, I fell in love with its slightly sweet and mildly licorice aroma. You can also use dried tarragon if fresh is not available. 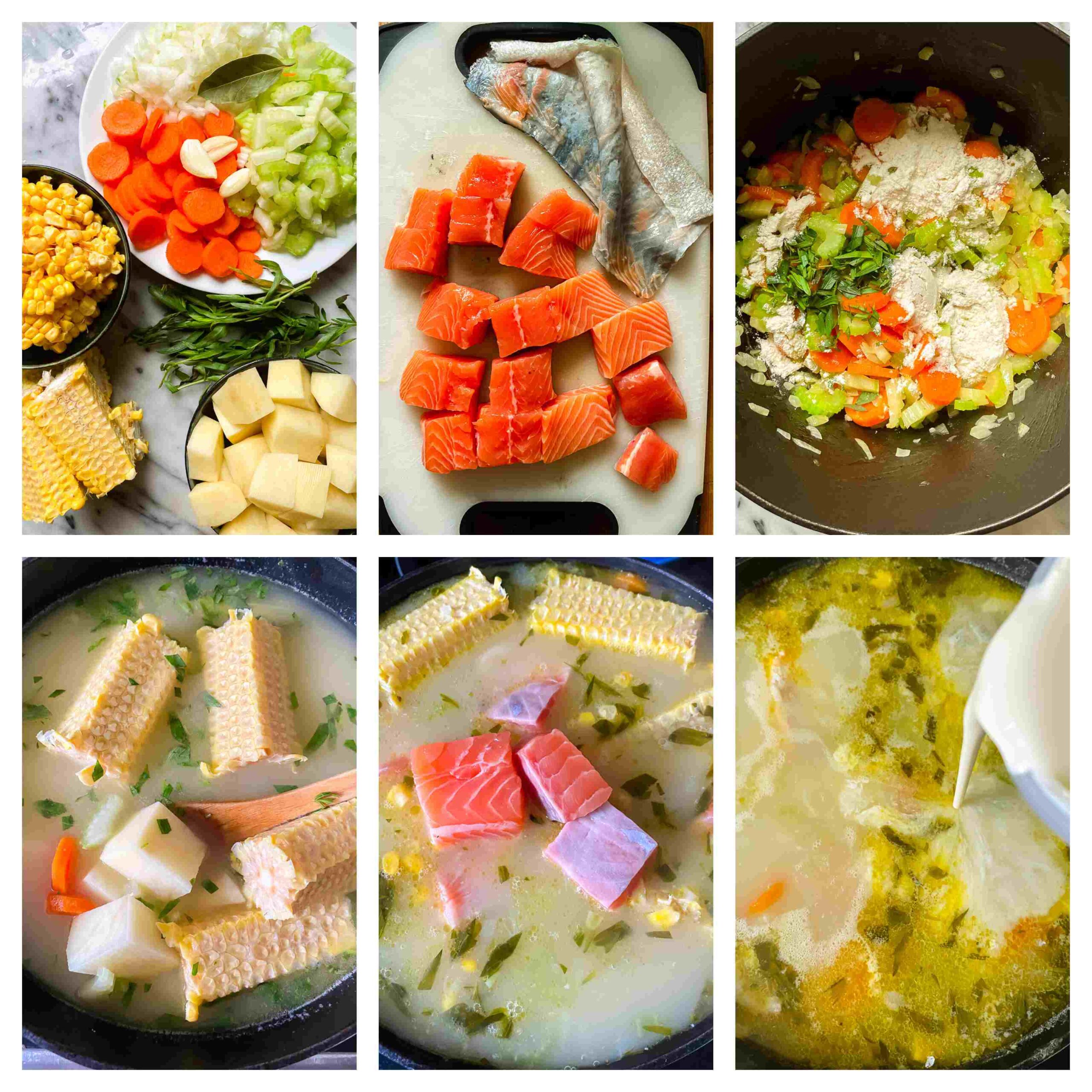 I hope you enjoy this creamy soup with chunks of salmon as much as we do. And if that combination appeals to you, I would recommend trying the following recipes as well. 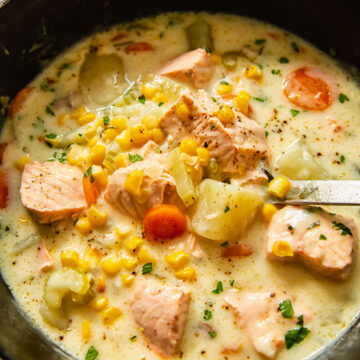