Take the fear out of rye bread making by following this clear, step-by-step recipe. Baking with rye flour opens up a whole new world of flavour and texture. We tested this recipe multiple times, so you don’t have to!

For another delicious homemade bread recipe, check out our popular No Knead Farmhouse Bread. 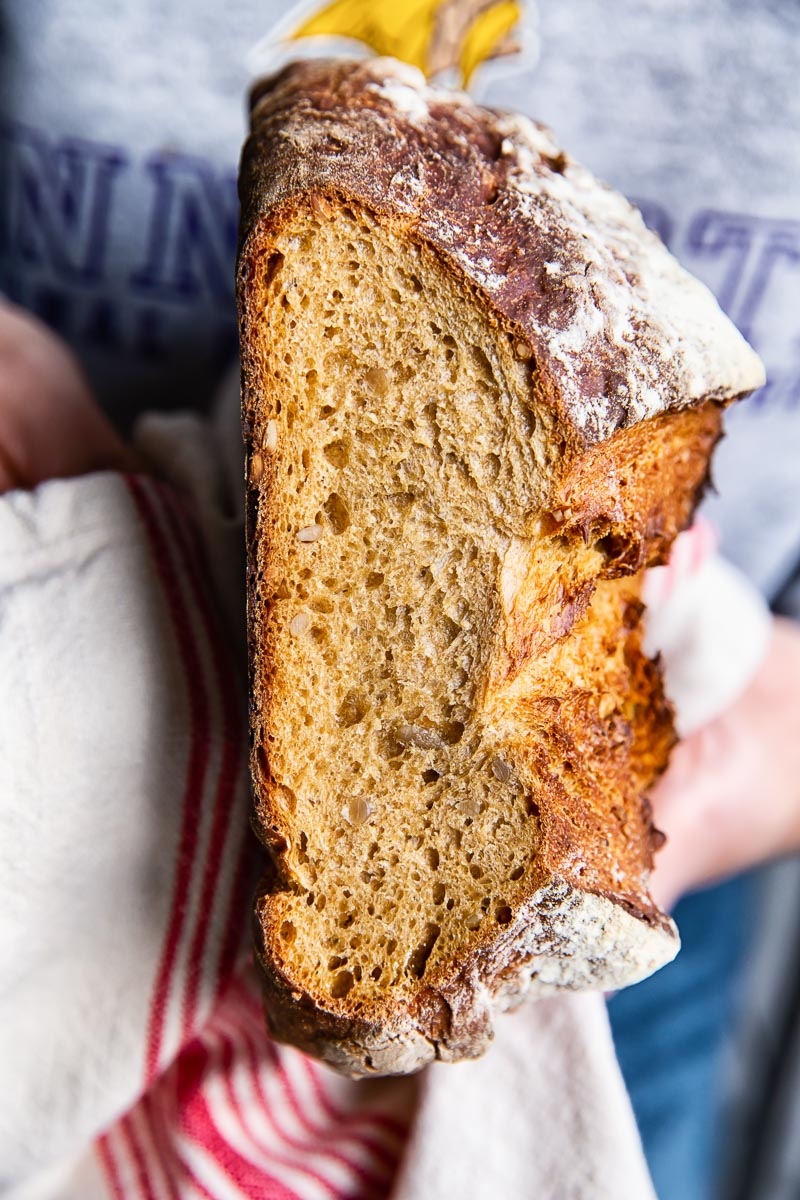 It seems like it’s been ages since we posted our first ever bread recipe yet it’s been only 5 years. In this short time we went from never making our own bread to making it weekly and experimenting with different flours.

Spelt flour, buckwheat flour and today we bring you a recipe for a loaf made with rye flour.

Developing a recipe for a good and dark rye bread has been a desire of ours for a while. It’s no surprise since Julia grew up in Russia, where this type of bread is quite common.

As much as we wanted to make our own rye bread we were intimidated by the process as we always heard that rye flour is difficult to work with. Well, let us share with you what we found and whether the rumours were true. 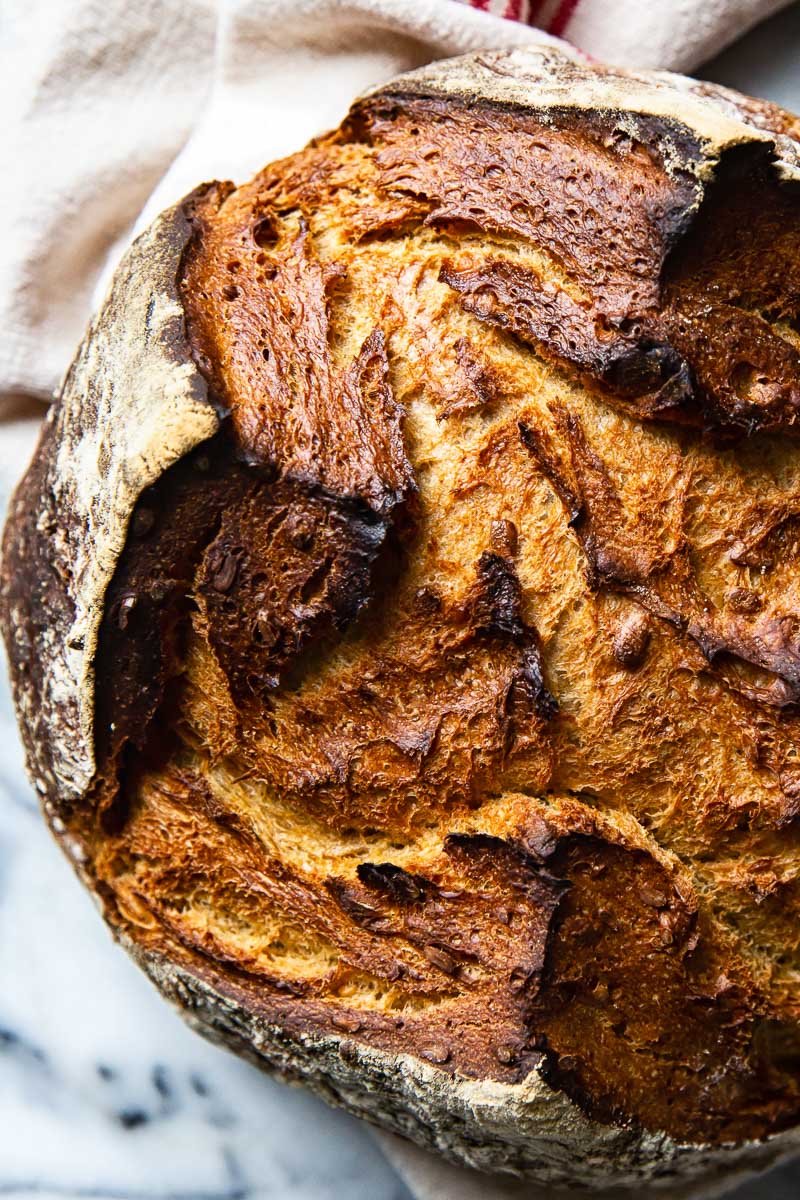 We would like to start by saying that there are many types of rye bread and we are covering just one today. Baking with rye flour is quite popular in Scandinavia, Germany, Russia and many other Eastern European countries.

And although the results might taste somewhat similar, the recipes vary by the flour proportions, method as well as other ingredients added to enhance the flavour. There are different types of rye flour as well. Most common are light and dark. We’ve tested with both and decided that we prefer using a light rye flour for a softer, less dense crumb.

Before we got into baking with rye flour we always assumed that the dark colour comes from the flour itself. Now we know it’s not entirely true.

What are the ingredients?

The rye flour makes the bread slightly darker, however the rich, dark colour mainly comes from the additional components, which are also responsible for the taste. Barley malt extract and molasses (or black treacle in the UK) are the ingredients that make this bread so special.

We also added ground coriander to our recipe, which reminds us of the flavour of the famous Russian Borodinsky bread. Fragrant and slightly sweet with a distinctive sour note, this bread is extremely delicious. 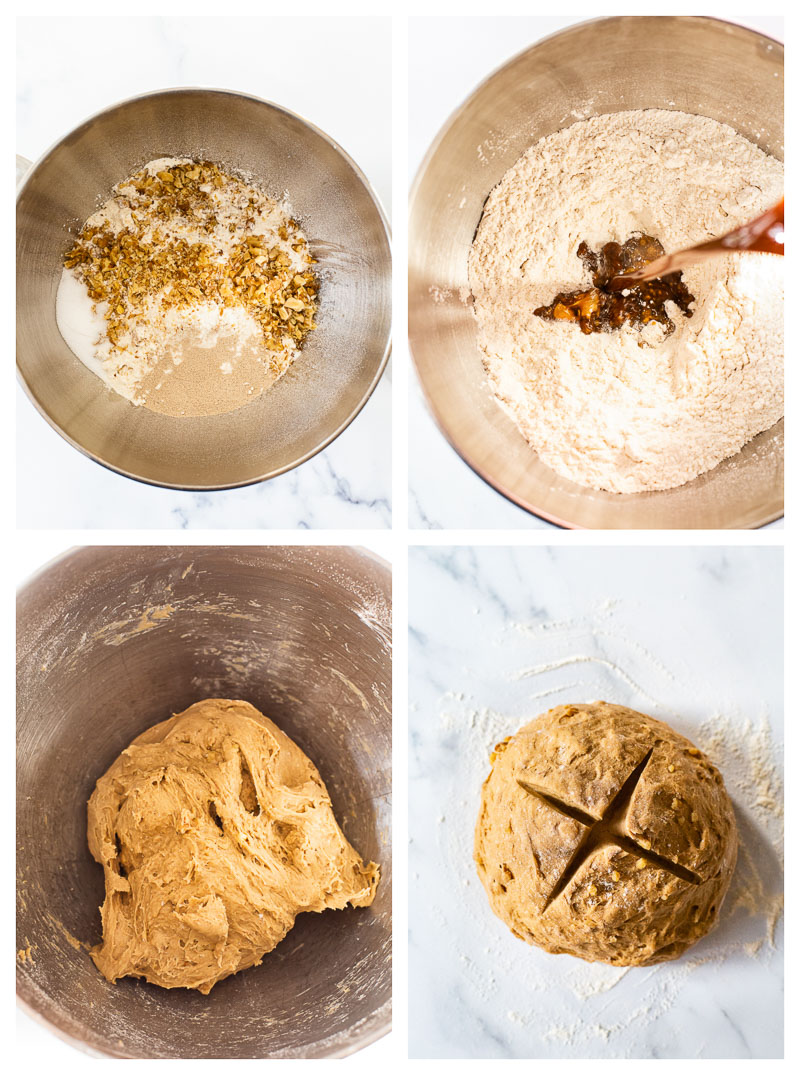 How to make the best bread with rye flour

The bread recipe we are sharing today is made with a mix of light rye flour and white wheat flour in equal parts. It is possible to make a loaf that consists entirely of rye flour but it will have a very different texture and a different recipe.

The bread recipe we are sharing today is a bit of a hybrid of the taste of rye bread Julia grew up with and the texture of hearty Europeans bread. That is why two flours were mixed and certain flavourings were added.

To add to the texture of our bread we also like to include either sunflower seeds or chopped walnuts but this addition is optional.

The method for rye bread is not too different than a Dutch Oven Wheat Bread we shared. Just mix all ingredients together and let it rise in a warm place. Having the dough proof in a warm, draught free place is very important. We noticed a considerable difference when the house temperature dropped. The bread came out denser.

This rye bread does require a little kneading but a stand mixer can take care of it if you have one. It is baked in a dutch oven as we find this method improves the crust texture and aids the rising of the bread itself.

Rye flour is very rich in vitamins and minerals but it is no different to any other wholegrain flour. However what is great about rye flour is that it naturally contains more fibre. I love that! It is also lower in gluten.

What goes well with it?

Rye bread is an excellent addition to your bread basket served at a lovely dinner party or a holiday meal. It’s also great in sandwiches as it adds so much extra flavour. It goes well with soups, stews or simply smeared with a bit of butter or topped with a slice of sharp cheese. 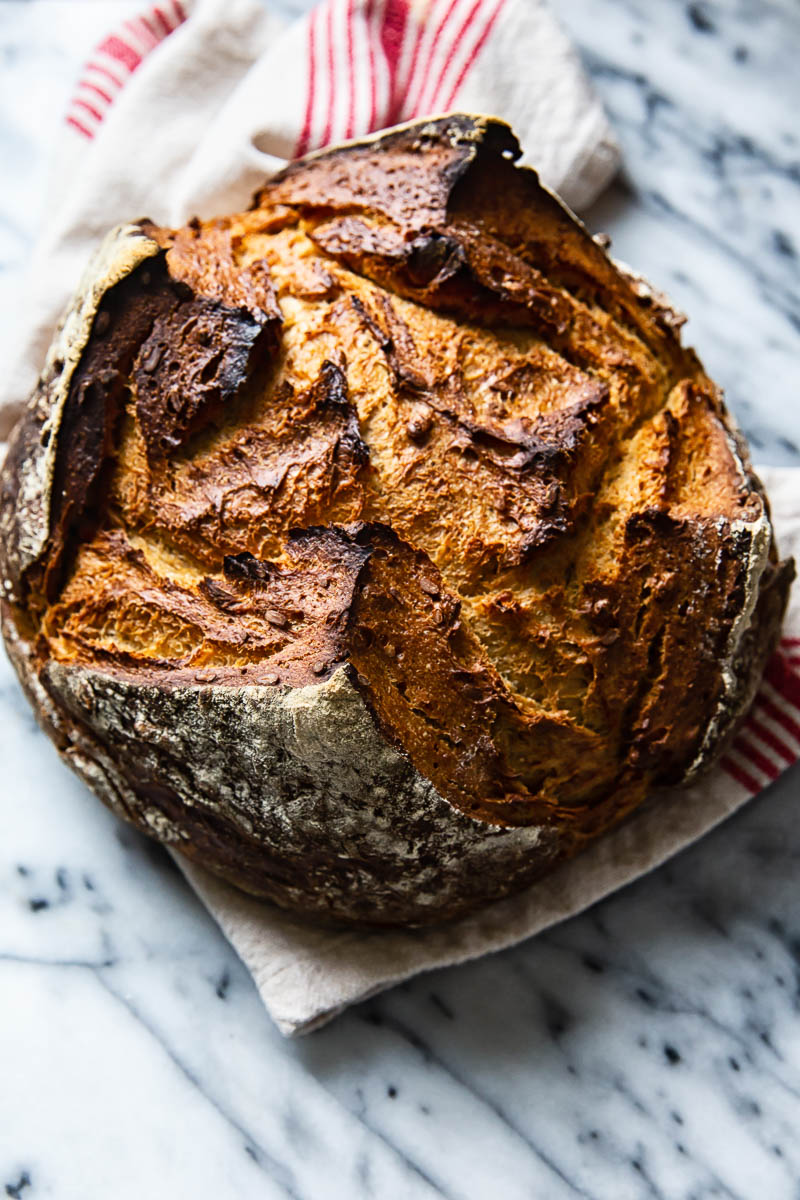 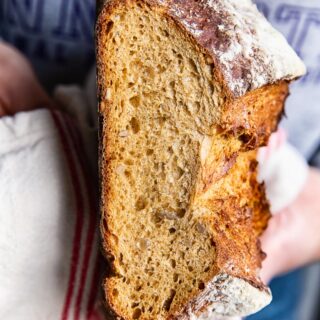