These Nachos Supreme are loaded with spicy chorizo sausage and oozy cheddar cheese, then topped with pico de gallo and lime crema. 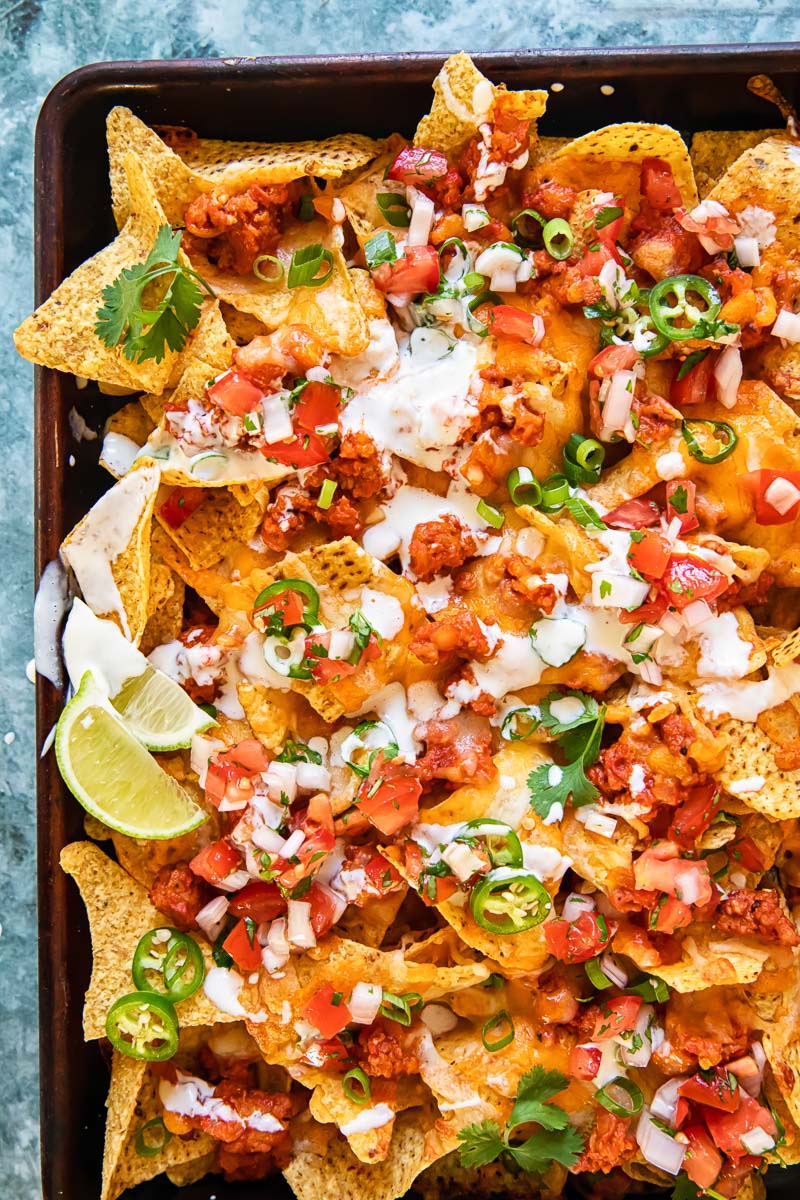 After nearly 9 years of writing about food on this website I am finally ready to reveal my secret love for nachos. I was hesitant to share a recipe for them thinking there is no lack of variations on the net to choose from.

That was until I had a brilliant idea of topping my favourite guilty pleasure with a chorizo mix. Spicy chorizo sausage is cooked with onions, garlic, crushed tomatoes and a good pinch of spices. I felt like I needed to share this recipe with you, my friends, as soon as possible.

This concoctions makes nachos jump up a several notches up in my family’s estime. And that’s saying a lot. They were already obsessed with nachos! 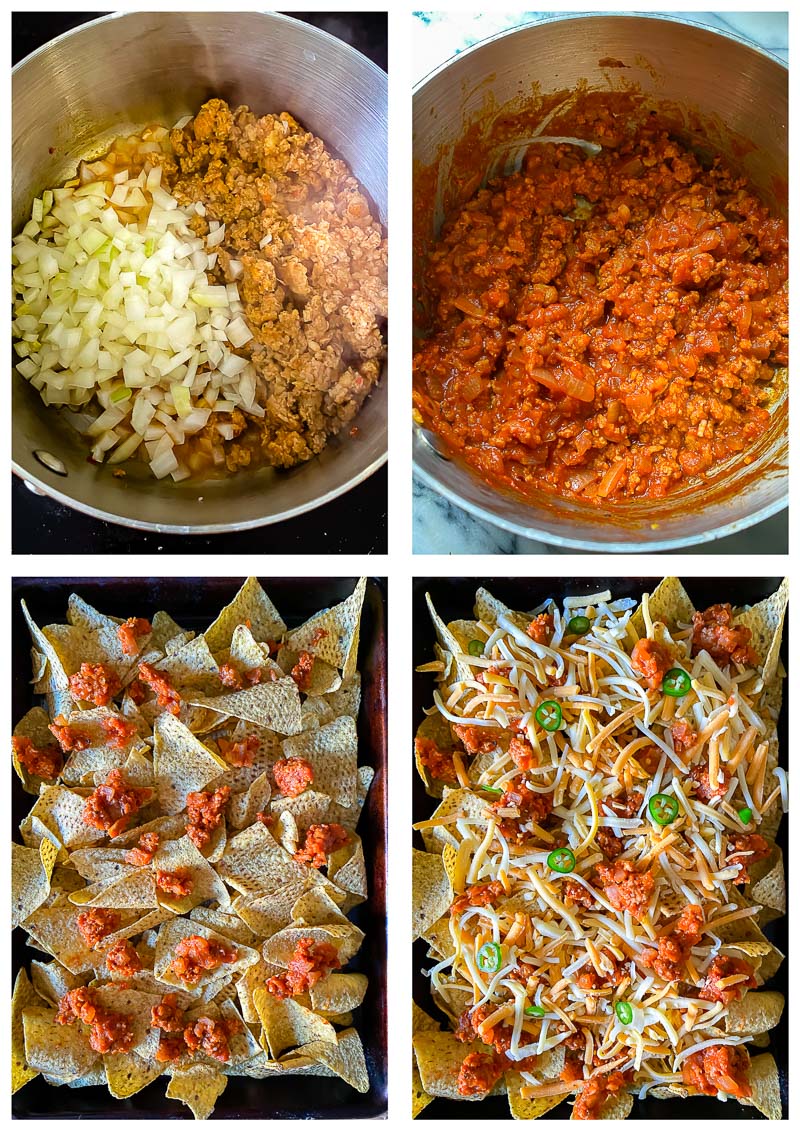 How to Make Nachos Supreme

Nachos Supreme are nothing more than supremely delicious loaded nachos. You can top them with all kinds of tasty things before you bake them in the oven. Just make sure cheese and chillies are among those things. They are the main ingredients that make nachos!

What makes this recipe so special is the flavourful combination of chorizo sausage cooked with garlic, onions, tomatoes and spices. In the end, we get a spicy sauce with chunks of chorizo, which tops the tortilla chips followed by cheddar cheese and sliced green chillies.

You can make the chorizo sauce a several days in advance. This will make the nacho making even quicker whenever the craving strikes.

Just make sure the sauce is on the drier side instead of runny. There is a fine balance of flavouring the tortilla chips without making them soggy.

Lastly, don’t wait too long to take our nachos out of the oven. Your cheese should be beautifully melted but not hard. You should be able to pull the chips apart easily without breaking them. 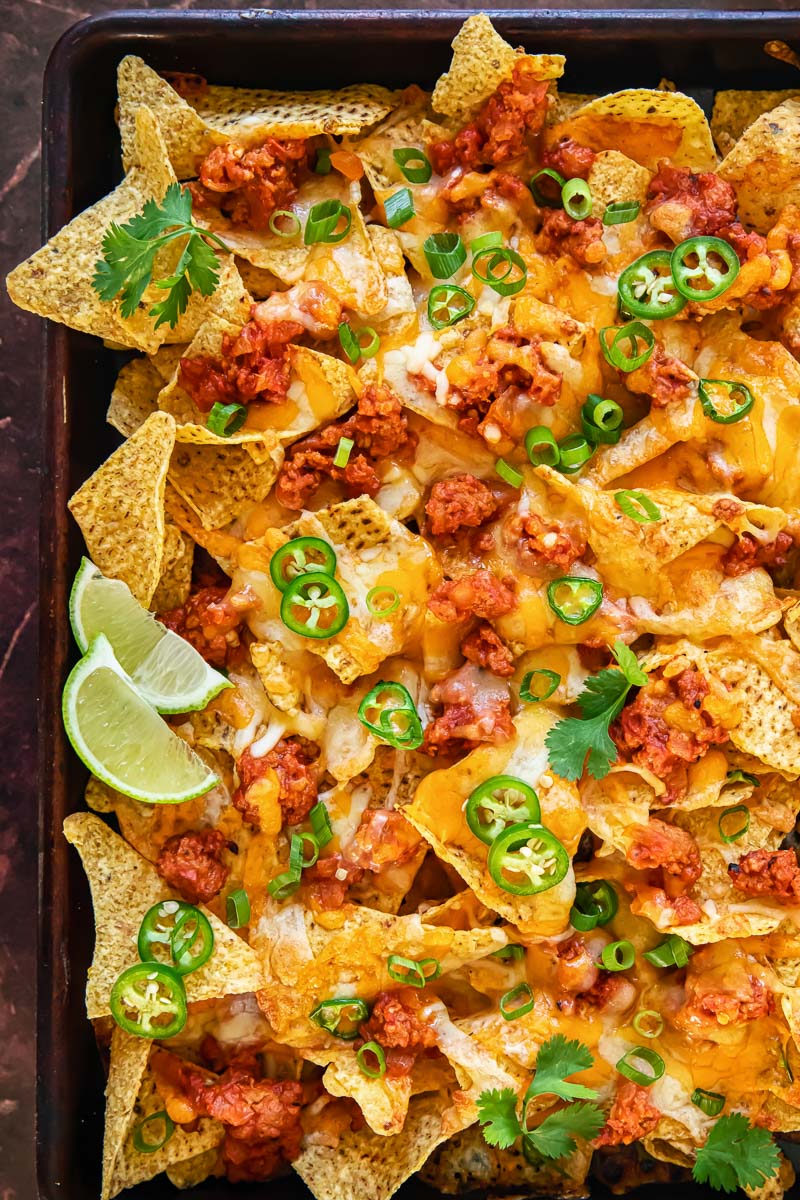 Whatever you do, be sure to cook your nachos in the preheated to 200C/400F oven and NEVER in a microwave. It doesn’t seem like that latter should even be mentioned but I have a good reason to do so.

Nachos are often made in a microwave in the UK, which makes them nearly inedible. Microwave really mess with the texture of tortilla chips. So instead of remaining crispy, then come out hard and chewy. An absurd combination but somehow true. 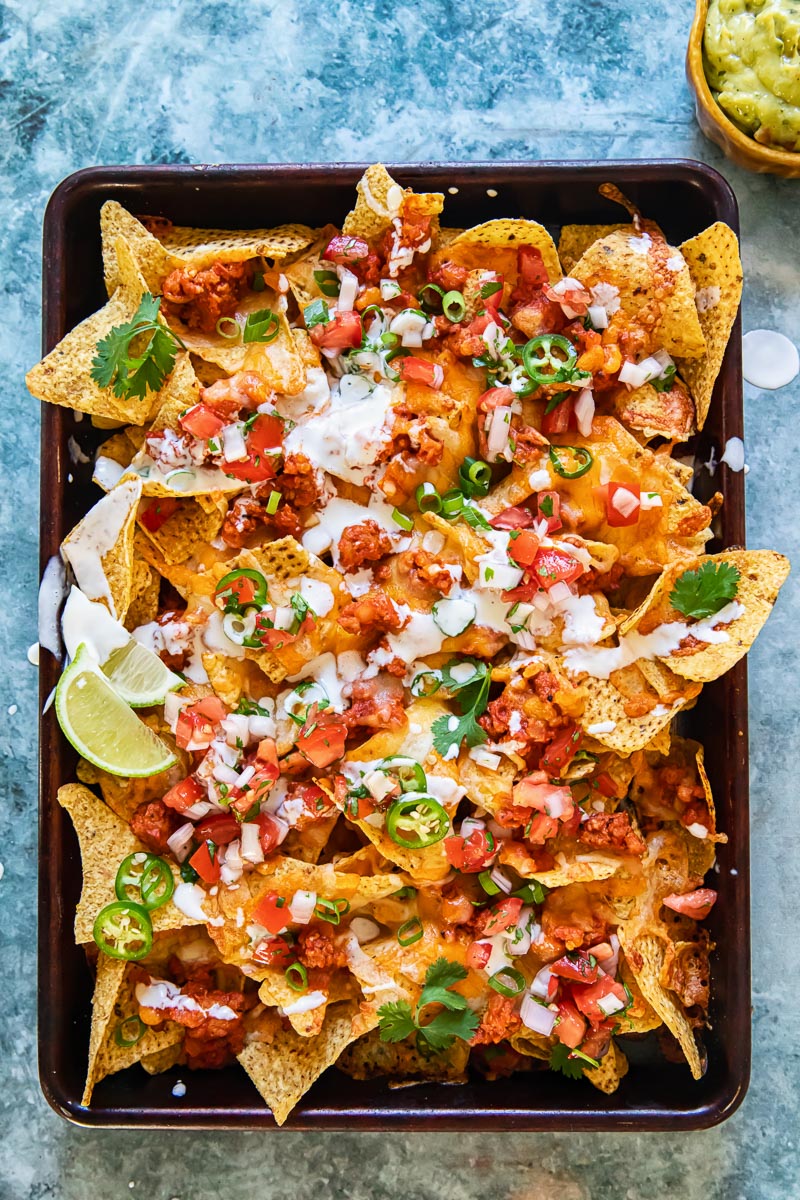 The flavour combinations are limitless. And that is what makes nachos such a special party food. You can vary your recipe depending on your taste and mood.

Whatever you choose, make sure to do it right before serving to keep your nachos crispy. Or consider serving the toppings on the side allowing people to help themselves. 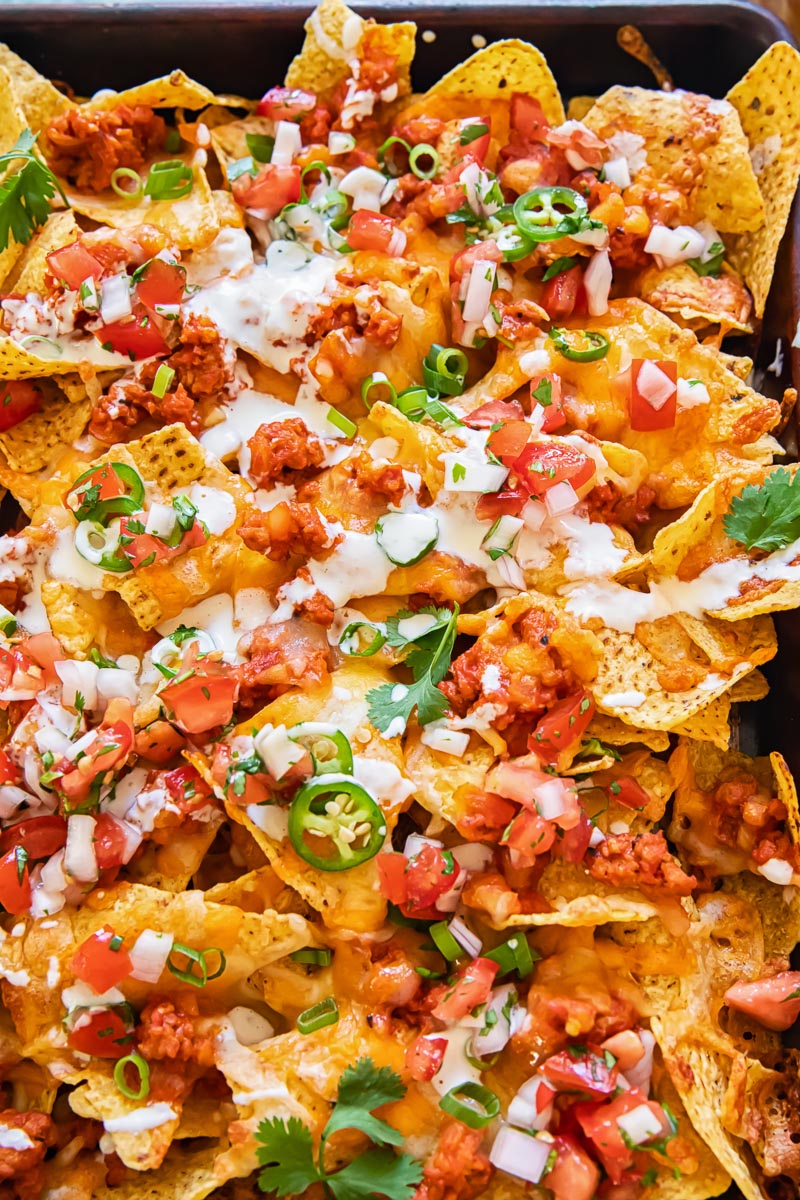 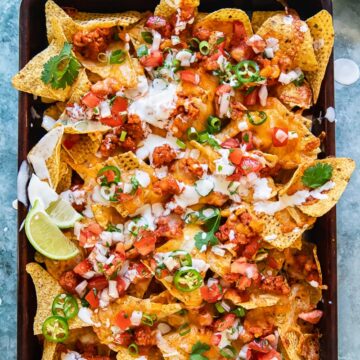