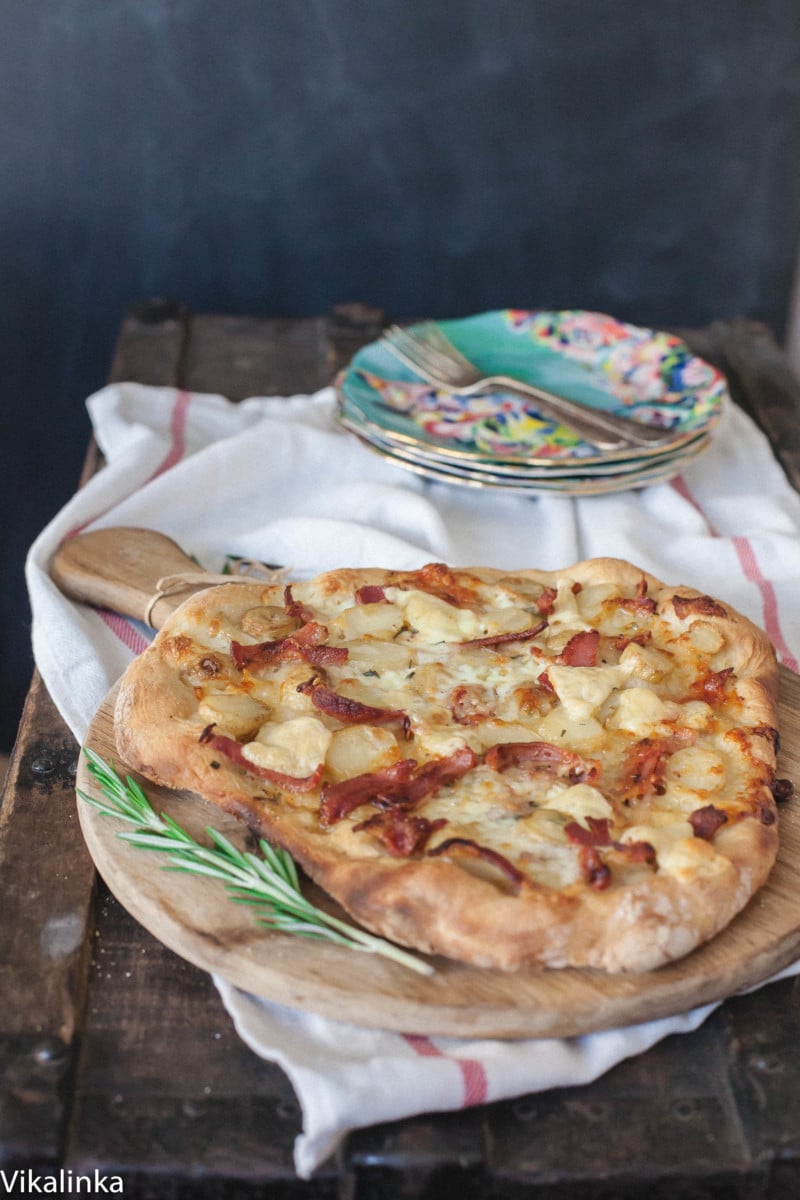 This summer is not like any other year. I am at home with kids instead of working, albeit only for the last two weeks but it feels like a lifetime for someone who is used to getting up bright and early and immediately plunging into a busy work day. To add to this weirdness Vika broke her collarbone, which severely limits what she can do and my hubby is away in Africa for a work trip. I have to confess he is the fun parent. He always knows what to do with kids and how to keep them entertained. I seriously lack imagination.

So after running through a very short list of things we could do together I proposed pizza making and that was met with massive enthusiasm from both of them. Whew! What a relief!

When asked what pizza they were going to make they both replied they wanted “pizza with Parma ham and rocket”, which translated in North American English means “pizza with prosciutto and arugula”. My babies are really growing up. They used to always go for a simple Margherita pizza or put in simple layman’s terms “cheese pizza”.

Pizza with Prosciutto and Arugula is one of the family’s favourite and I blogged about it a while back. 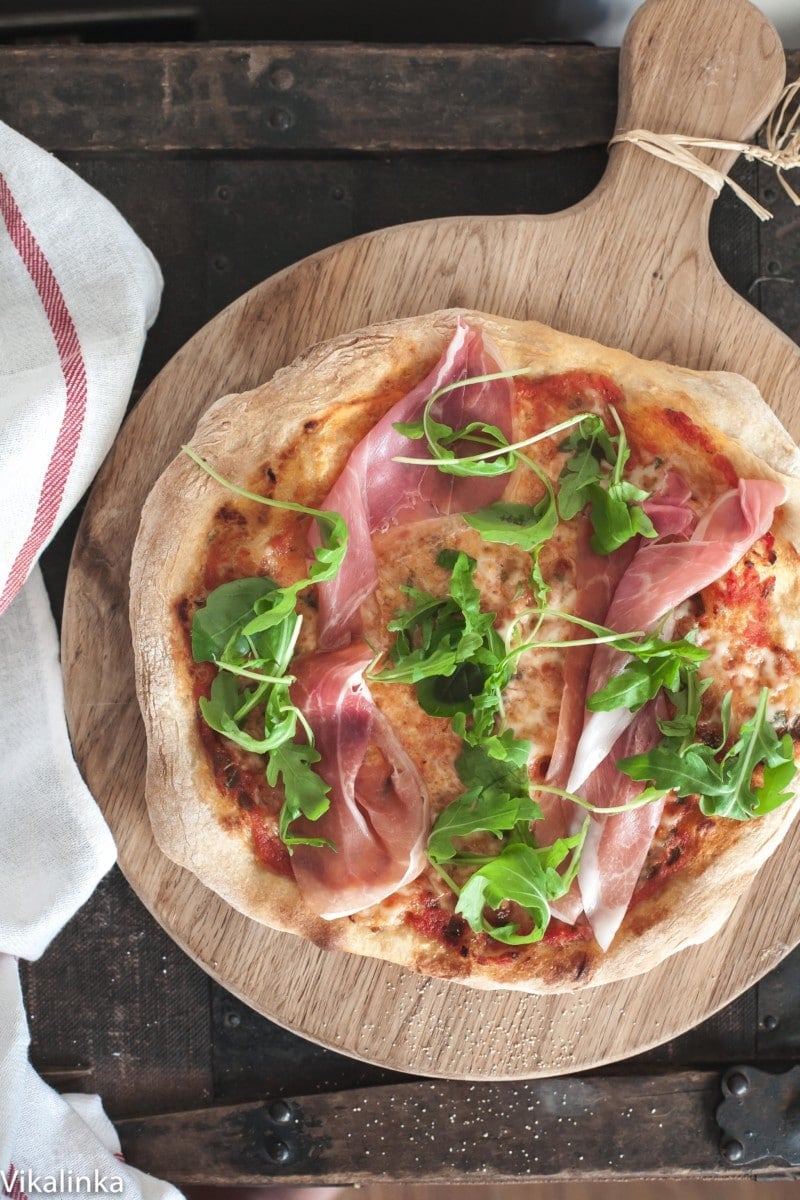 As much as I love it I was in the mood for something different. About a year ago when we were visiting Trento, Italy our friends took us to their favourite pizza place and I was finally introduced to the potato pizza I heard so much about. The city of Trento or Trent is situated in the north of Italy and being so close to Germany it has a lot of its influences, which is quite obvious in the type of food and beer consumption.

When I spotted potato pizza on the menu my curiosity was peaked and I had to order it! This pizza would be considered a pizza bianca since no tomato sauce is involved and the main flavour comes from cheese.

Let’s get back to that potato pizza I had. Sounds bland, right?  But it’s actually anything but bland! The crust itself is paper-thin in the middle, which serves only as a carrier for the delicious topping, and puffed up and chewy around the edges. I am not new to making or eating pizza and truth is you can always get good pizza, given your toppings are yum, pizza dough is a different matter altogether. It’s hard to mimic incredibly hot wood-fired ovens they use in Italy but we can come pretty close. Each time I make pizza I think this pizza crust was a little bit better but I can improve it even more. After this one Mitchell said that he especially loved the crust. YESSSS!

If you are interested in the nitty-gritty of the perfect Italian pizza crust Laura from Blogging over Thyme wrote a really good and detailed post about it. 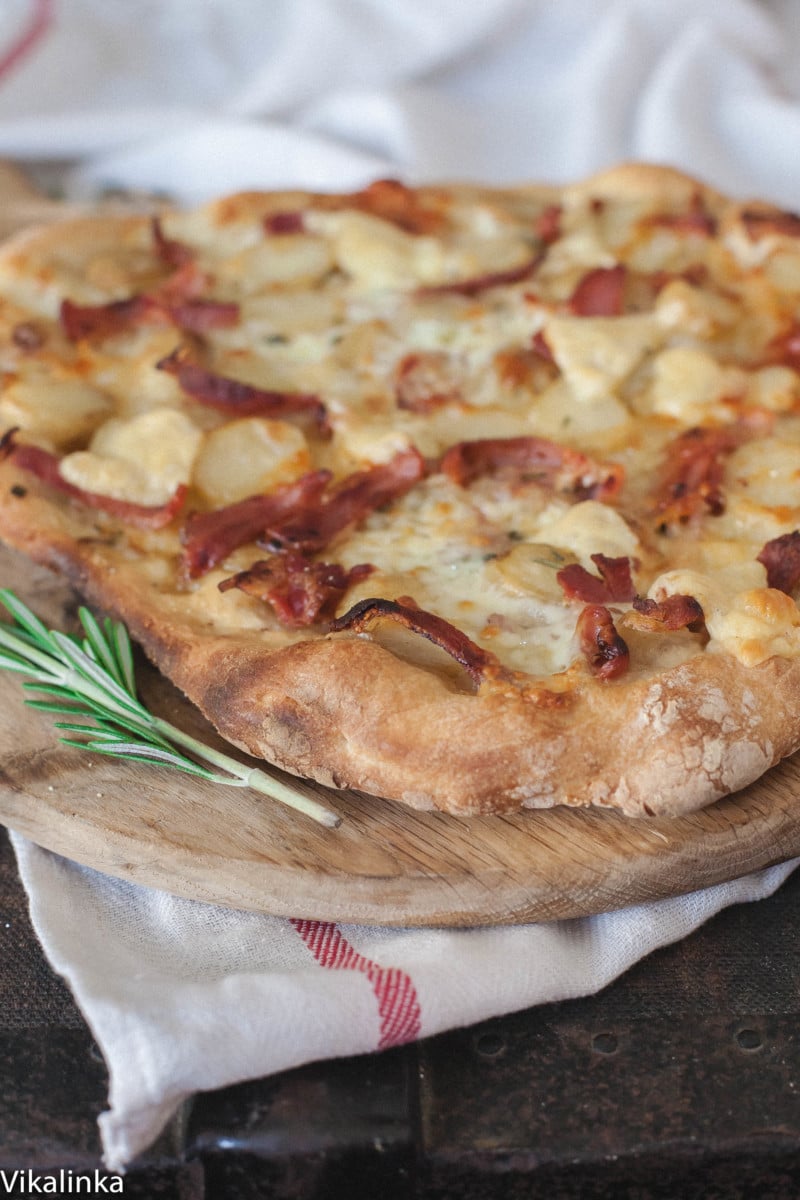 So what is so special about this potato pizza? Well to a Russian girl raised on meat and potato meals it felt like a warm hug on sad and chilly day she could never forget.  Just imagine golden potato rounds tossed with crispy pancetta flavoured with pungent rosemary and coated in fresh mozzarella! If this picture doesn’t make you weep with joy, move on to something else, this pizza is not for you. If you are still with me listen on. After I topped my pizza with everything mentioned above I still had little gaps and I went a bit naughty and filled those gaps with more cheese…Edam to be exact. 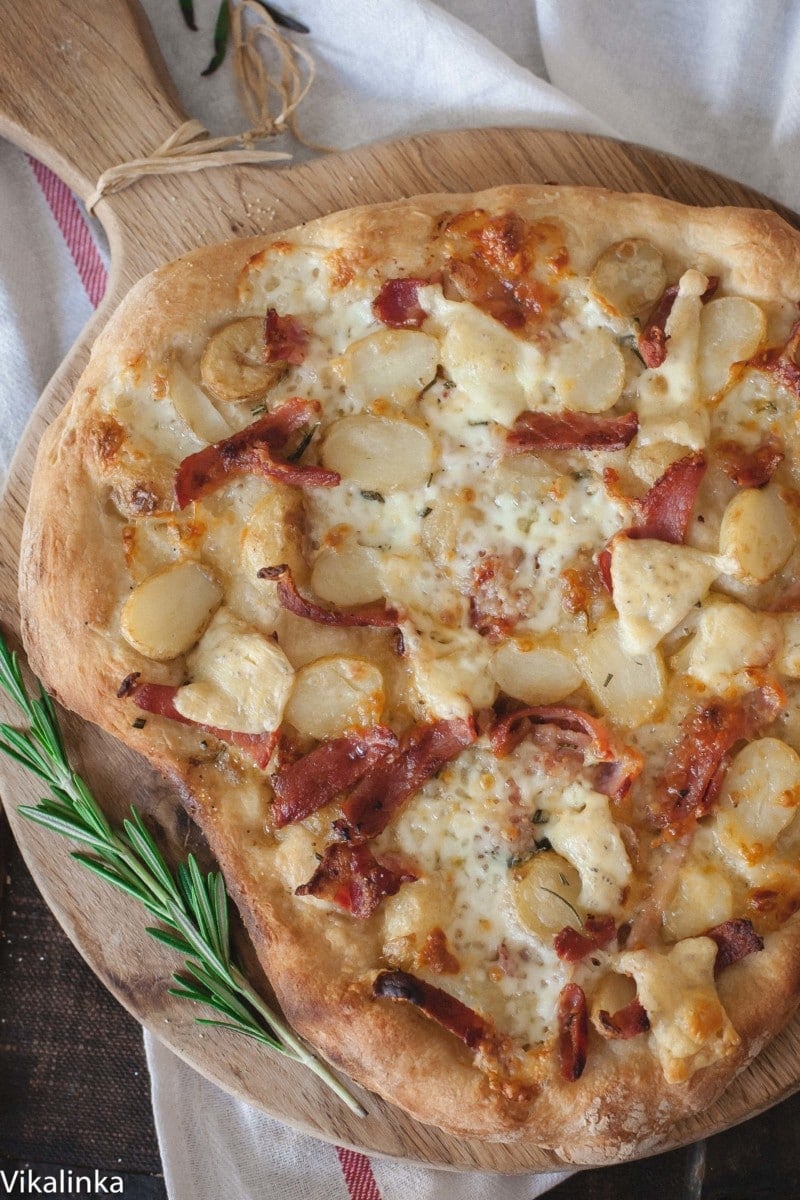 For the pizza dough

For the pizza dough 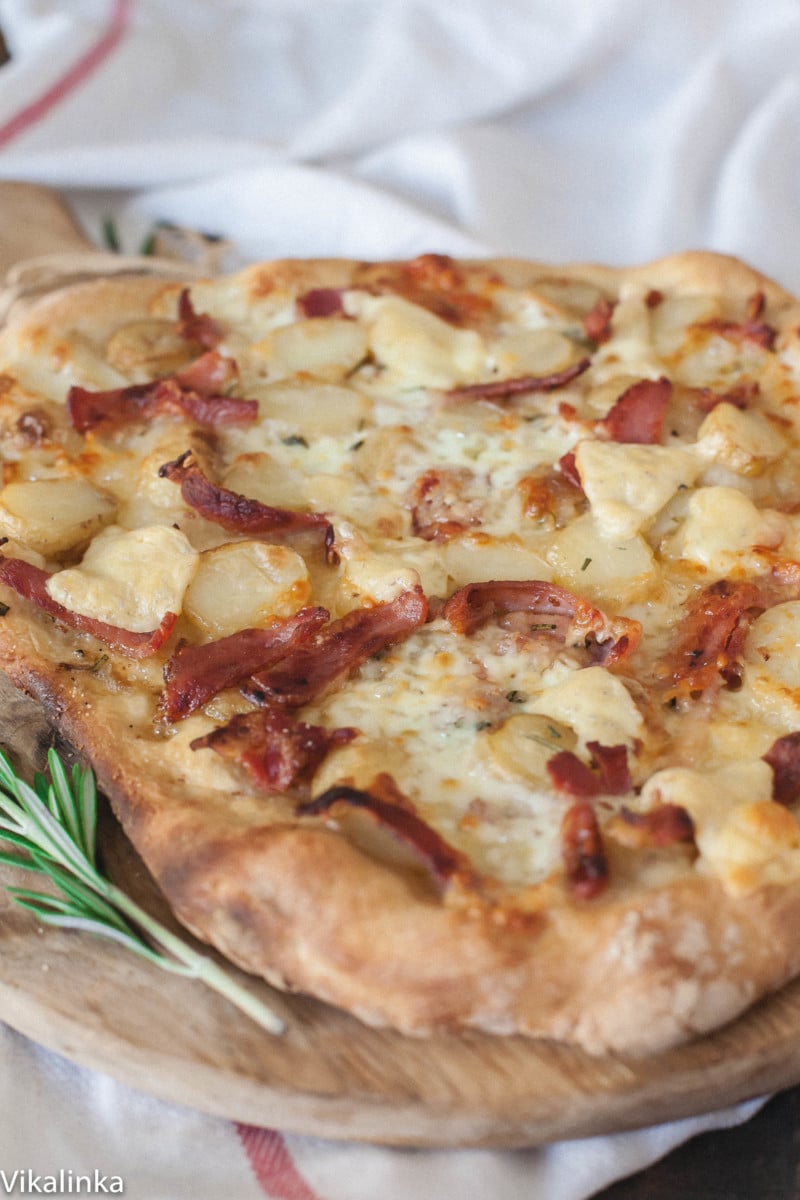 For more pizza recipes go to:

Have a lovely week!