This no bake cheesecake is a snap to make and blood orange flavour makes it especially alluring and refreshing!

For another no bake cheesecake, take a look at our Strawberry Meringue Cheesecake. 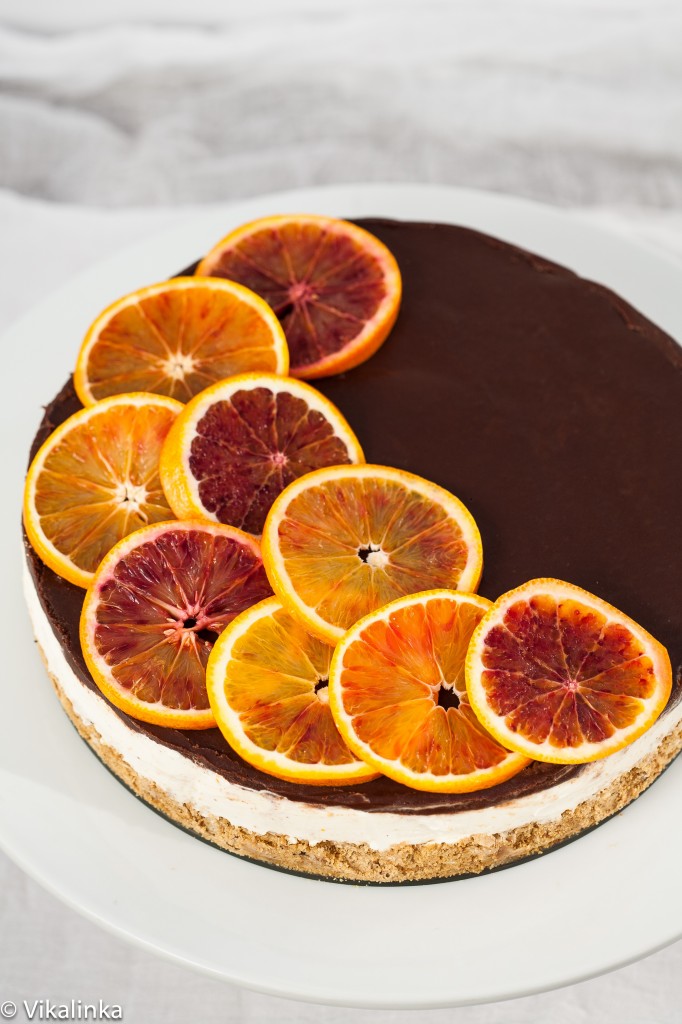 Valentine’s Day is almost here and I couldn’t be more excited! On Friday for the first time in who knows how many years Brad and I get to go out instead of just staying in.

I know I’ve written that we made a pact to never go out because of overpacked restaurants, set menus, and all that jazz but a friend of ours made a generous offer to babysit and we live in London aka the most exciting city in the world. We ARE taking her up on it.

Although I won’t be making a special dinner this week I still wanted to prepare a delicious dessert to share. The inspiration for this no bake cheesecake came from our time in Canada.

The taste of a cheesecake I am trying to emulate is the one you usually see in a Pyrex dish, topped with cherry pie filling at church potlucks and family gatherings.  Don’t turn up your nose, the taste is nostalgic and delicious. 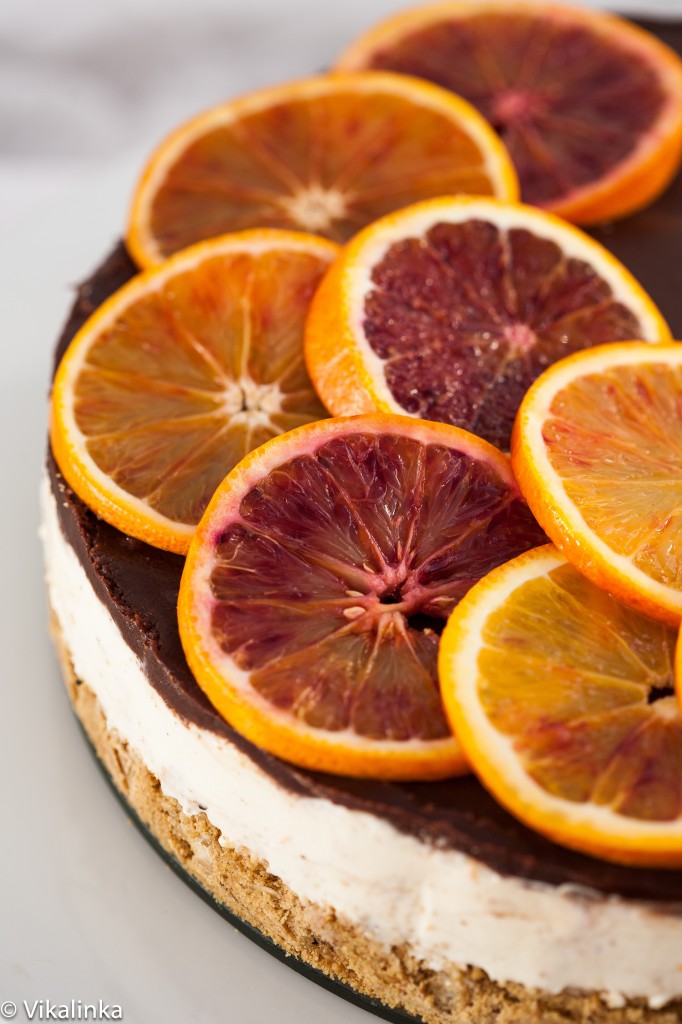 How do you make blood orange cheesecake? 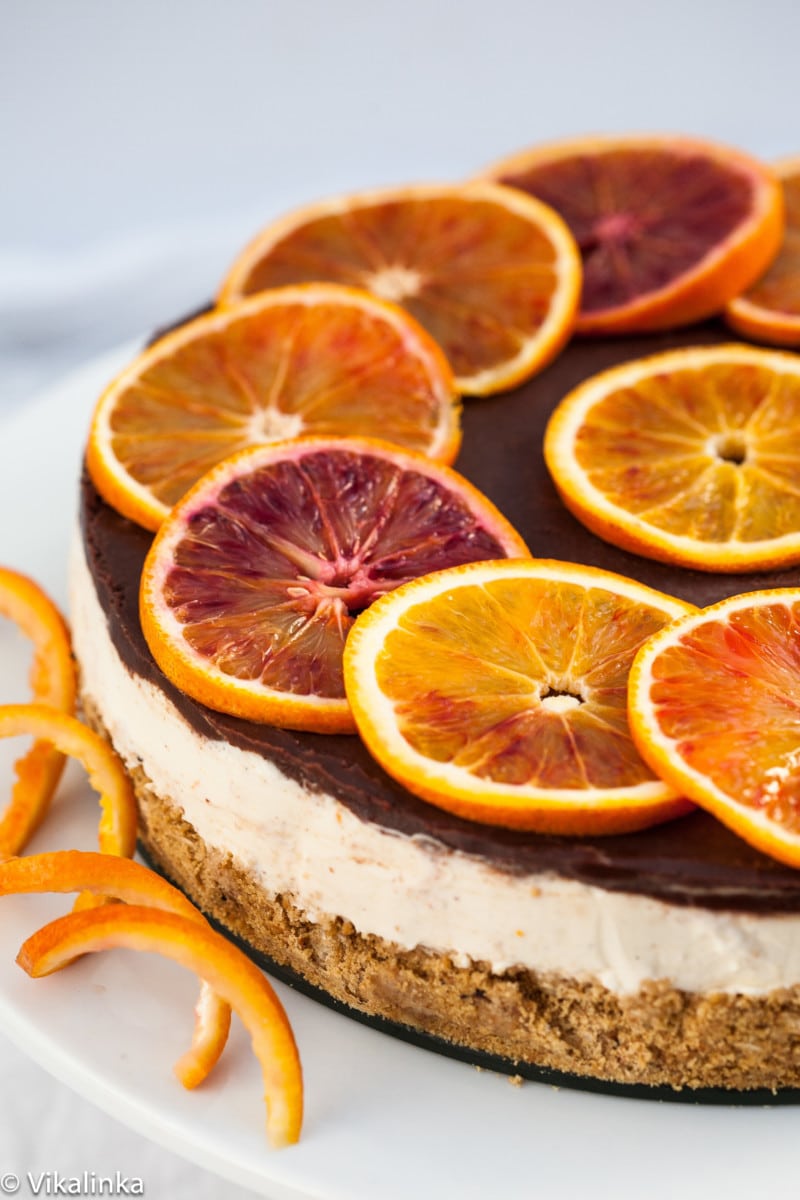 My biggest inspiration for this cheesecake was blood oranges, that happen to be in season right now. Their season is so short that if I don’t buy them the first time I see them in shops chances are I will miss them.

Apart from being absolutely striking in appearance, the flavour of blood oranges makes this no bake cheesecake taste simply divine, not that I am the least surprised.

Creamy filling flavoured with vanilla bean, blood oranges and glazed with dark chocolate ganache. What’s not to like!!

I also used a combination of toasted oats and digestive biscuits (no graham crackers are available in England) for the base of the cheesecake for an extra crunch.

However, my favourite part of this cheesecake recipe is it’s NO BAKE, which means NO FAIL. 🙂

How do you make No Bake Cheesecake?

When you are making a no bake cheesecake all you do is whipping the heavy/double cream and combining it with sweetened and flavoured cream cheese. Then you let it set in the fridge until firm.

The fat in the cream and cream cheese is what makes the cheesecake set, so using low fat cream cheese or low fat content cream is not advisable. To put it plainly, if you do, your cheesecake will not set properly. 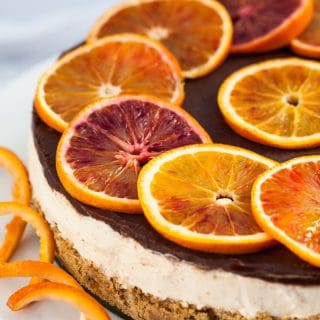