This watercress and roast beef salad could easily become your light dinner or a very luxurious lunch! 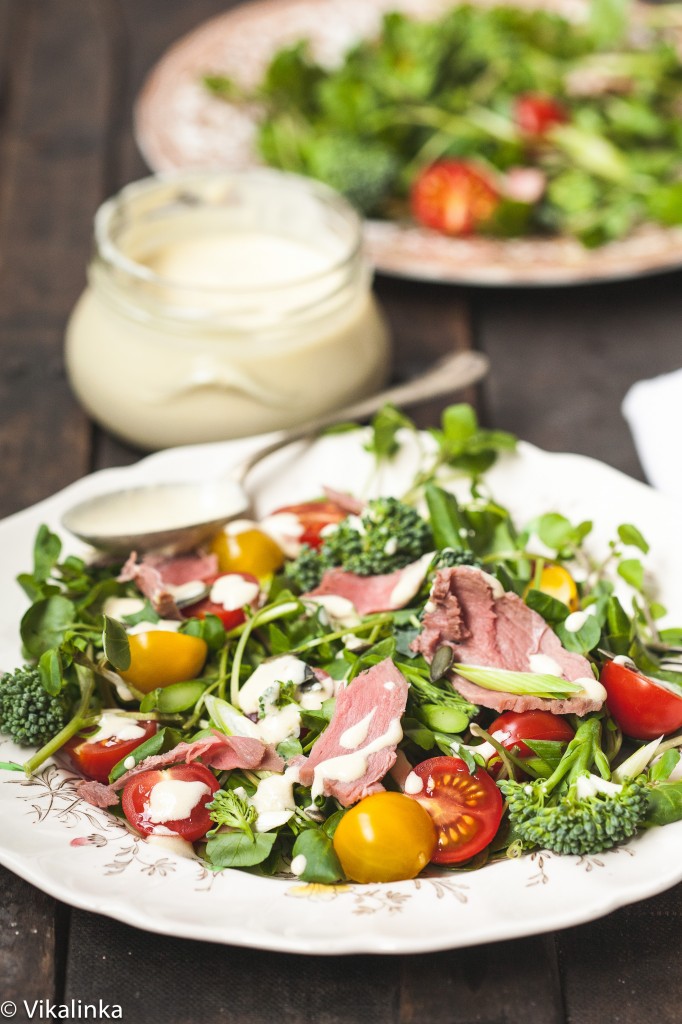 I am definitely on a salad roll lately and the reason for this roll is twofold, my friends.

I make them because I have to eat them and I keep making new ones because it’s bad enough that the majority of my meals are salad, it would be absolutely unbearable if I had to eat the same one over and over again.

There are so many varieties of salad greens available nowadays that actually alter the taste of your salad quite a bit. 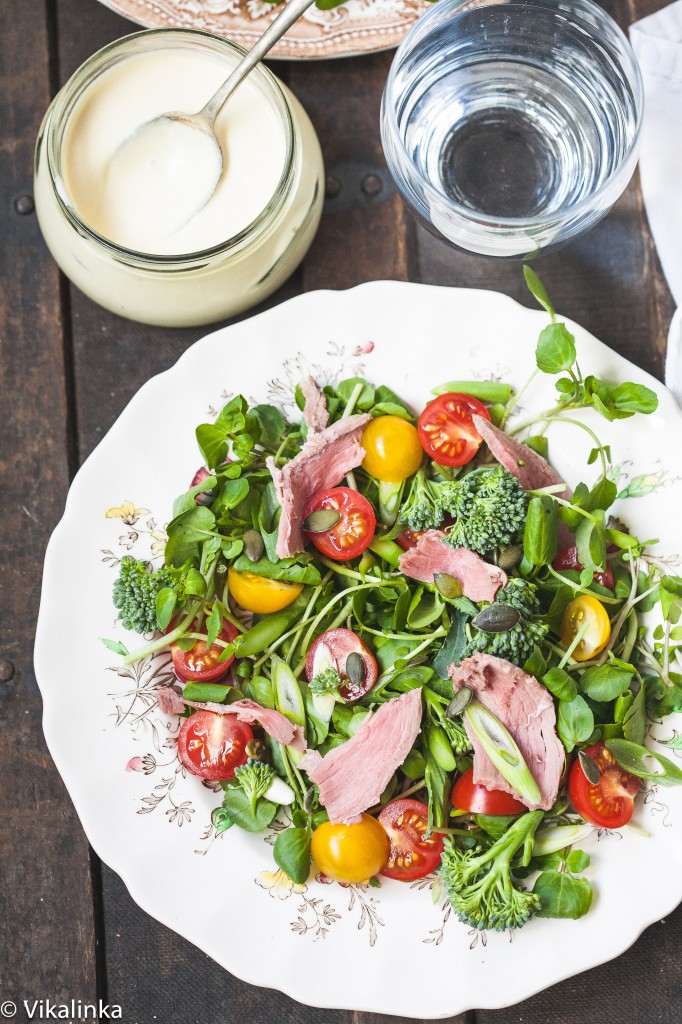 What is so great about watercress?

I have to admit it’s pretty British of me to use it. Apparently, peasants used to eat watercress with bread and it was known as a “poor man’s sandwich”.

Before you start feeling bad for them, let me tell you that watercress is a nutritional jackpot-it’s rich in  iron, calcium, iodine, and folic acid, in addition to vitamins A and C. 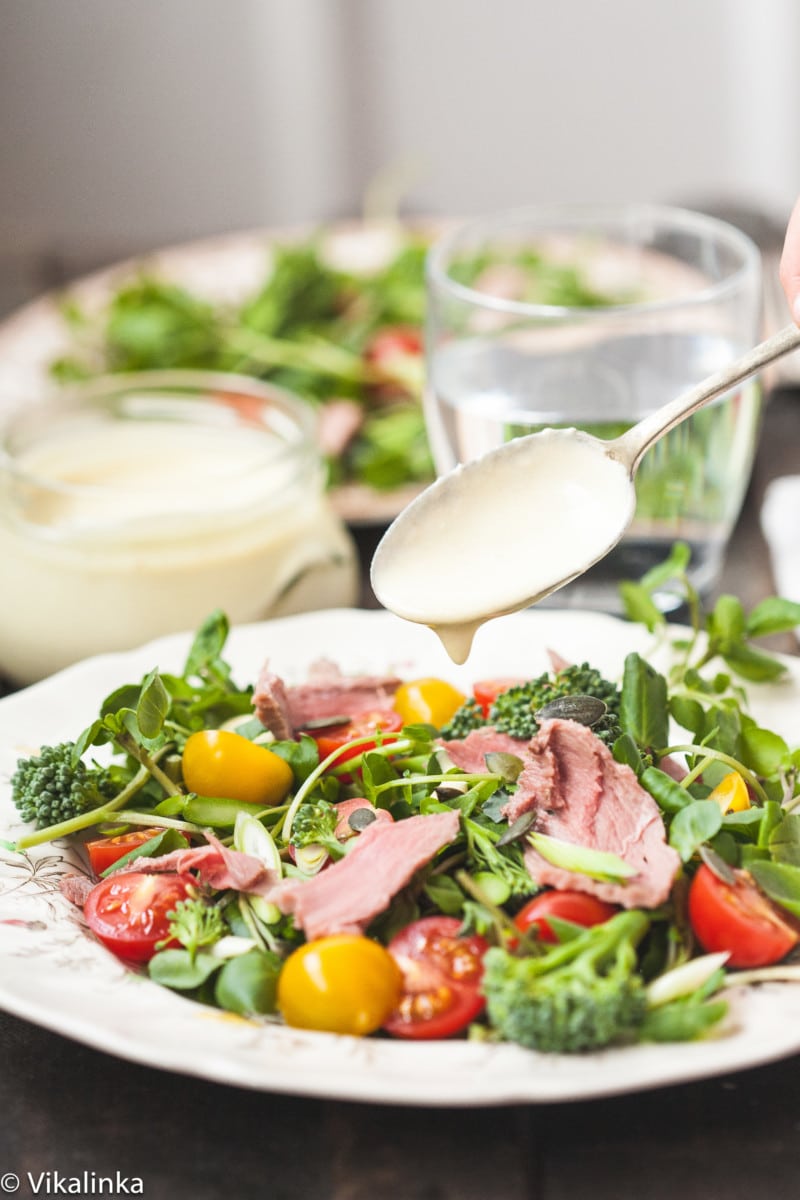 It has a mild peppery taste that is absolutely delicious in salads and is one of the best pairings for roast beef. If you are watching your weight, do you know that lean roast beef is just as good as chicken breast?

Variety is key here for sure.

I absolutely loved this watercress and roast beef salad, which actually became my dinner. 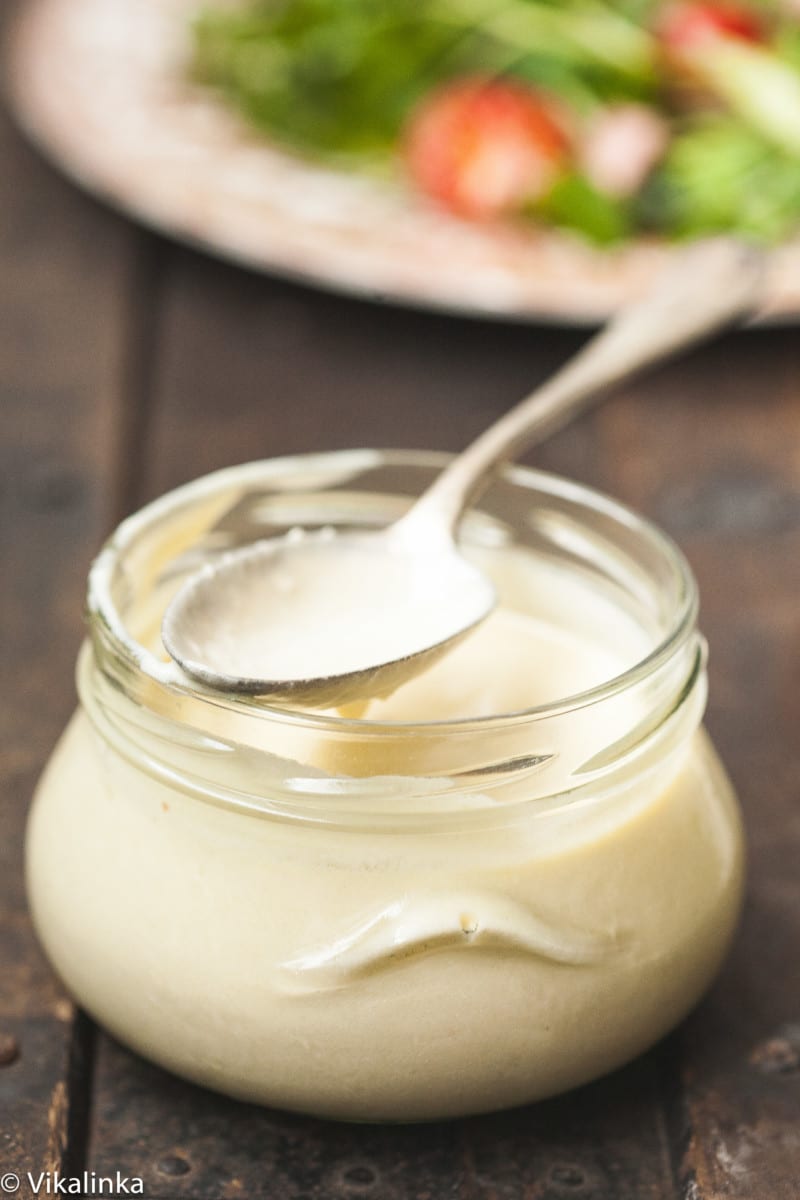 I was quite apprehensive that the horseradish dressing would become the dominant flavour but was pleasantly surprised that it did exactly what it was supposed to do-pulled all the flavours together without taking the center-stage.

I was so impressed with this unique and tasty dressing that I mixed up a whole jar, enough for many salads. 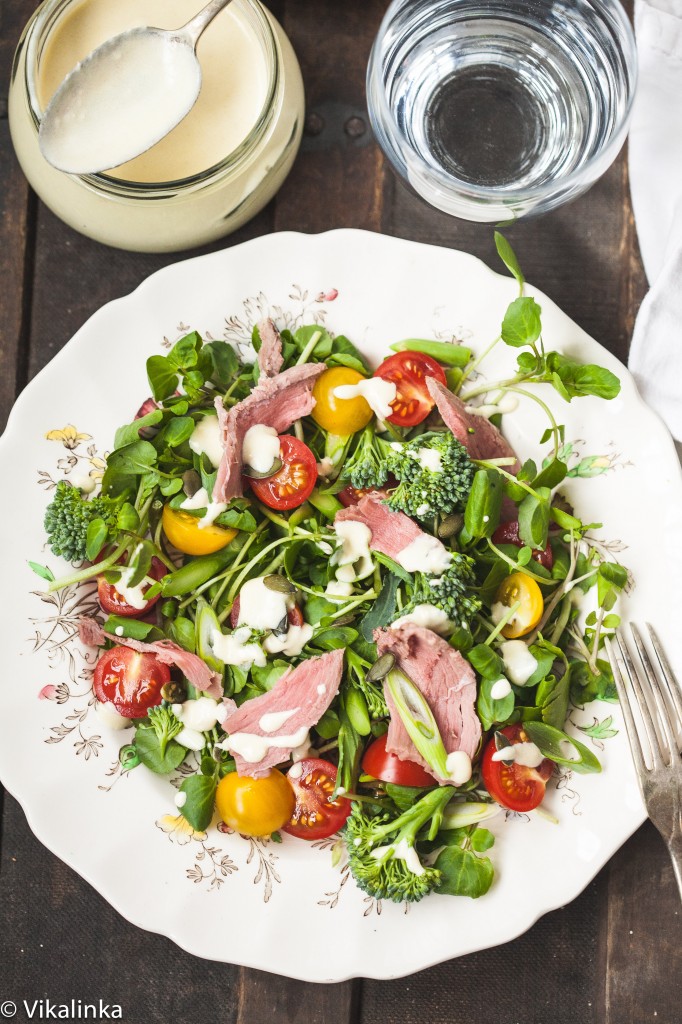 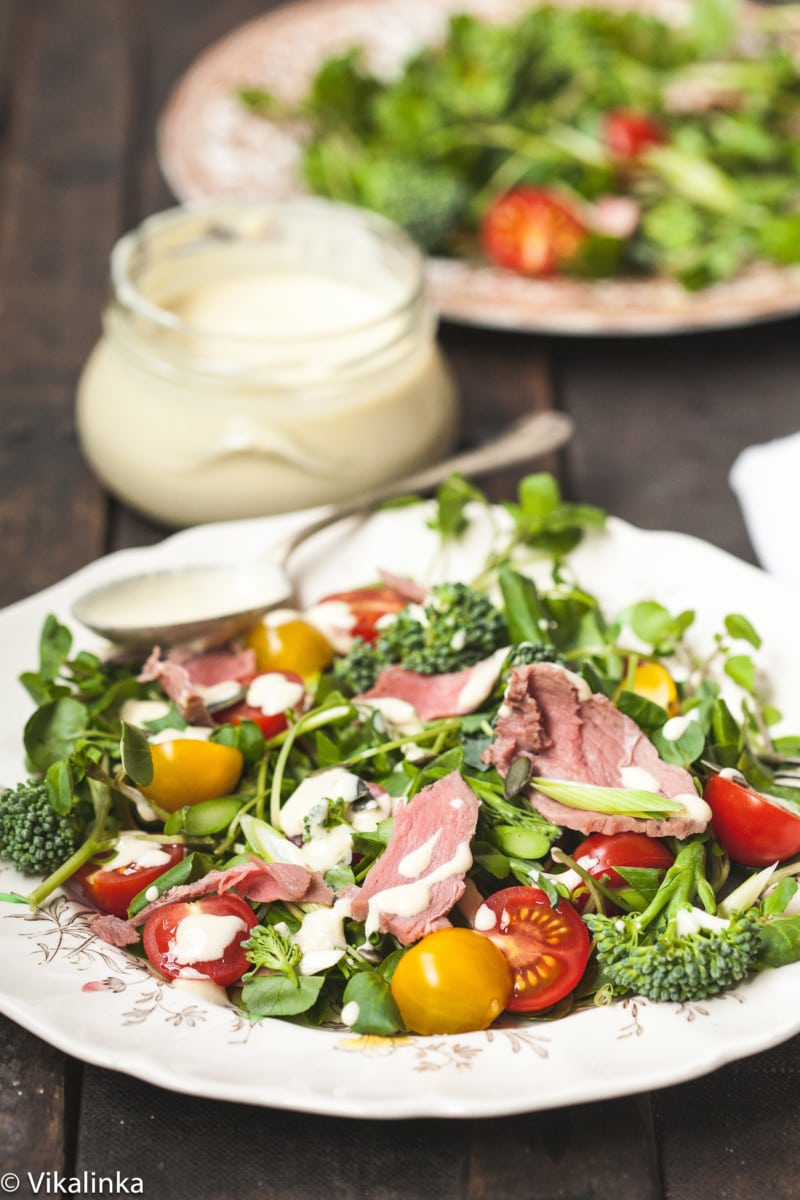 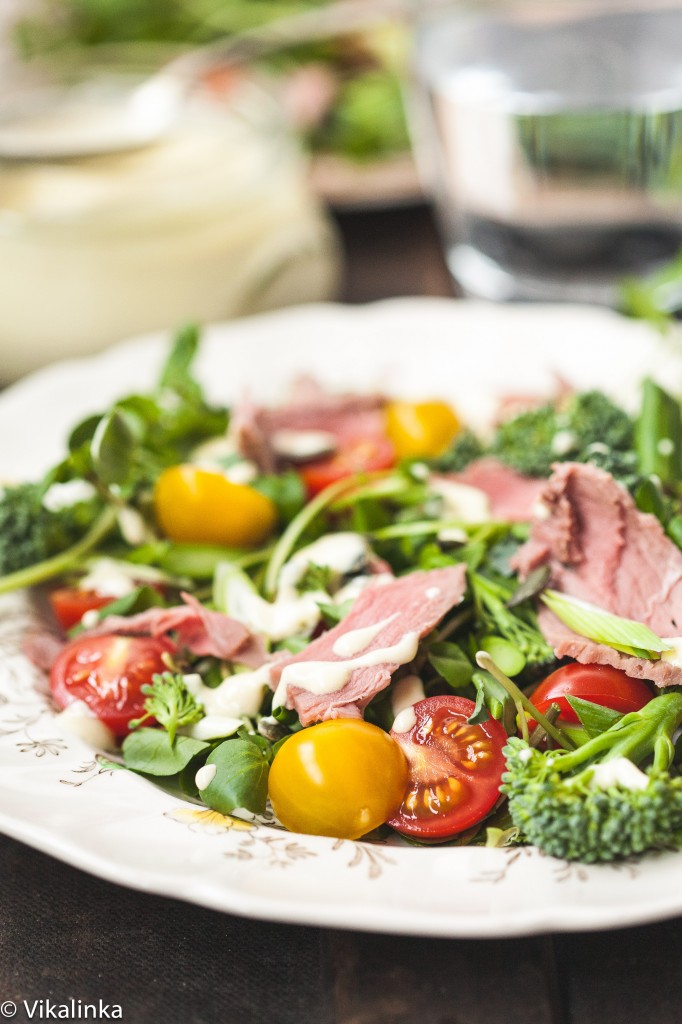 The recipe is adapted from Food and Wine “Quick from scratch one-dish meals cookbook”.